MIC has a long sporting tradition and is delighted to offer a number of sporting scholarships, bursaries and awards in recognition of the sporting excellence amongst our students.

These schemes  further develop the relationship between academic excellence, sports and well-being by providing additional supports to students whilst they pursue both their academic and sporting career.

Our range of schemes include:

Two elite scholarships, in memory of former MIC staff members Noreen Lynch and Leonard Enright, are available for those who have excelled in their chosen sport(s). The value of each scholarship is up to €4,000 and is delivered through a fee waiver and additional benefits. These scholarships are open to incoming applicants in addition to current undergraduate and postgraduate students across both Limerick and Thurles campuses.

Successful applicants for 2021/22 were:
Róisín Howard (PME) from Cahir in Tipperary. This is the second year that Roisin has been selected as an MIC Elite Sports Scholar, in recognition of her dedication to and success in Gaelic Games with both club and county. Roisin, who is a second year Professional Masters of Education (PME) student at MIC, has won All-Ireland Championships in both Gaelic Football and Camogie for the Premier County.

Dessie Hutchinson (BA in Education, Business Studies and Religious Studies, MIC Thurles): Waterford hurling star Dessie Hutchinson is the second recipient of the MIC Elite Sports Scholarship in recognition of his influential role with both club and county. The Ballygunner clubman is this year celebrating a third consecutive County Hurling title, with a total personal scoring tally of 12-73 over the three campaigns. He was also chosen as Man of the Match in two of the three finals. A key member of the Waterford Senior Hurling side, Hutchinson made his debut on the panel in 2020 and guided them to a final appearance against eventual winners Limerick.

The recently launched  MIC GPA (Gaelic Players Association) sees two postgraduate scholarships being made available per annum to members of the GPA who wish to undertake postgraduate study at Mary Immaculate College. The value of each scholarship is up to €4,600 for one year only and will be delivered through a full or partial fee waiver as applicable. NOTE: MIC will contribute 50% of the programme fee to a maximum of €2,300 with the GPA contributing the remaining 50% of the programme fee to a maximum of €2300.  If the programme fee is higher than €4,600 then the successful applicant will be liable for any shortfall that may exist.

Eligible scholarship applicants apply to their programme of choice at MIC through the normal procedures. See HERE for full list of MIC postgraduate programmes available and application details.

Deadline for scholarship applications has been extended to 30 June. For further details on these scholarships and eligibility criteria contact karen@gaelicplayers.com

Eligible scholarship applicants apply directly to the GPA for the MIC GPA scholarship indicating that have applied for a PG programme at MIC and supplying their application reference number.

GAA Bursaries, valued at €750, are awarded on an annual basis in recognition of sporting achievements of male and female students within the arena of intervarsity, club, county and regional Gaelic Games.  For further information on how to apply contact Joe.Redington@mic.ul.ie, Gaelic Development Administrator.

Please note these bursaries are not available for the 2021-22 Academic Year.

Munster LGFA funds three bursaries valued at €750 each, on an annual basis in memory of Rachel Kenneally, a B Ed graduate of MIC (Class of 2013). Rachael was a member of the College team that won the Giles Cup in 2012 and also played inter-county football with Tipperary. She passed away after a long illness in March 2018.

Applicants must be a member of an LGFA club in a Munster county. For further information on how to apply contact Ciara.Cregan@mic.ul.ie, MIC Sports Officer. 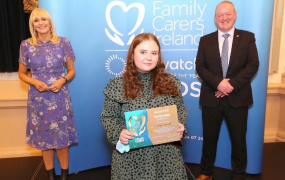 MIC Student chosen as Munster Young Carer of the Year 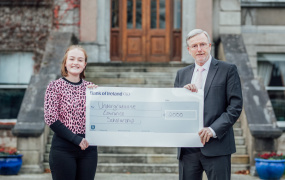 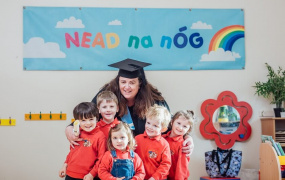 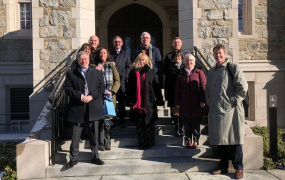