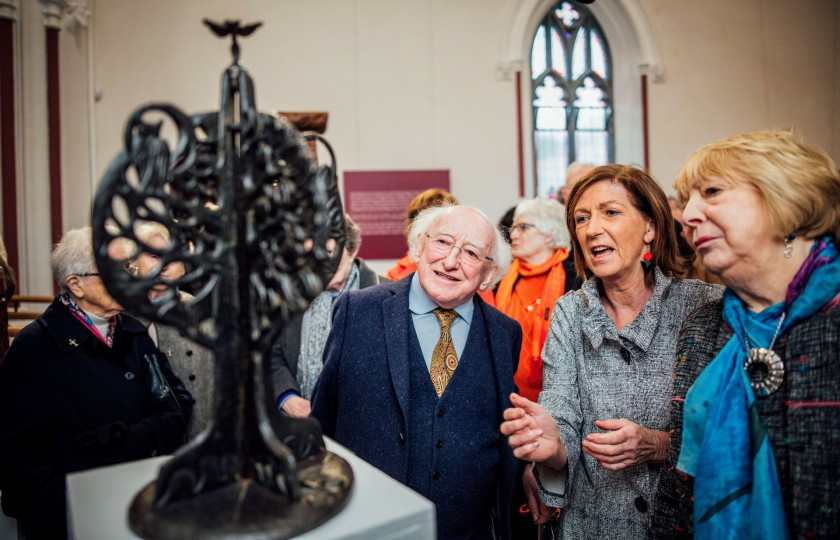 President of Ireland, Michael D. Higgins visited Mary Immaculate College (MIC) on Tuesday 6 December to officially open Imogen Stuart: In Her Hands, by lreland's leading sculptor, Imogen Stuart. Featuring over forty pieces of work created by the renowned artist, this is both Imogen's first solo exhibition in over two-decades and her largest exhibition to date in her seven decade career.

In 2010, President of Ireland Mary McAleese presented Imogen with the McAuley Medal, the highest award that can be bestowed by MIC, in recognition of her long standing relationship with MIC and her lifetime contribution to the arts in Ireland. 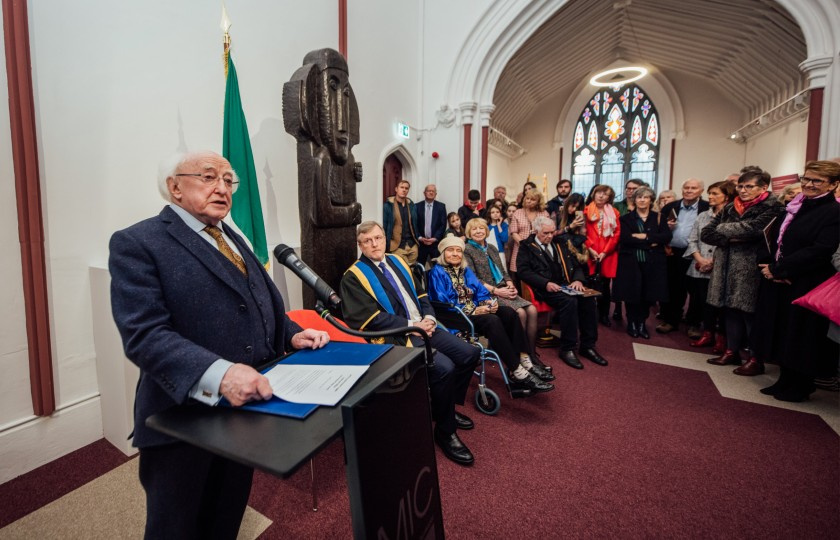 President Michael D. Higgins
Pictured speaking at the launch of Imogen Stuart: In Her Hands exhibition at MIC

Speaking as he launched Imogen Stuart: In Her Hands, President Higgins said: “Today we celebrate a selection of Imogen’s life’s works in the beautiful surroundings of the former chapel of the John Henry Newman Campus here in Mary Immaculate College. Recently converted, as it now is to, as well as being an exhibition space, being home to the Research and Graduate School. What an appropriate space it is for today’s inaugural exhibition, a place where students and staff can come to view and immerse themselves in Imogen Stuart’s affecting sculptures. As a nation we can be deeply grateful to Imogen for her great spirit of generosity and for the rich wealth of public art which has so enhanced our society and our shared environment. She continues to greatly enrich the lives of many, not only through her inspiring and challenging work, but by the way she communicates her committed vision of art as something that must be accessible, available and viewed as a tool of democracy, liberated from barriers of class and privilege”

Born in Berlin in 1927, Imogen is the daughter of the art critic and author, Bruno E. Werner. She took up drawing and sculpting at a young age and became a pupil of the famous German expressionist sculptor, Professor Otto Hitzberger following the Second World War. It was while a student of Hitzberger’s that she fell in love with a fellow student, Irishman Ian Stuart, the grandson of Maude Gonne – and moved to Ireland with him in 1949 before they married in 1951. Taking up residence in Laragh Castle near Glendalough in County Wicklow, Stuart developed a keen interest in Ancient Irish art and Christian literature and poetry which served as a muse for her creative practice. Many of her works can now be found in churches and public spaces across Ireland. Some of Stuart’s most significant commissions include the Stations of the Cross in Mickross, Ballintuber Abbey and Firhouse, Tallaght; the interiors of Castleknock Church and Burt Church (which was later voted ‘Irish Building of the 20th Century’) and the large bronze sculpture of Pope John Paul II in Maynooth; the gravesite of President Erskine Childers; the official bronze busts of former President Mary Robinson for Áras an Uachtaráin and Sean MacBride for Iveagh House; and many others. 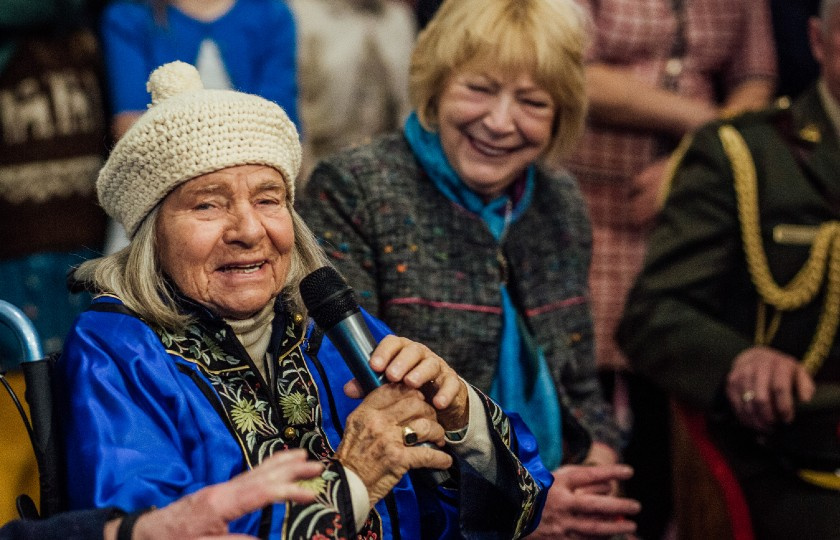 WATCH: Imogen Stuart: In Her Hands

During Stuart’s illustrious career she has been awarded many accolades, including the Oireachtas art exhibition award (1972) and the ESB Keating McLoughlin Award at the Royal Hibernian Academy (RHA) annual exhibition (also 1972), and the Cross of the Order of Merit of the Federal Republic of Germany: the highest tribute the Federal Republic of Germany can pay to individuals for services to the nation.

Imogen was elected a member of Aosdána in 1981 and a full member of the RHA in 1990. She was elected by the RHA as a Professor of Sculpture in 2000 and received honourary doctorate degrees from Trinity College in 2002, UCD in 2004 and NUI Maynooth in 2005. Imogen was elected Saoi of Aosdana on 15 September 2015 in a ceremony presided over by President of Ireland Michael D. Higgins, joining previous Saoithe Samuel Beckett, Louis LeBrocquy, Brian Friel, Sean O Faolain, Patrick Collins and Mary Lavin in the distinction.

Speaking at the launch of the exhibition, Imogen said: “I am so pleased about having this exhibition in Mary Immaculate College with whom I have a long association. It is my largest exhibition and is even more special having it displayed in this new beautiful setting.” 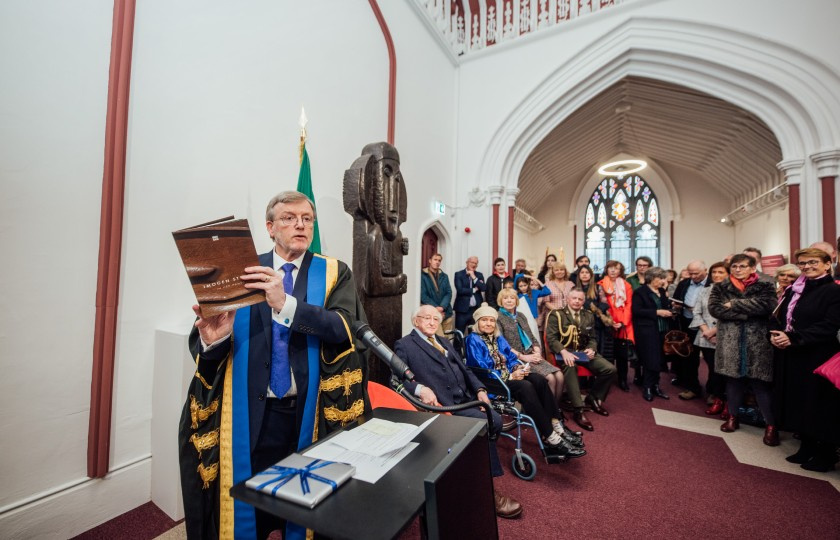 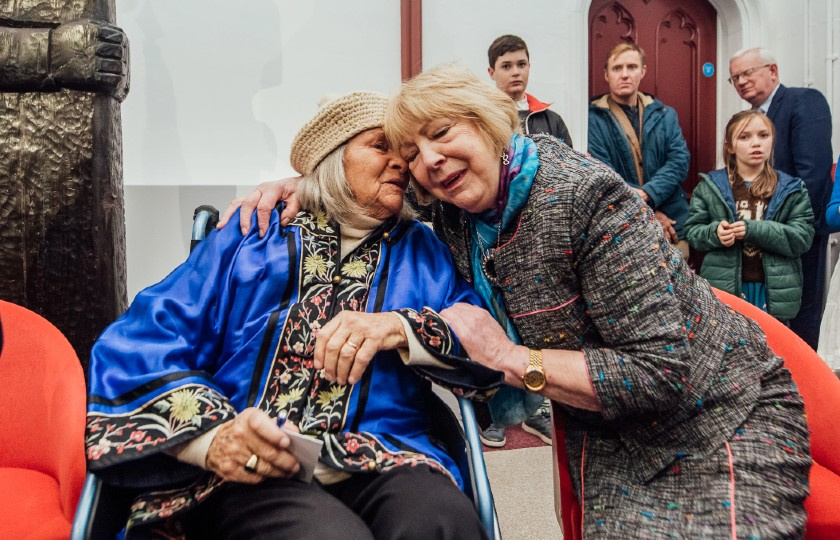 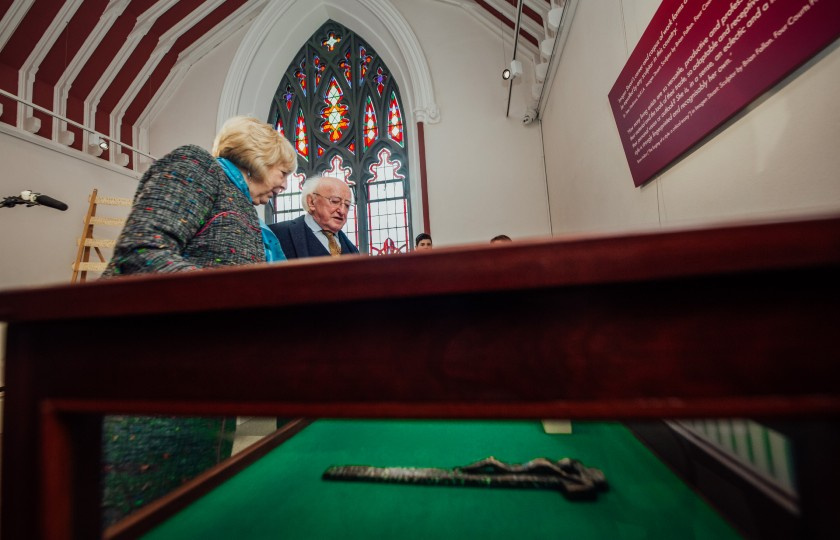 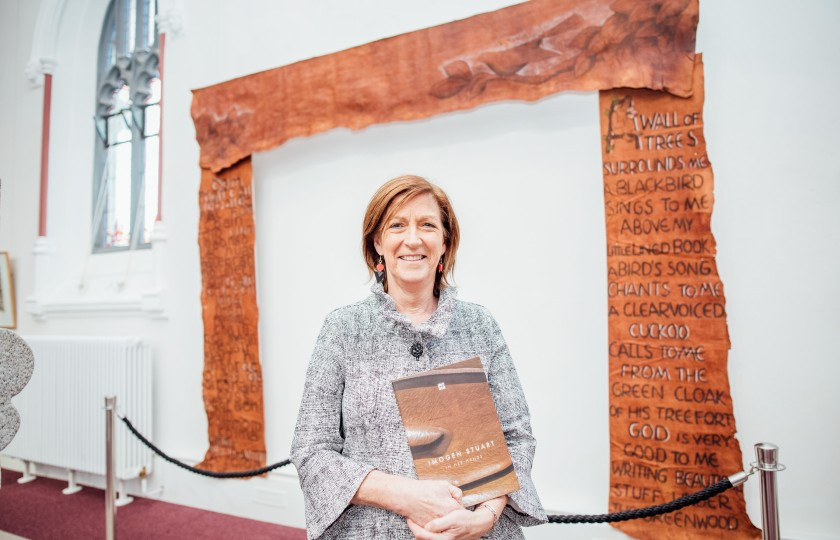 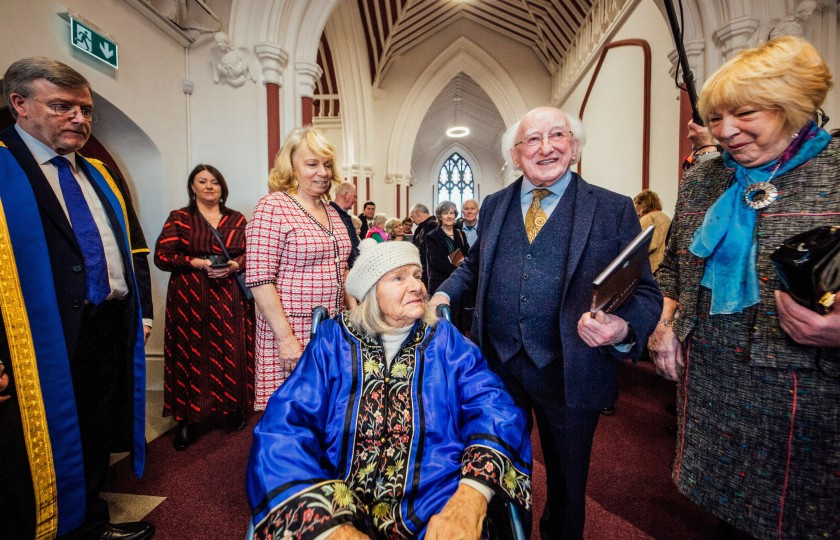 According to Professor Eugene Wall, President of MIC: “Mary Immaculate College has long wanted to celebrate the work of Imogen Stuart RHA, whose association with the College goes back more than 60 years. It is a great honour to celebrate Imogen and her contribution to the Arts in Ireland by hosting this exhibition. What a privilege it is for our staff and students to be surrounded by these wonderful artworks offering a source of inspiration and reflection.”

Imogen Stuart: In Her Hands will remain open to the public from 7 December until 31 January 2023 (closed 23 December – 2 January). For further information on Imogen, the exhibition and opening hours please click here.