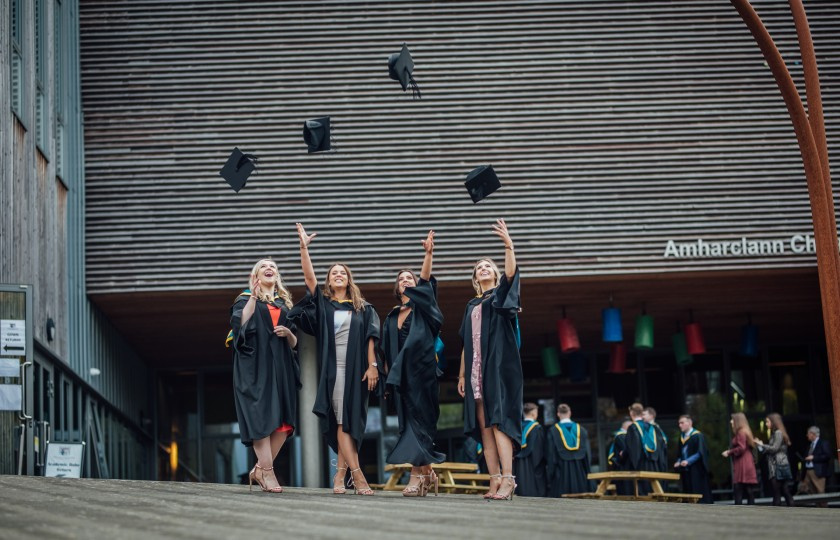 There were many scenes of jubilation and celebration at Mary Immaculate College (MIC) this week as MIC’s conferring ceremonies made a very welcome return to campus after being held online last year due to public health constraints.

Over the course of the two days, close on 1,500 students from 28 counties, 18 countries and 4 continents conferred with academic awards across the College’s 30+ programmes.

Speaking in advance of the ceremonies, Minister for Further and Higher Education, Research, Innovation and Science, Simon Harris TD, congratulated all those graduating in a specially recorded video saying: “All graduations are to recognised and celebrated. However, this year’s group of graduates and your peers throughout the country have persevered with your studies through an unprecedented and challenging time, so your successful completion is more impressive.”

A special ceremony was held on Thursday evening with Niall Collins, TD, Minister of State at the Department of Further and Higher Education, Research, Innovation and Science, in attendance to celebrate the conferring of degrees on more than 40 PhD and Master’s postgraduate students. This celebratory event saw the highest number of research degrees being awarded in the College’s history with 25 graduates from 2021 receiving doctoral awards.

There were a number of other firsts witnessed over the course of the two days including the first cohort to graduate from MIC’s M Ed in Leadership of Wellbeing in Education (M Ed LWE) programme, the only master’s programme of its kind offered in Ireland. The M Ed LWE programme, now in its third year, has been gaining increasing momentum in terms of profile and participation and more recently received endorsement from the Centre for School Leadership (CSL) in recognition of its excellent innovation and relevance to current Irish Education policy and practice.  Commending this unique programme Minister Harris noted that it was the only programme of its kind in Ireland and expressed his hope that other HEI’s would follow suit and incorporate wellbeing into their own programmes of study. 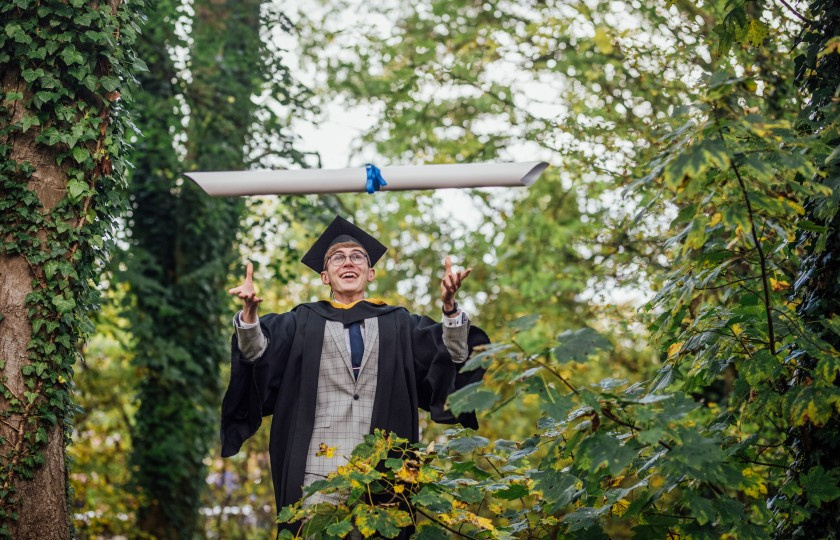 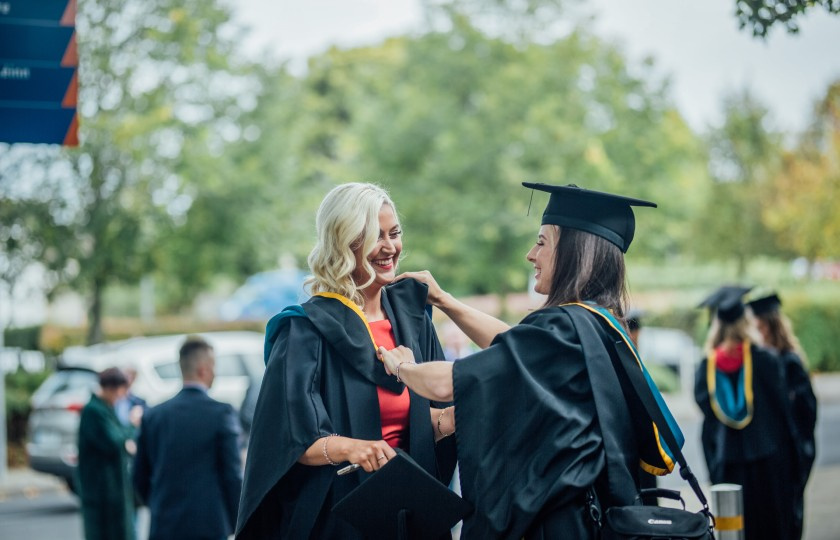 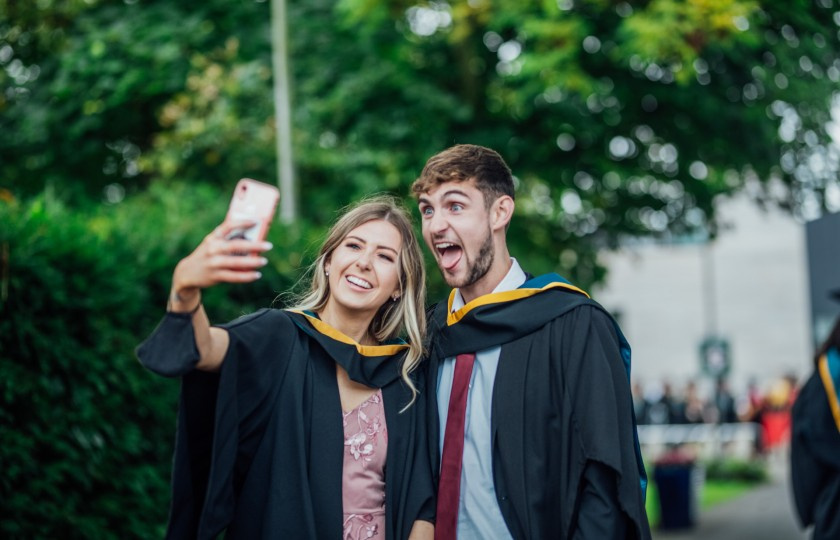 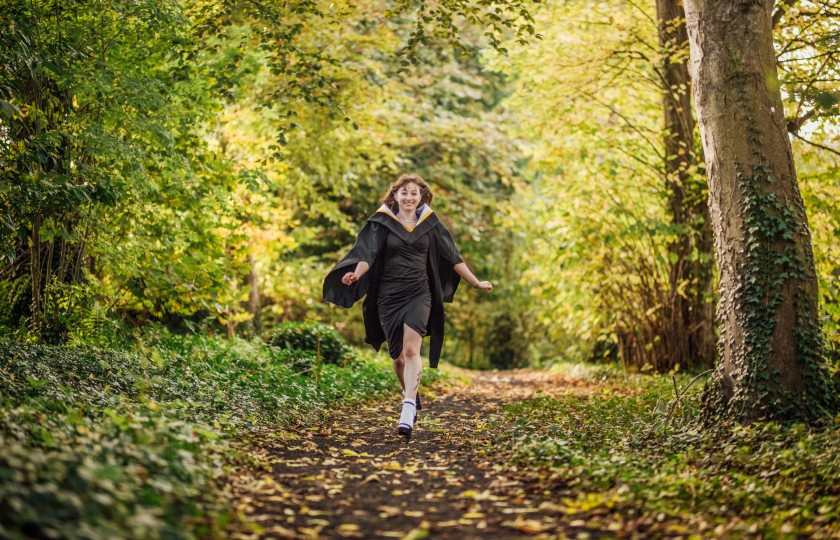 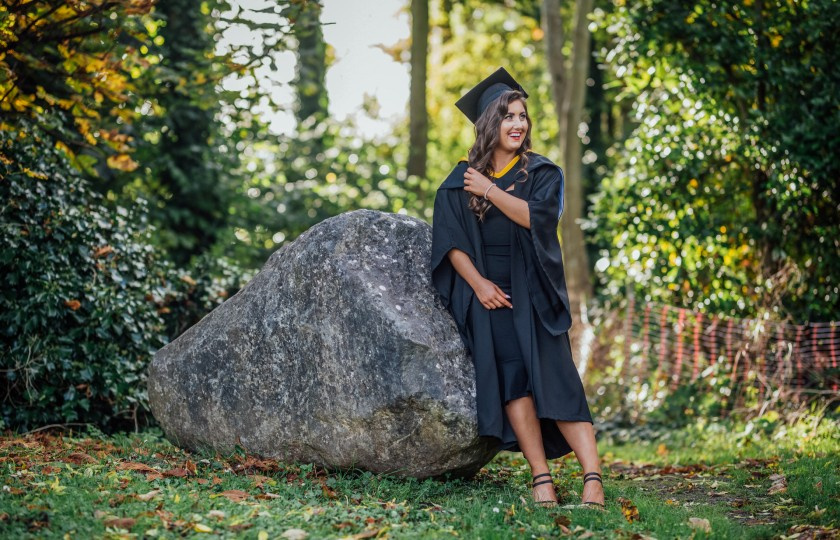 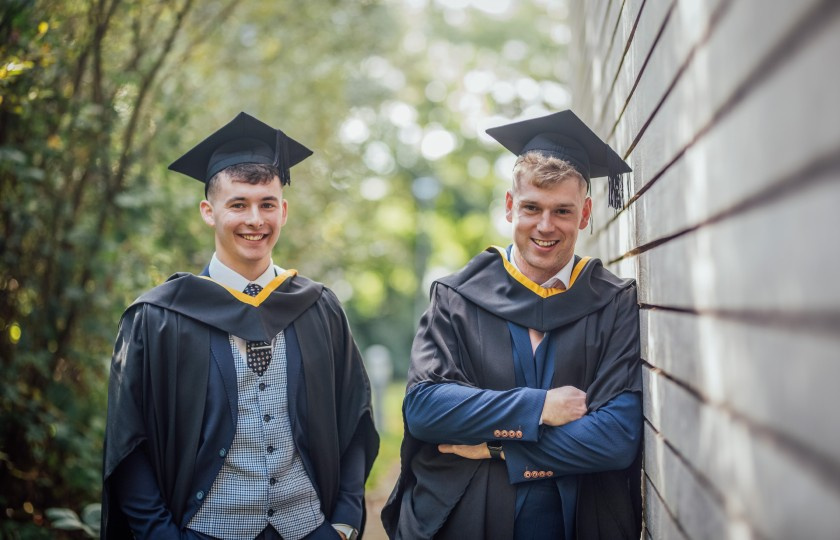 A number of award winners were recognised for their remarkable achievements over the course of the four ceremonies including Cillian O’Sullivan from Model Farm Road, Cork, who was awarded the College Gold Medal for achieving first place on the B Ed in Education (Primary Teaching) & Psychology programme. He was also the proud recipient of this year’s Carlisle and Blake Prize, presented by the Department of Education & Skills, to the graduate who was awarded first place in Education, Theory and Practice; the Bonn Vere Foster Award, presented by the INTO, for obtaining first place in Teaching Practice and the Certificate in Religious Education Medal, presented by the Limerick diocese, for achieving first place on the Certificate in Religious Education programme on the Bachelor of Education (Primary Teaching) & Psychology programme.

Edel Shanahan from Thurles Co. Tipperary, a graduate of the Bachelor of Arts in Education, Business Studies and Religious Studies programme at MIC Thurles, was awarded the College Gold Medal for achieving first place on the BA in Education (Post-Primary Teacher Education) programme.  She was also the proud recipient of the Saint Bonaventure Trust Prize for achieving first place in Theology and Religious Studies on the Bachelor of Arts in Education programme; the ASTI Medal, presented by the ASTI to the graduate who excels in education and school placement and the TUI Medal, presented by the Teachers’ Union of Ireland, in recognition of academic excellence in her education portfolio.

Speaking at the event Professor Eugene Wall, President of MIC, told the graduating Class of 2021 that they “were asked to do something that was never asked of any preceding graduating classes. You were asked to sacrifice your final year of study on campus” and he congratulated them for their collective efforts.

Wishing them well for the future, he said: “My earnest wish for you is that the personal qualities and characteristics that you have developed will be key assets in enabling you to flourish both professionally and personally.”

A number of MIC Alumni took time out of their busy careers to deliver a special message of congratulations to the Class of 2021, including MIC Alumni Recipients 2019 Pat McDonagh (Businessman and founder of Supermacs) and Róisín Meaney (bestselling author); star of RTE’s Home & After School Hub, Múinteoir Ray (Cuddihy); RTÉ journalist, Petula Martyn; Olympian and Ireland women's field hockey international, Naomi Carroll and former CEO of the Teaching Council, Áine Lawlor, to name but a few. Watch what they had to say here.

In attendance at the various ceremonies over the two days were Councillor Tom Ruddle, Deputy Mayor of the City and County of Limerick; Niall Collins, TD, Minister of State, for the Department of Further and Higher Education, Research, Innovation and Science;  Chairperson of the Board of Trustees and Governing Authority of MIC, Bishop Brendan Leahy, Bishop of Limerick; and Provost/Deputy President of the University of Limerick, Professor Nigel Healey.