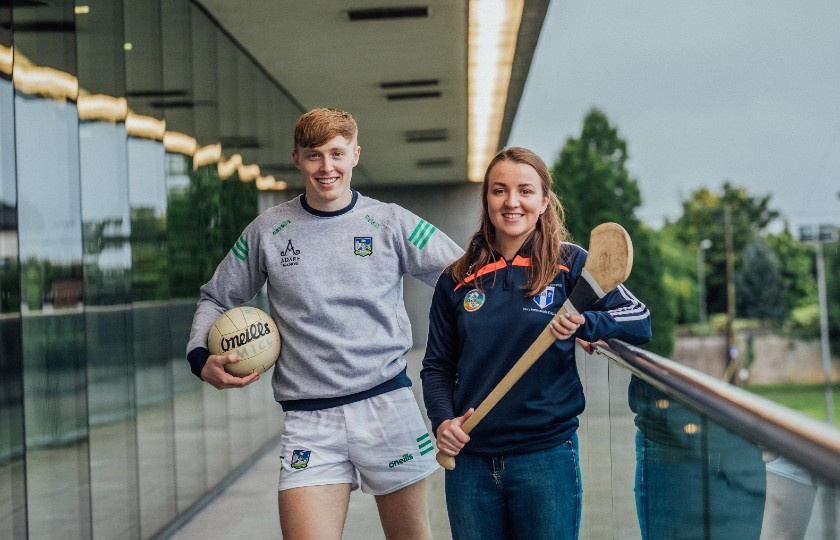 Mary Immaculate College (MIC) and the Gaelic Players Association (GPA) are delighted to announce Limerick footballer Pádraig de Brún and Limerick camogie player Caoimhe Costelloe as the first awardees of the MIC GPA Scholarship Scheme. The newly established scholarship is the result of a partnership between MIC and the GPA, in an extension of the proven track record both have for promoting sport and education.

The MIC GPA Scholarship Scheme is open to GPA members who have applied for and are successful in securing a place on MIC’s postgraduate programmes in education and the liberal arts. Two scholarships are offered on an annual basis. 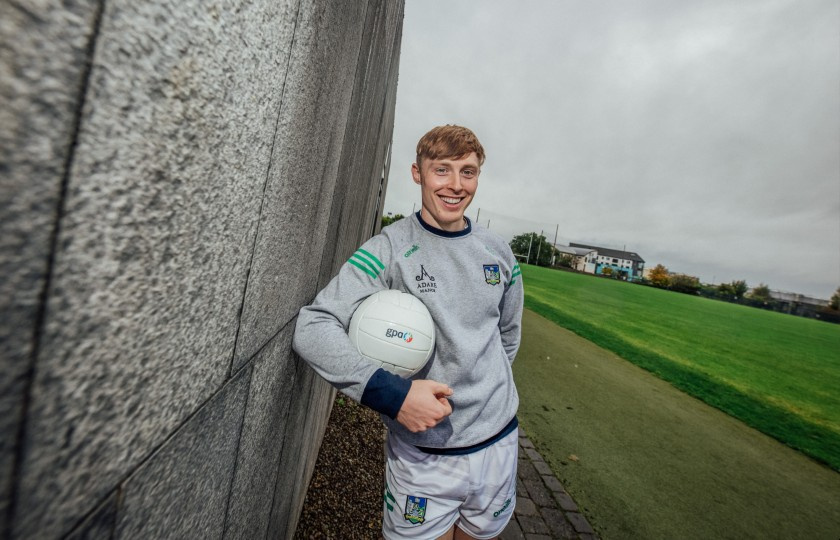 Limerick Footballer Pádraig de Brún was awarded the Scholarship in recognition of his commitment to his education while also succeeding on the sports field. Previously playing with East Kerry, de Brún won a County Championship Minor Football Medal in 2013 and captained East Kerry Minors in 2014. He won a County Championship Senior Football Medal with East Kerry Seniors in 2019. A member of the Limerick Senior Football Team since 2017, de Brún holds McGrath Cup & Division 4 Allianz National League Medals with the Shannonsiders. Off the field he is teaching at Limerick’s Ardscoil Rís, where he also attended, and is currently studying the M Ed in Middle Leadership and Mentoring at MIC’s Thurles campus, having previously received a first-class honours at Diploma level. He completed his BA & PME at University College Cork. 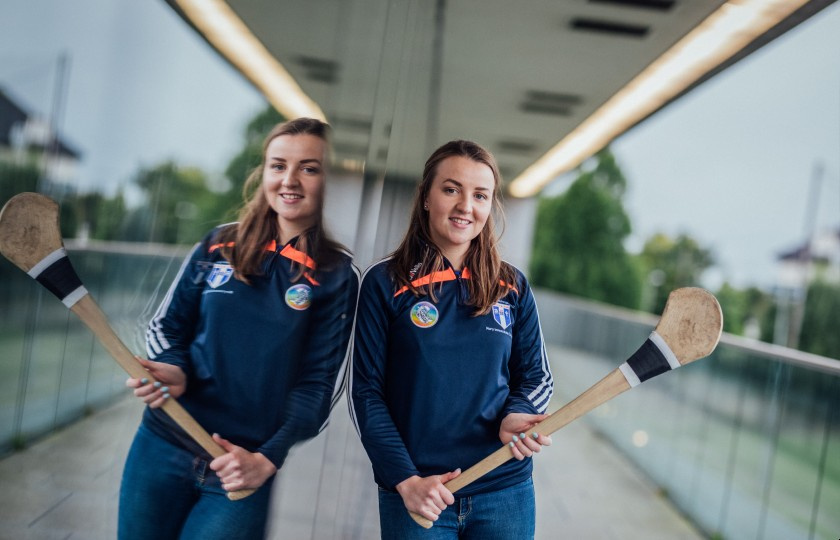 Caoimhe Costelloe has been a standout player for Limerick’s camogie side since 2013 when she won a Division 2 League Title. The following year, she won the Soaring Star award for her part in taking the All Ireland Premier Minor title and the All Ireland Intermediate title. In 2015, she was a Purcell Cup winner with MIC while studying as a Bachelor of Education, from which she graduated in 2018. Costelloe helped Limerick to a 2017 Munster Senior Camogie Championship win and in 2021 scored eight points against Clare to secure the Treaty another place in the final, against eventual Munster champions Cork. She is completing a Masters in MIC and is a Primary School teacher at Our Lady’s Abbey GNS in Adare.

Under the scholarship, MIC will contribute 50% of the successful applicants programme fees while the GPA will contribute the remaining 50%. As recipients, both Costelloe and de Brún become ‘MIC GPA Scholars’ and will take up a key role as ambassadors within MIC’s sporting community in an effort to support the Gaelic Games at the College. 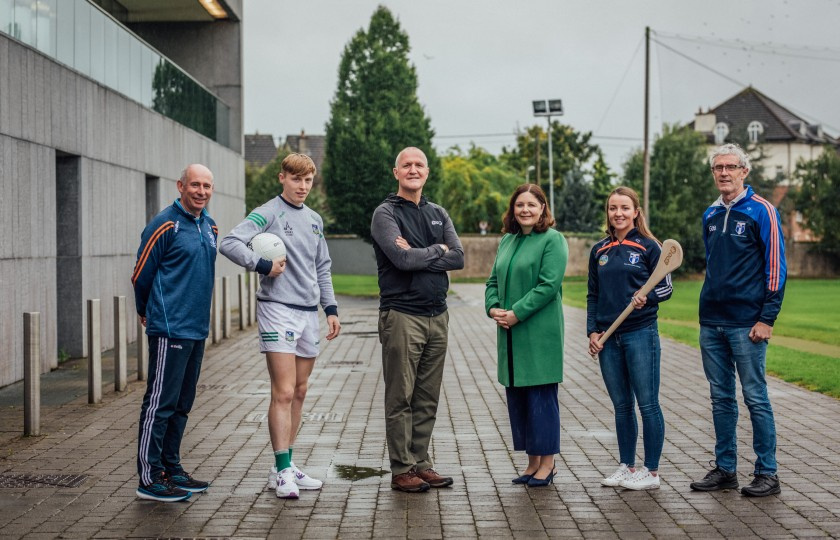 Congratulating both Caoimhe and Padraig at MIC recently was Vice-President of Academic Affairs at MIC, Professor Niamh Hourigan who said: "We are delighted to partner with the Gaelic Players Association in the establishment of these postgraduate scholarships. Not surprisingly the calibre of applicants to the scheme this year was very high and we had a difficult task in choosing just two successful recipients. However, Pádraig and Caoimhe are worthy recipients and we are delighted to be able to support them in this way as they further their academic journey at MIC whilst continuing to pursue their sporting career. On behalf of MIC, I wish them all the best with their studies and look forward to seeing them on the field."

Also in attendance at the presentation was Head of Finance and Operations at the GPA Ciarán Barr who said: “At the GPA we’re committed to supporting the education and development of our members and are delighted to have the support of educational institutions around the country including MIC which is essential if we are to be able to do this.  I would like to thank the team at MIC for their backing of inter-county players. Most importantly I would like to congratulate Pádraig and Caoimhe on being selected and wish them well in their studies.”

For further information on this and other MIC scholarships please see www.mic.ie/scholarships. 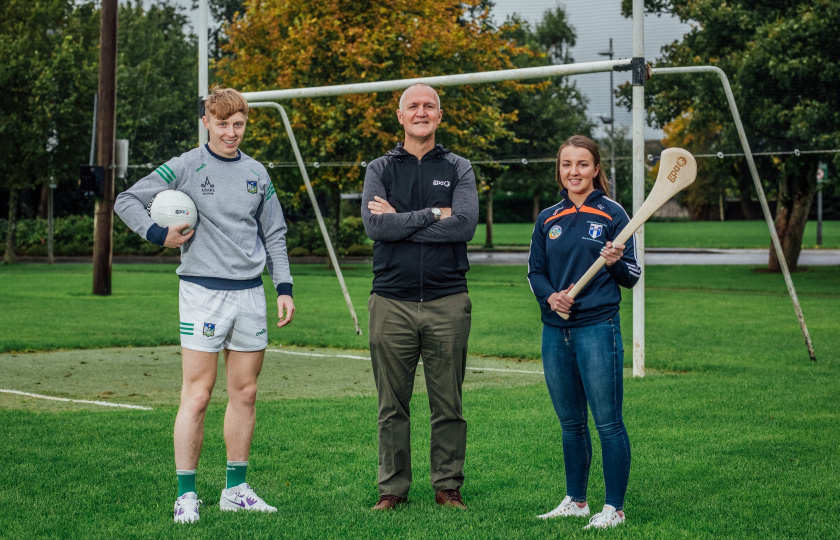