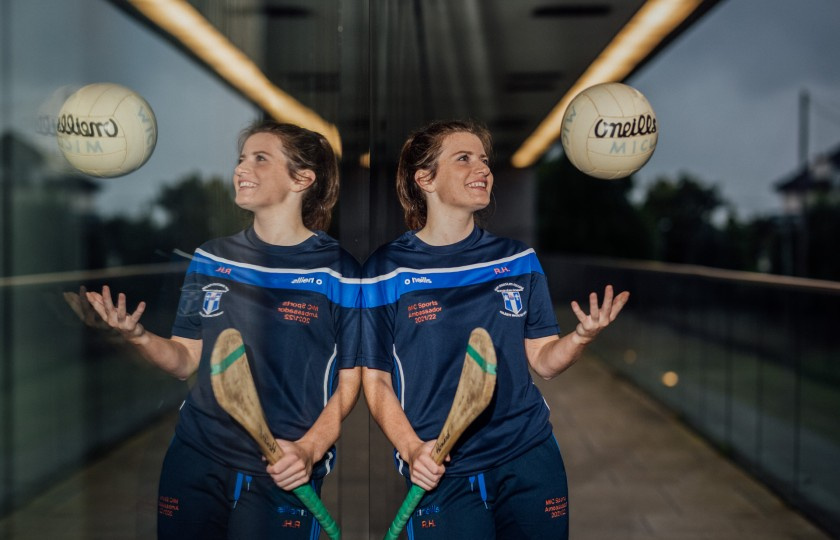 The MIC Elite Sports Scholarship scheme, now in its second year, is open to current or incoming MIC student who has demonstrated their abilities as outstanding athletes and is aimed at helping the awardees balance dedication to furthering their academic and sporting prowess. The Scholarship is dedicated to the memory of former MIC staff members and sporting stalwarts Noreen Lynch and Leonard Enright.

This is the second year that Tipperary’s Roisin Howard has been selected as an MIC Elite Sports Scholar, in recognition of her dedication to and success in Gaelic Games with both club and county. Roisin, who is a second year Professional Masters of Education (PME) student at MIC, has won All-Ireland Championships in both Gaelic Football and Camogie for the Premier County. She was this year part of the Senior Camogie team who were narrowly defeated by eventual winners Galway in the All Ireland Semi-Final, as well as receiving the RTE Player of the Match award for her performance against Waterford in the Quarter Final. In 2019, Roisin was a HEC Ladies Football All-Star and an All-Ireland and Munster Intermediate Football Champion with her County. She’s also a key member of her club, Cahir, and has guided them to several County Football titles, including being named the Player of the Match for the 2020 Tipperary Senior Ladies Football final. Her sporting success is also evident in her participation in third level sports where she is the holder of four Ashbourne Cup medals and two O’Connor Cup medals. 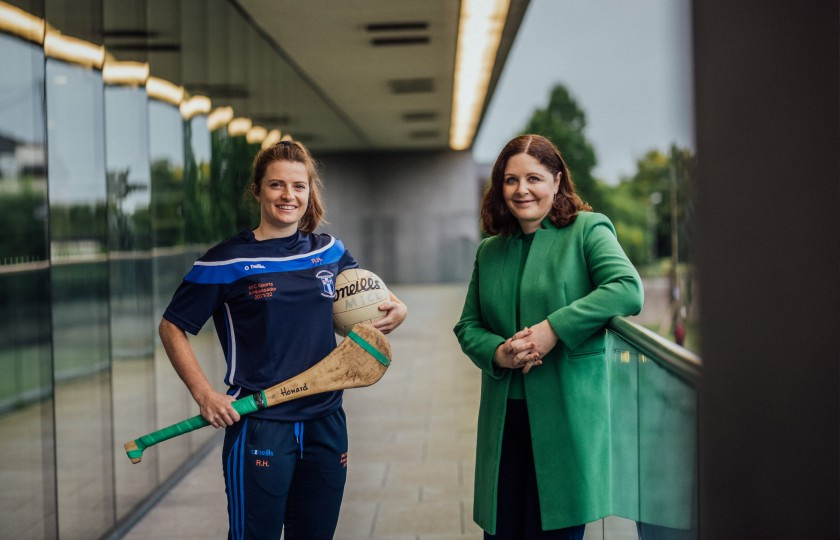 Commenting on her selection as recipient of the MIC Elite Sports Scholarship, Roisin said: “It is a huge honour and privilege to be a recipient of such a great sports scholarship from MIC for the second year in a row. This is particularly the case when you consider the sporting success and wide variety of candidates that applied for this scholarship. I’m thrilled to be acknowledged as a top sports person within the college and I really look forward to continuing to represent MIC both on and off the pitch to the best of my ability. I also appreciate being recognised for my efforts in promoting Camogie and Ladies Football and I endeavour to be a role model for other young players. Being an elite sportswoman who represents her club, college and county in both codes all year round means it is sometimes difficult to keep all aspects of my life moving in an upward direction. Therefore, this scholarship will provide me with the financial assistance necessary to assist me in performing in my sports to the best of my ability without having any financial worries during the academic year.” 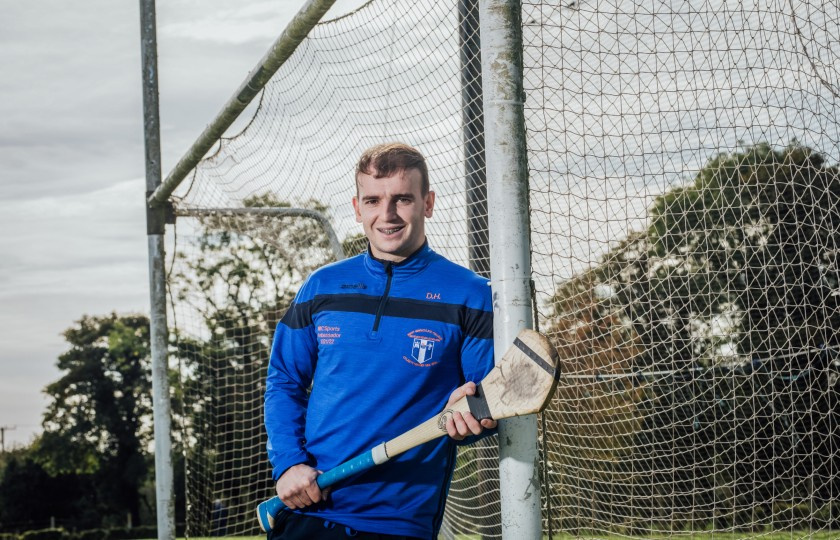 Waterford hurling star Dessie Hutchinson is the second recipient of the MIC Elite Sports Scholarship in recognition of his influential role with both club and county. The Ballygunner clubman is this year celebrating a third consecutive County Hurling title, with a total personal scoring tally of 12-73 over the three campaigns. He was also chosen as Man of the Match in two of the three finals. A key member of the Waterford Senior Hurling side, Hutchinson made his debut on the panel in 2020 and guided them to a final appearance against eventual winners Limerick. Before opting to focus on GAA, Dessie also excelled on the soccer pitch where he was a member of the Republic of Ireland’s U19s squad, Brighton & Hove Albion’s EFL and Premier League side and later Waterford FC’s team. Dessie is a second year BA in Education, Business Studies and Religious Studies student based at MIC's Thurles campus.

Reflecting on his selection as an MIC Elite Sports Scholar, Dessie said: “I am really proud and honoured to be chosen for the Elite Sports Scholarship. It gives me the chance to put more dedication into my sport without having to worry about travel commitments or financial difficulty, so it will certainly have a positive impact on both my studies and on-pitch performances. This endorsement from MIC is also hugely appreciated and a valuable source of confidence in my own sporting abilities. I look forward to taking up my role as a sporting ambassador too and proving that achieving both academic and sporting success is possible.” 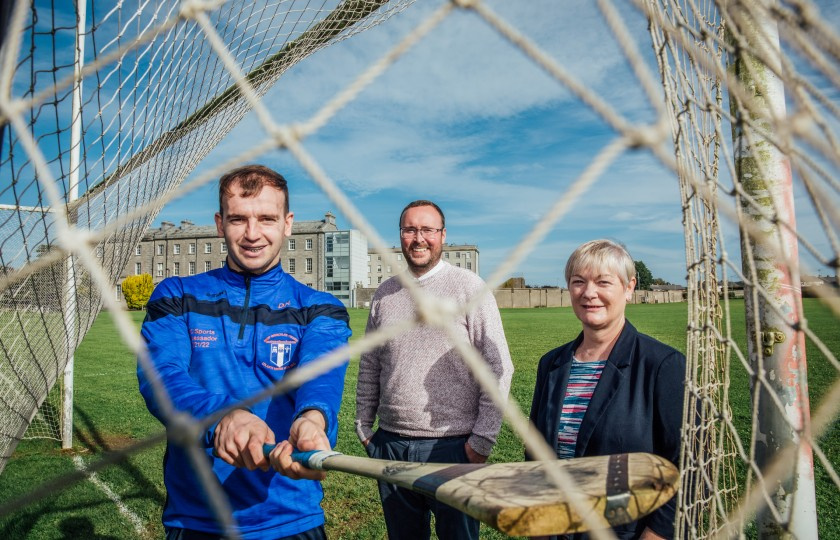 Congratulating the awardees, Professor Niamh Hourigan, Vice-President of Academic Affairs at MIC said: “I warmly congratulate this year’s awardees, Roisin and Dessie, on being selected as this year’s Elite Sports Scholars. This is the second year of the scheme and we noticed a remarkably high skill level in those who applied. Our worthy awardees have proven their sporting excellence with both club and county and have also committed themselves entirely to their academic success, so we are delighted to be recognise their dedication across both disciplines. In particular, Roisin’s selection for a second successive year is worth sincere commendation. As our Elite Sport Scholars, both Dessie and Roisin also serve as our sporting ambassadors, and we’re proud to have such inspirational role models wearing the MIC crest.”

Applications to MIC’s Elite Scholarship Scheme, will open on Friday 5 November to incoming applicants and current undergraduate and postgraduate students across both the Limerick and Thurles campus.

Applications to MIC’s CAO Points Concession Scheme, an academic entry scheme for sporting candidates applying for a full-time Level 8 Undergraduate programme at MIC Limerick or Thurles, will also be opened on 5 November. Deadline for receipt of completed applications to both schemes is 1 May 2022.