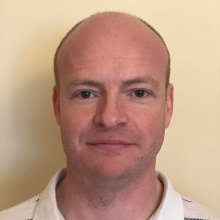 Dr. Steven Bond has lectured in a broad range of disciplines including philosophy, theology and literature. Research interests include Ethics, Philosophy and Literature (with an emphasis on Irish literature such as Joyce and Beckett) and the philosophy of Wittgenstein, which was the topic of his PhD thesis. Dr. Bond also works as a specialist grant writer, helping corporates contribute to the European Green Deal transition to a clean circular economy which will combat climate change and promote biodiversity. This work is consistent with his academic interests in Environmental Ethics.

His Ph.D. thesis, Tractarian Holism: Transcendental Solipsism in the Context of the Kantian Tradition, explored the influences of German idealist thought on the early logical work of Ludwig Wittgenstein.

2015 Recipient of two University of Limerick presidential Letters of Excellence for exam performances in Software Development.

2001-04 Awarded the MIC Studentship, of which two are awarded annually to full time post-graduate research students across all disciplines in Mary Immaculate College, Limerick.

‘The Occlusion of René Descartes in Ulysses and Finnegans Wake’, Journal of Modern Literature 35.4, 2012.

‘A Critical Appraisal of Amini’s ‘Consciousness and the Alleged Failure of Analytic Philosophy’ Philosophical Frontiers, 3.1, 2008.