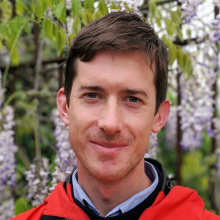 I am an urban and social historian of modern Ireland and (to a lesser extent) of modern India, with a background in architectural history and engineering. I work broadly across the modern period and have published on subjects ranging from the 1740s to the 1970s. I studied engineering, and later history of art, at St John's College, Cambridge. For my MPhil, also at Cambridge, I studied British colonial architecture in India with Prof. Gavin Stamp. I then worked as a journalist in Kathmandu and as a book editor in Ireland, and returned to Cambridge as a Gates Scholar for my doctoral studies, under the supervision of Dr. Frank Salmon. My thesis explored the architectural, social and political history of the Irish courthouse and prison in the eighteenth and nineteenth centuries. During the course of my PhD studies, I held a Fulbright Scholarship at the Department of History, University of Wisconsin-Madison, USA, where I was supervised by Prof. James S. Donnelly, Jr. Between 2015 and 2021 I was Lecturer, and later Senior Lecturer, in Urban History at the University of Leicester. In June 2017 I was a Moore Institute Visiting Fellow at the National University of Ireland, Galway. In February-March 2019 I was a Visiting Fellow at the Centre for Urban Studies, Maharaja Sayajirao University of Baroda (MSU), Vadodara, India. In 2020-21 I was a Visiting Fellow at the School of History, University College Cork (UCC), Ireland. I grew up in Bantry, Co. Cork, and outside of my academic work I am a keen hiker, sailor, cyclist, mountaineer, and volunteer for Bantry Inshore Rescue (BISRA).

I joined Mary Immaculate College as Director of Research in February 2021.

President, Society for the Study of Nineteenth-Century Ireland (SSNCI), 2022-.

Richard Butler, 'The architecture of the state in Ireland: the colonial question, 1800-1922', in G. A. Bremner and Daniel Maudlin (eds), Inner Empire: Architecture and Imperialism in the British Isles, 1560-2000 (Manchester University Press, forthcoming 2023).

Richard Butler, 'Notes on the art and architecture of East Galway in the vicinity of Ahascragh', Journal of the Galway Archaeological and Historical Society 70 (2018), pp. 35-51.

'Urban Governance and its Disorders: Corruption in the Cities' (Centre for Urban History, Leicester, 27 April 2018), with Simon Gunn, Prashant Kidambi, and Peter Jones.

Richard Butler, 'Sanctuary and Respect: A Note on the Importance of the Location in terms of History, Religious and Ecumenical Grounds', Masterplan for the Redevelopment of Nuns’ Island: NUI Galway Vision Document (NUI Galway, forthcoming 2022).

Richard Butler, 'What experts thought Ireland would look like after another crisis', RTÉ Brainstorm, 9 April 2020.

Richard Butler, 'An Irish lecturer's story' and 'The Catholic church in Galway', in the St. Patrick's Day Leicester 2017 annual of The Emerald Centre (Leicester), March 2017.

Richard Butler, ‘Closure of our courthouses is pennywise and pound foolish’, The Irish Examiner, 30 Oct. 2014.

Richard Butler, ‘The fiftieth anniversary of the closure of the Cork and Bandon railway’, The Southern Star (Cork), 17 Mar. 2011.