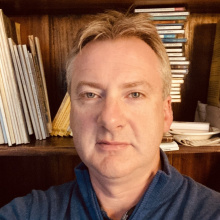 Dr Michael Murphy joined the Music Department, Faculty of Arts in 2001 having previously worked as a primary school teacher and lecturer in UCC. He teaches courses on the music of the 18th and 19th centuries, aspects of popular music, music technology, general music theory, and the role of music technology in music education. His research interests focus on music in Ireland and Poland in the nineteenth century.

From time to time he broadcasts music documentaries on RTÉ lyric fm.