MIC Graduate Appointed as National Coordinator of the LINC Programme 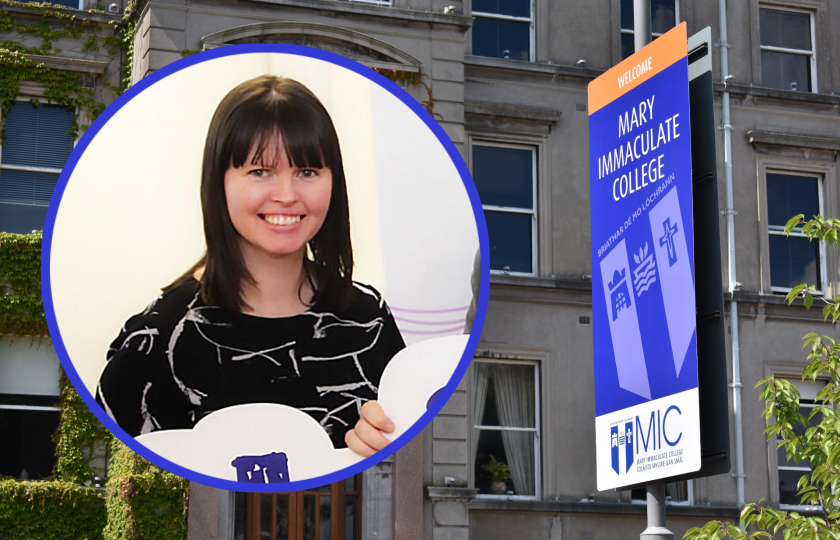 Shirley Heaney, has been announced as the National Coordinator of the Leadership for INClusion in the Early Years (LINC) Programme, which is offered by a consortium led by Mary Immaculate College (MIC) and including Early Childhood Ireland and Maynooth University – Froebel Department of Primary and Early Childhood Education.

Shirley is a former graduate of the Bachelor of Arts in Early Childhood Care and Education (ECCE) programme at MIC and brings with her extensive experience in the area of inclusion and supporting the inclusion of children in early learning and care settings.  Shirley has worked with the LINC Programme since its inception in 2016, during this time she has engaged in various roles including Programme Developer, Tutor and Project Officer. Shirley is a PhD candidate with the Department of Reflective Pedagogy and Early Childhood Studies, MIC. Her research is focused on investigating how the well–being of children with additional needs is supported in the early years.

Welcoming the opportunity to lead the programme, Shirley said: “I am delighted to be taking up the post as National Coordinator of the LINC Programme.  I am really proud of the work put in by our team members who deliver the programme and the positive feedback that we get from adult learners who participate in it. I’m looking forward to working with the team in my new capacity as Coordinator and to continuing to promote the inclusion of all children within early learning and care settings.”

Offering congratulations on the appointment was Teresa Heeney, CEO Early Childhood Ireland and Chair of the LINC Steering Committee who stated: “On behalf of the LINC Steering Committee, and all of my colleagues at Early Childhood Ireland, I am delighted to congratulate and welcome Shirley Heaney as the incoming National Director of the LINC Programme. Shirley is a widely respected and passionate advocate for children and inclusion and she brings a breadth of experience and expertise to her new post. The LINC Programme has been recognised for its groundbreaking impact and for the commitment of all involved in progressing the inclusion of children and professionalising our sector. It deserves the very best in leadership, and I know that Shirley’s commitment to research and evidence-based practice will pave a great path for this second LINC programme and for the introduction of the new CPD element of LINC. I am sure everyone at LINC – the Steering Committee, tutors, staff, past graduates and current students – will join me in extending her a very warm welcome and wishing her the very best in her new position.”

Commenting on Shirley Heaney’s appointment, Dean of Education at MIC, Professor Emer Ring, said: “I am absolutely thrilled to welcome Shirley Heaney as National Coordinator of the LINC Programme. Shirley has worked with us at Mary Immaculate College for many years and has been a leading advocate for creating inclusive early childhood experiences for all children. Specifically, Shirley has contributed extensively to the LINC Programme since its inception and on behalf of our exceptional LINC team of tutors, assistant tutors, technologists and professional services staff, I would like to warmly welcome Shirley to the team and look forward to working with her in the time ahead.”

Professor Marie McLoughlin, Head of Maynooth University (MU) – Froebel Department of Primary and Early Childhood Education added: “The appointment of Shirley Heaney as National Coordinator of the LINC Programme further strengthens the LINC Consortium’s position which is at the forefront of early childhood education both nationally and internationally. This appointment will contribute to enhancing the quality of students’ experiences on the programme in addition to consolidating the significant impact of the programme on promoting inclusive culture, practice and pedagogy in ELC settings.”

The appointment of Shirley Heaney was confirmed at a recent virtual meeting of the LINC Steering Committee. Shirley officially commenced in her role on January 18, 2021. LINC, established in 2016, is a higher education blended-learning programme designed to enhance the inclusion of all children in early learning and care settings through the development of the role of Inclusion Coordinator. The programme is part of a government commitment to the provision of high-quality professional education in the field of early learning and care, and was introduced as part of the Access and Inclusion Model (AIM) in 2016. The LINC Consortium will deliver two education programmes this year, the Level 6 programme and a CPD programme aimed at graduate Inclusion Coordinators. More information on application opening  will be made available in the coming weeks and can be found on the LINC Programme website www.lincprogramme.ie.