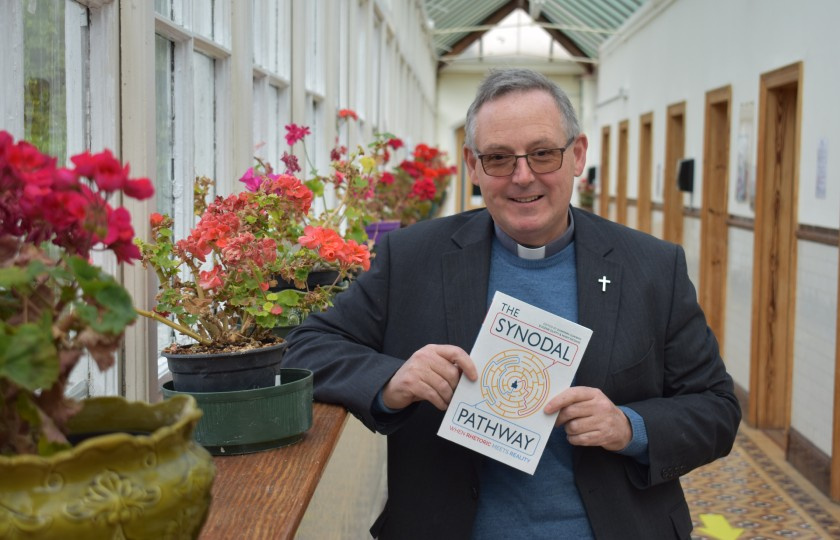 A new book co-edited by MIC academics explores the Irish Catholic Church’s Synodal Pathway as it reflects on the place of the ‘Church of the third millennium’. Edited by Professor Eamonn Conway (MIC), Dr Eugene Duffy (emeritus, MIC) and Dr Mary McDaid (St Patrick’s Sanctuary), The Synodal Pathway: When Rhetoric meets Reality is a collection of fifteen essays from leading scholars from Ireland and wider Europe, as well as Australia and the USA. The book analyses the ongoing self-reflection of the Irish Church and the opportunities and stakes of finding a place in the modern world.

In March 2021, the Irish Catholic Bishops’ Council announced a Synodal Pathway for the Catholic Church in Ireland in preparation for a National Synodal Assembly or Assemblies within the next five years, with the process focusing on the question of: What does God want from the Church in Ireland at this time? In October 2021, Pope Francis then launched a two-year global consultation process leading up to the XVI Ordinary General Assembly of the Synod of Bishops, to take place in October 2023, with a theme of: ‘For a Synodal Church: Communion, Participation, and Mission’. In Ireland, in addition to participation in this global processes, widespread consultations are currently happening in parishes and dioceses nationwide specifically regarding the Synodal Pathway for the Irish Church.

According to the book’s co-editor and Professor of Theology at MIC, Prof. Eamonn Conway: “The concept of synodality and the convening of synods is nothing new in the Catholic Church, yet recent focus upon it nationally and globally has taken many priests and people by surprise. Even after a year of launches, conferences, talks, homilies, pastoral letters, scholarly articles and popular social media contributions, there remains confusion and not an inconsiderable degree of concern in regard to synodality. Without in many instances a proper understanding of what it is actually about, some people are already anxious that synodality will not go too far in terms of demanding Church reforms while others are equally concerns that it will not go far enough. This book brings together expertise that is global and local, theological, pastoral, legal and practical, and offers it as a companion for those who with to contribute to the synodal journeys and processes now underway here in Ireland and globally.”

In its exploration, the book works through three key objectives. Firstly, it provides a basic understanding of the meaning of synodality and its foundations within the Catholic tradition. Secondly, it strives to make the case for synodality as precisely “that which God expects from the Church of the third millennium”. Finally, it aims to show why, having embarked the church upon a synodal path nationally and globally, failure to arrive at a destination of sincere and meaningful Church reform may well leave the Catholic Church in a worse situation than if it had ever embarked upon a synodal path in the first place. According to Professor Conway: “The third objective of the book is to make the point that the stakes are high and it is time to get real.”

According to James F. Keenan, S.J. Canisius Professor, Boston College: “If the church does not change gears now, then it will continue its backward slide into its own swamp of irrelevance. This book is about rescuing the church from that disaster, about pursuing the new course that Pope Francis is offering, where the church journeys forward with a much more engaged trajectory. That trip is called becoming a synodal church and you need to know about it so as to help get the church onto a whole new track now. Kudos to the editors who lay out a superb road map.”

The Synodal Pathway was presented to Pope Francis in Easter Week when Professor Conway and Dr Dan O’Connell (also of MIC) led a team of 38  Catholic Educators to the Vatican for a private meeting with His Holiness on their work, as well as to Cardinal Grech who heads up Pope Francis’ work on synodality for the Vatican.

The Synodal Pathway: When Rhetoric meets Reality is published by Columba Books and can be found by clicking here. 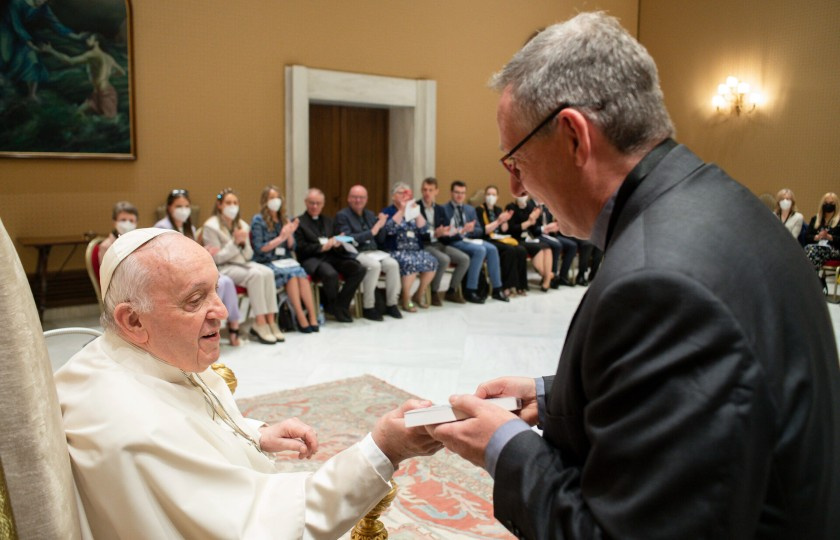