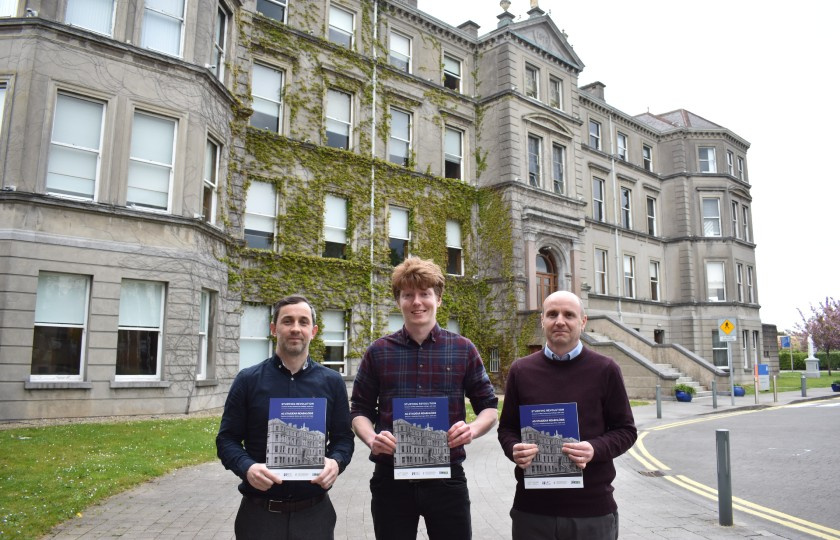 A new collaboration between Mary Immaculate College (MIC) historians and Limerick City & County Council explores how everyday life, teaching and learning continued – sometimes with difficulty – throughout the turbulent period of the Irish Revolution. Produced as part of Limerick City & County Council’s Decade of Centenaries programme, Studying Revolution: Accounts of Mary Immaculate College, 1918-1923 collates primary source material to tell the story of how staff & students navigated the revolutionary period, how ordinary life was interrupted and of the times that the war quite literally arrived at the College gates.

Solely dedicated to teacher training and exclusively for female students at the time, MIC’s place in Limerick saw it become caught in the crossfire of the war. Sr Frances McGrath’s diary of the July 1922 Siege of Limerick, which is replicated in Studying Revolution, gives a striking and emotional insight into the lives of citizens amid open street violence. Her diary, which is introduced by Marian Fogarty, recalls the rumoured ‘arrival of the big guns’, the emotional turmoil of the war raging around MIC and the penetration of off-course bullets through College buildings on a regular occurrence - with one staff member even struck and injured.

When not directly in the crossfire of the wars, MIC was – like anywhere else – a crossroads for different opinions and political support. In the memoirs of Catherine Daly, who studied at MIC from 1919-1921, we learn of the intertwining of the Irish Revolution in Limerick and her native Bantry with her studies. This remarkable account, introduced by Dr Brian Hughes and Dr Úna Ní Bhroiméil, blends the ordinary with the extraordinary as it weaves from memories of uncomfortable uniforms, sarcastic teachers and shopping for copybooks, to the shooting dead of an Gaeilge teacher, discreetly sharing news of ambushes with a politically sympathetic teacher and sitting alongside soldiers when a train was robbed by ‘the so and so Sinn Feiners’. 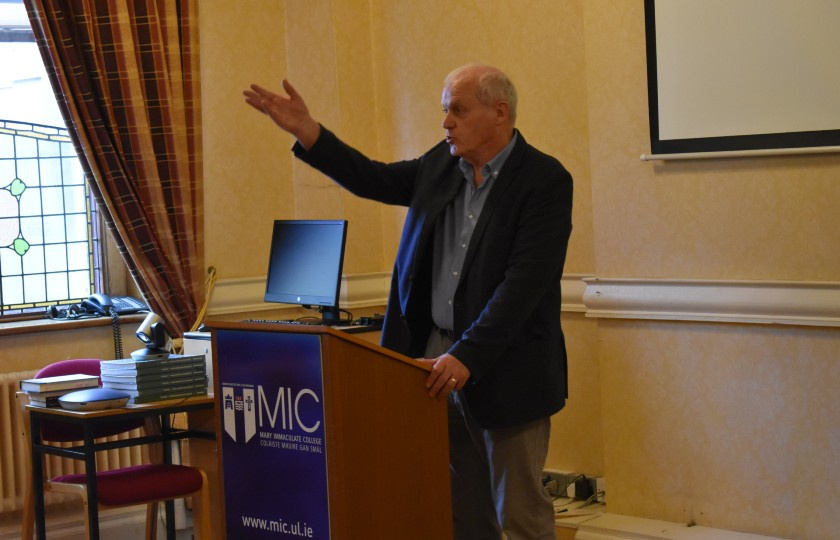 Studying Revolution was launched at MIC on Monday by Dean of Arts, Professor William Leahy, who remarked: “This is, of course, an important piece of historical research that reveals the everyday life of people caught in a moment of conflict at a time of great significance for Ireland. For me personally, it also changes the way I feel as I walk around Mary Immaculate College, particularly the Foundation Building. My steps follow those of the people captured in this work, placed where their steps were placed so long ago. As such, this research is both moving and enriching and joins other important investigations about these events from the ‘bottom up’.”

While the period the accounts reflect on was a bloody one, some of the primary material suggests little disruption to some regular activities. Dr AnneMarie Brosnan introduces teaching practice reports between 1915 and 1924 which detail the performance of four students – namely Annie Kelly, Hannah McQuinn, Elizabeth Duignan and the aforementioned Catherine Daly – on placement in classrooms in Limerick, Kerry, Cork and Dublin.

Dr Paul O’Brien introduces a letter from J.P. Goodbody, a businessman and politician, who lived at Summerville House, which is now part of the MIC Limerick campus. Goodbody’s letter to a Dublin friend, Mr. Brown, is written during near the midpoint of the previously mentioned Siege of Limerick. His account differs from that of Sr McGrath and he gives an interesting insight into the attempts to maintain operations at his mill while his supplies – both food and mechanical – are requisitioned by ‘Free Staters’ and ‘Republicans’. His observations point to conditions faced by ordinary citizens who were short of food and under curfew. 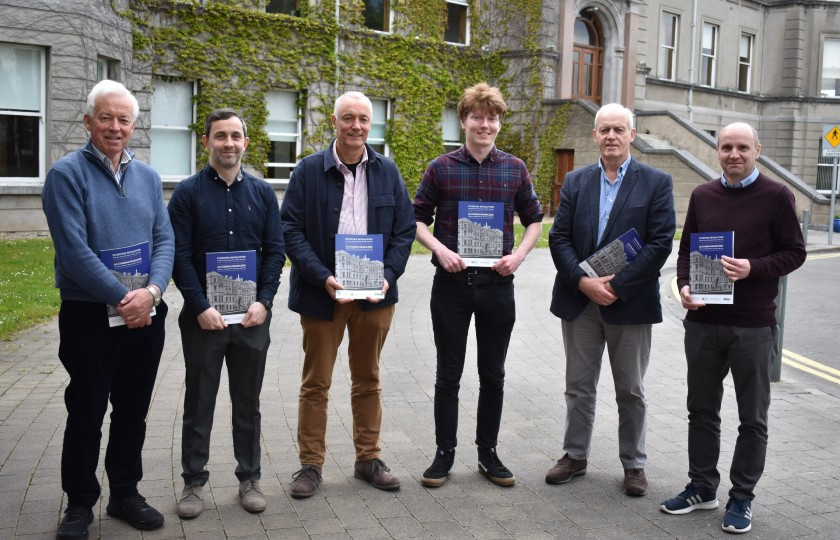 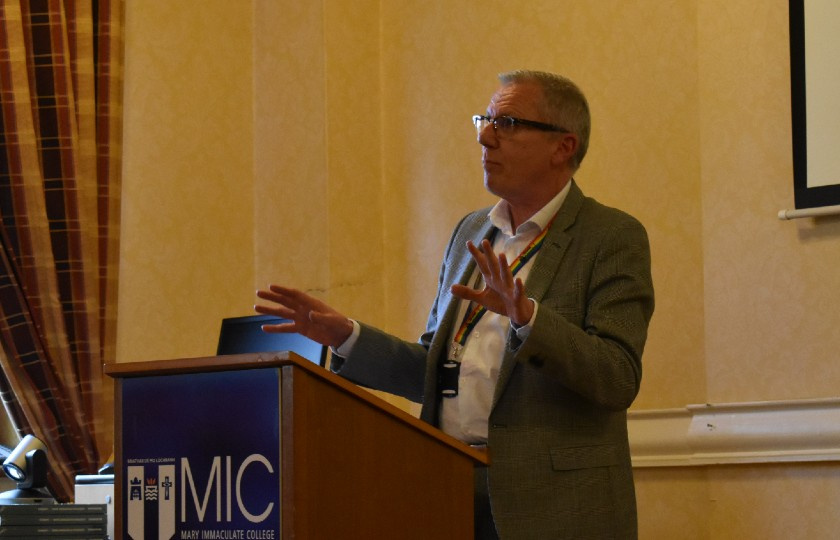 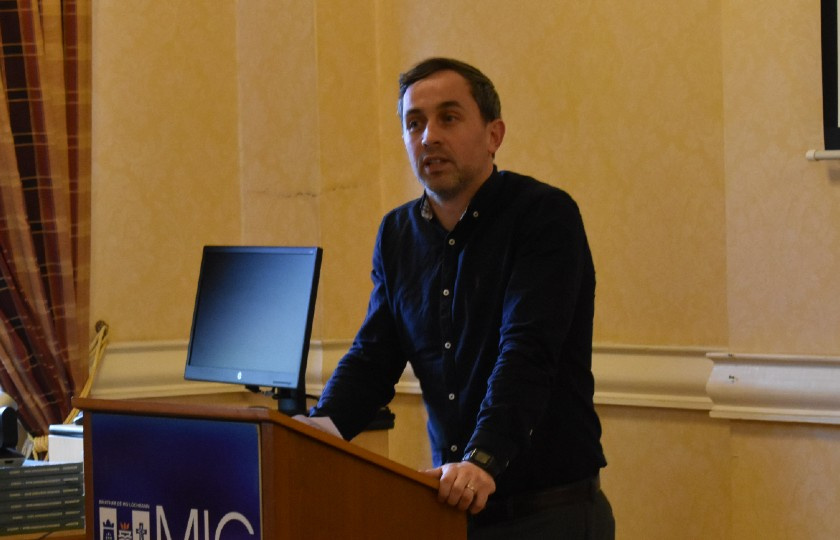 Professor Eugene Wall, President of MIC welcomed the launch of Studying Revolution, saying: “This impressive collection of primary source material is an important resource in shining a light on the storied history of Mary Immaculate College. We are still emerging from the uncertain COVID-19 times, and I am drawn to an obvious parallel between our recent experiences and the events documented in the book during an equally turbulent time. This is the admirable manner in which the staff and students committed to their educational activities during both periods. Apart from its interesting connection to the War, this book offers a revealing account of life on the MIC Limerick campus in very different times, thereby illuminating the radical cultural transformation that has occurred in the interim. I salute the authors for their scholarship and their commitment to sharing these stories.”

According to the Head of the Department of History at MIC, Dr Liam Chambers: “The editors have assembled a wonderful collection of documents, some never published before, which illustrate the manner in which people, especially the women who worked and studied at MIC, experienced the events of the War of Independence and the Civil War. It is my great pleasure to welcome this wonderful publication and to offer congratulations to my colleagues who have put it together. I hope this collaboration with our friends in Limerick City and County Library Service is one of many more joint endeavours.”

Studying Revolution can be found downloaded by clicking here. A limited number of hardcopies are available through Limerick City and County Library Service’s Local Studies Department at Watch House Cross Community Library who can be contacted by emailing localstudies@limerick.ie or calling 061-557 727.