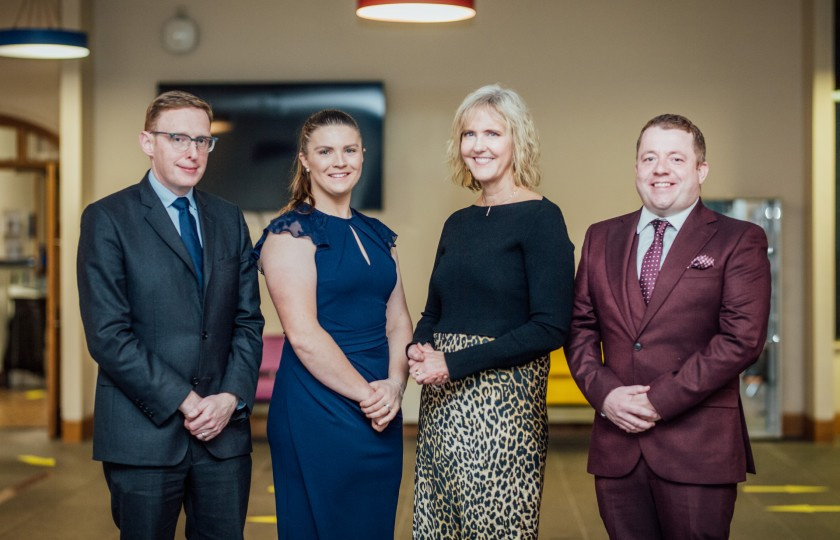 Four MIC graduates have been presented with an MIC Alumni of the Year award for 2022 in recognition of their achievements in their chosen fields. RTÉ political correspondent, Micheál Lehane; former Irish Rugby captain, Ciara Griffin; and Google Ireland’s Director of People Operations, Helen Tynan; and BBC commissioning editor, Tommy Bulfin; were all presented with their awards at the annual MIC Awards Ceremony on Tuesday 29 November. The ceremony, held at the Lime Tree Theatre on MIC’s Limerick campus, also saw almost €500,000 in scholarships and bursaries awarded to 130 students and graduates on the basis of their academic performance.

Tommy Bulfin was presented with an MIC Alumni of the Year award in recognition of his notable achievements in the media. The Limerick native, and MIC Liberal Arts graduate, is currently a Commissioning Editor on the BBC’s drama team. As part of this role, Tommy oversees production on such programmes as SAS Rogue Heroes, Eastenders and Death in Paradise, and has previous credits on programmes including Normal People, Peaky Blinders and Line of Duty. Tommy graduated from MIC with a Bachelor of Arts in English and Media Studies with the Class of 2004. Following his graduation, Tommy served for a year as the President of the Mary Immaculate Students’ Union, MISU. Tommy spoke about his many fond memories of the campus as well as the transferrable skills he derived from his study of Media & English that have helped him throughout his career. 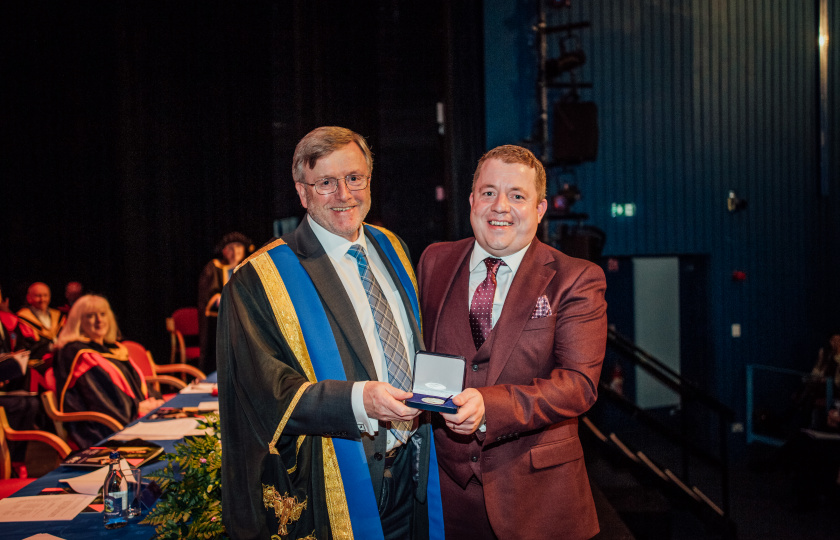 Ciara Griffin was presented with an MIC Alumni of the Year award in recognition of her accomplishments in sport. The Kerry native received 41 caps for Ireland and was made Irish Women’s Rugby Captain in 2018, at the age of 24. Prior to that, Ciara played for UL Bohemian RFC, Munster and the Barbarians. Ciara is a graduate of the Bachelor of Education (Primary Teaching) Class of 2014 and subsequently studied the Master of Arts in Education at MIC in 2016. Ciara now works as a primary school teacher at CBS Tralee. In an emotional speech, Ciara reflected on her childhood ambitions to wear the red of Munster, the green of Ireland and to become a primary teacher, and how she can now proudly say she achieved all three. 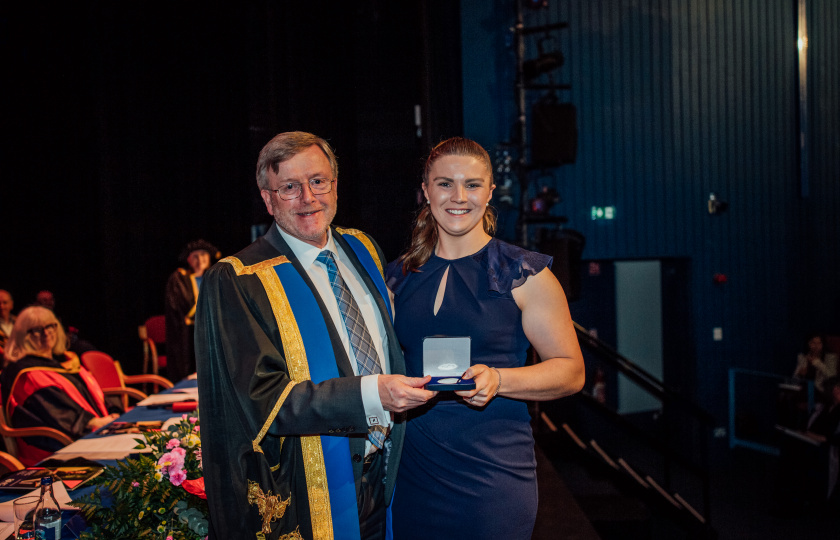 Micheál Lehane was presented with an MIC Alumni of the Year award in recognition of his notable achievements in the media. The Cahersiveen native, and MIC Liberal Arts graduate, is a household name through his role as a political correspondent with RTÉ News, where he has worked since 2006 and covered elections and political affairs from every corner of Europe. While studying at MIC, Micheál presented a news-based programme on Wired FM, the on-campus fully licensed radio station. Micheál graduated from MIC with a Bachelor of Arts degree in Media & Communications and Philosophy in 2001. Speaking as he accepted his award, Micheál spoke about the hugely challenging task of reporting on the COVID pandemic and reflected on how the skills he learned while studying both Media and Philosophy have stood to him throughout his work. 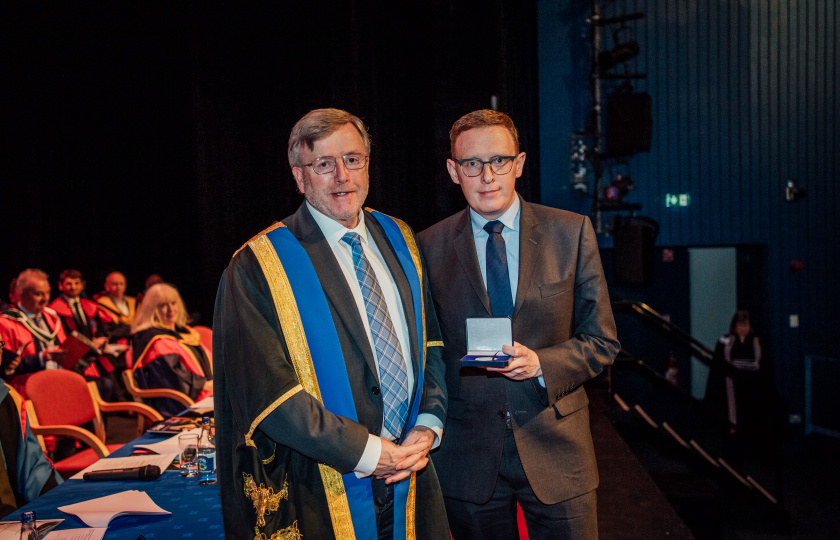 Helen Tynan was presented with an MIC Alumni of the Year award in recognition of her career pathway and accomplishments in Human Resources. Helen is Director of People Operations with Google, based in Dublin. Helen has more than 30 years of experience in senior HR positions with multinational companies such as Dell, Oracle, and General Electric, and has won mltiple awards for her endeavours as a leader in the space in addition to being chosen as one of Ireland's 25 Most Powerful Women in 2016. The Cork native graduated from MIC in 1986 having studied Primary Teaching. While Helen decided to retrain in another field after graduating, she spoke about four gifts she believes she gained at MIC which have been key to her career success, namely: education, confidence, responsibility and love. Speaking particularly to the last point, Helen also gave special mention to her husband of 32 years, Tom, who she met while on a college trip and who was in the audience on the evening. 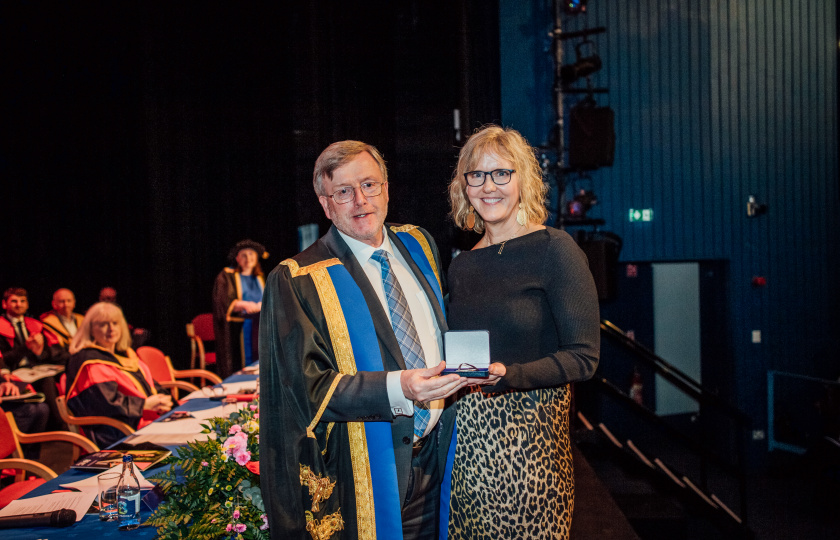 You can read more about the 2022 MIC College Awards ceremony by clicking here. 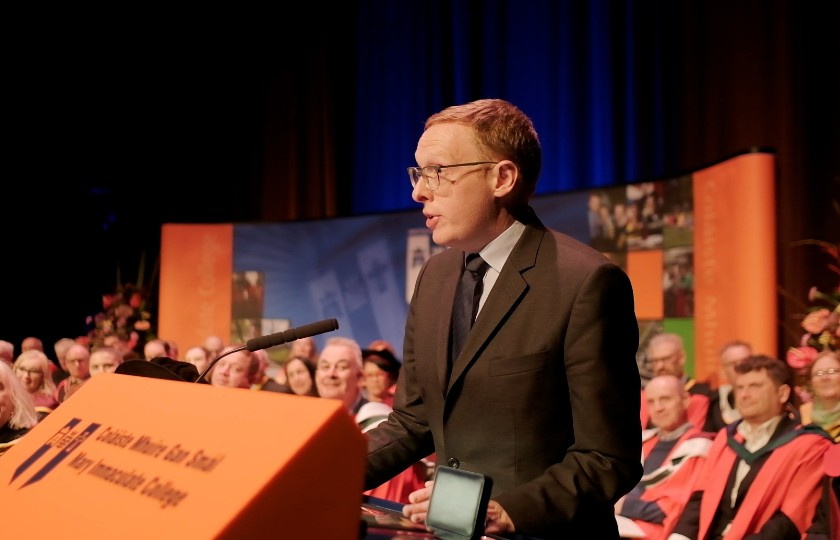 WATCH: MIC Alumni of the Year awards 2022
Go to News