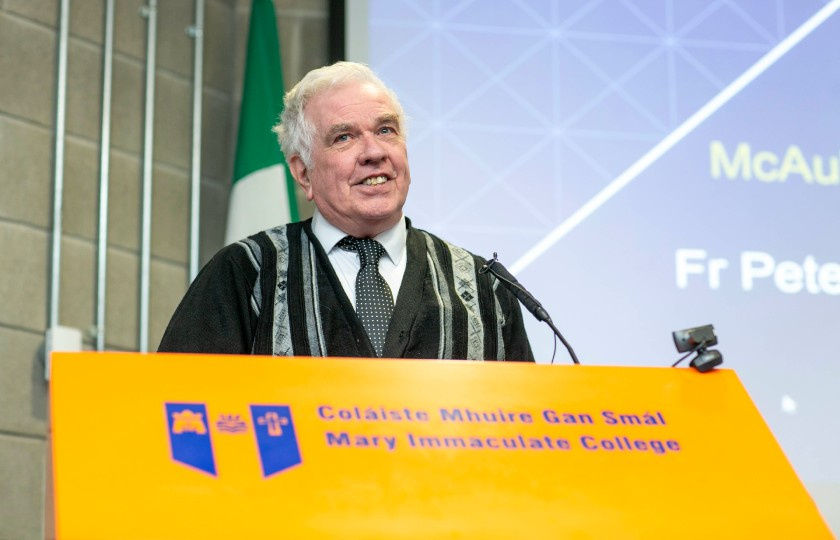 Prominent Irish homelessness activist, Fr Peter McVerry was awarded the McAuley Medal by Mary Immaculate College (MIC) on Tuesday 6 December in recognition of his social justice activism and outstanding contribution to society. The medal, which is the highest honour that MIC can bestow on an individual, was presented by the President of Ireland, President Michael D. Higgins on behalf of the College.

Speaking as he presented Fr McVerry with the medal, President Higgins said: “It is a great privilege to be here to present Fr McVerry with this very significant medal. To be addicted or to be homeless is an extraordinary circumstance to be in and what is needed most of all is for somebody to offer you recognition as a fellow human being, offer you comfort and to do the practical things that Peter McVerry has being doing. Pope Francis has spoken about the greatest blight of our time being the blight of indifference, but nobody can accuse Fr McVerry of indifference.” 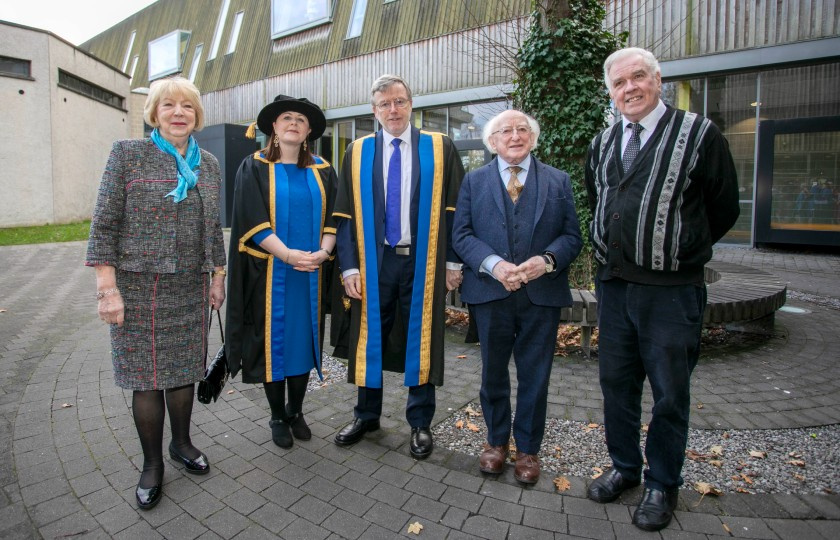 A native of Newry, Co. Down, McVerry joined the Jesuit Order in 1962 and was ordained in 1975. He has worked in Dublin’s north inner city since 1974, where he initially came into contact with young people who were sleeping on the streets. In 1979, his now life-long fight to championing the homeless and advocate for better conditions began when he opened a hostel for homeless boys aged 12-16. Through this experience he discovered that when boys reached 16 and needed to leave, they had few options available to them and many ended up living back on the street. This subsequently led him to set about providing services and accommodation for older youths.

In 1983 McVerry established the Arrupe Society in a three-bedroom flat in Ballymun. The charity, which aimed to tackle homelessness, has since grown exponentially and was later renamed the Peter McVerry Trust. The Trust is now one of the country’s largest organisations responding to the issue of homelessness and has offices in Dublin, Limerick City, Drogheda, Naas and Cork City.  In 2021, the charity worked with over 10,000 people experiencing homelessness and was active in 28 local authorities across Ireland. 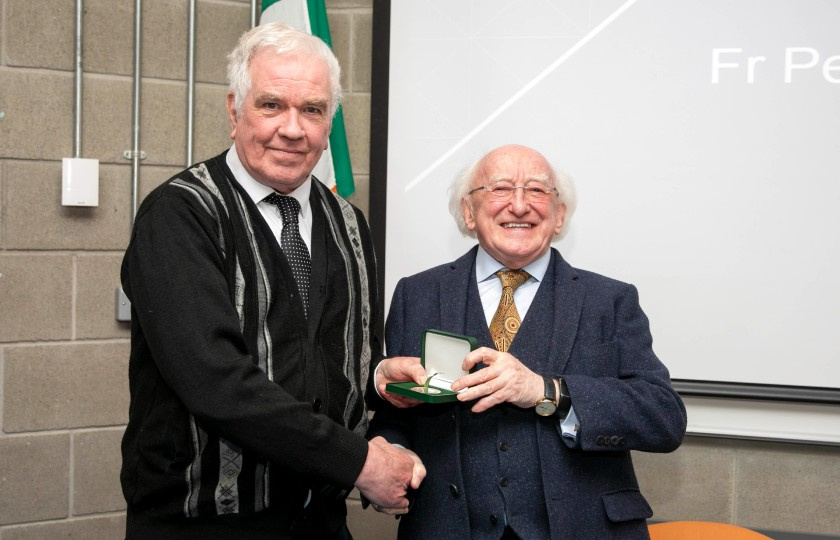 Professor Eugene Wall, President of MIC congratulated Fr McVerry on a lifetime of outstanding work, saying: “We are delighted to present Fr McVerry with the McAuley Medal in recognition of his extensive and pivotal work with Ireland’s homeless. Growing up in Dublin in the 1970s, I was acutely aware of the pioneering work Fr McVerry was doing at that time and continues to do so to this day. Fr McVerry’s work has become high profile as we collectively developed a consciousness of the problems arising from homelessness, but when Fr McVerry began it was a much less recognised issue and he beat an influential and permanent path to bring the issue to national attention.

“Fr McVerry is only the third recipient of this medal and we were particularly keen to award it to him as the work he does is so completely compatible with the social justice mission of MIC. I am especially delighted that President Michael D Higgins could join us and I believe that’s a further mark of the admiration and respect Ireland has for Fr McVerry.” 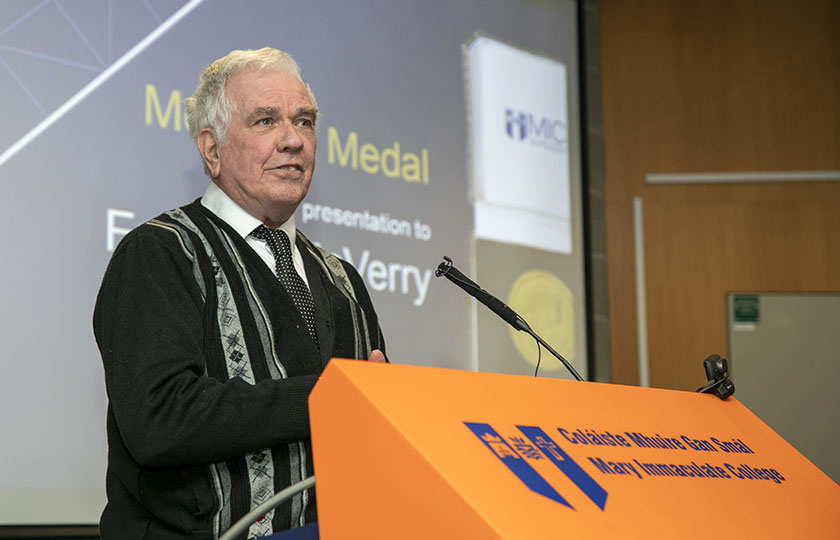 Speaking as he accepted the McAuley Medal from President Higgins, Fr Peter McVerry said: “I want to thank Mary Immaculate College for presenting me with this great honour. This medal is not just for me. The Peter McVerry Trust has 550 people working for us and a terrific team working with those who need it most and this medal is a tribute to them. It is also a tribute to Ireland’s homeless people from whom I have learned so much. One of the most important thing they’ve taught me is that the hardest part is not trying to find a place to sleep for the night, it is actually that no one cares. To feel that you are unwanted, rejected, of little to no value. What homeless people want most is to have respect and to have their dignity respected and I think this medal recognises that.”

Previous recipients of the McAuley Medal include the late Eunice Kennedy Shriver (2008) and renowned Irish artist and sculptor Imogen Stuart (2010).

Read more about the McAuley Medal and the previous awardees here.