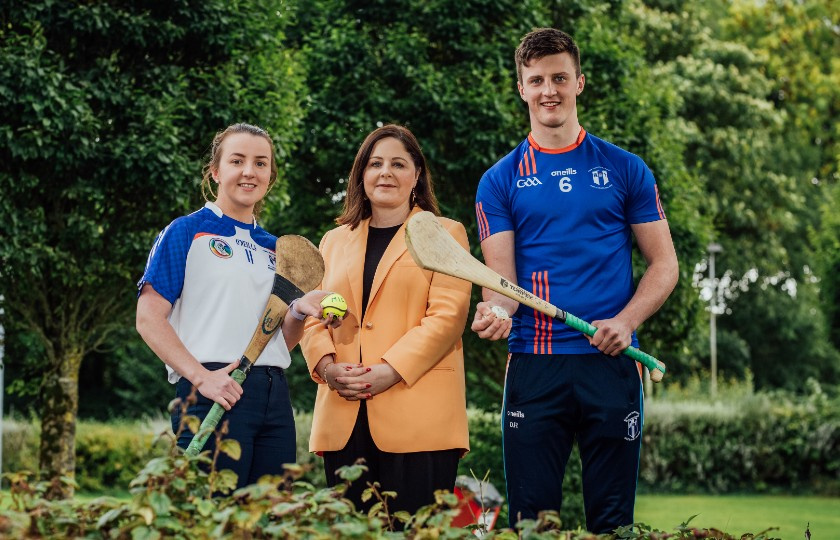 Limerick camogie player Caoimhe Costelloe and Clare senior hurler Diarmuid Ryan have been announced as the 2022 MIC GPA Scholarship awardees. Now in its second year, the MIC GPA Scholarship scheme is a collaboration between Mary Immaculate College (MIC) and the Gaelic Players Association (GPA), and is open to GPA members who have applied for and are successful in securing a place on MIC’s postgraduate programmes in education and the liberal arts. Two scholarships are offered on an annual basis.

Impressively, it’s the second year that Caoimhe Costelloe has been awarded the scholarship in recognition of her sporting success at club and county level. The Adare clubwoman has been a key member of the Limerick camogie side since 2013, helping them to a Division 2 League title in her inaugural year. Caoimhe won the Camogie Association’s Soaring Star award the following year after playing a crucial role in Limerick’s wins in both the Minor and Intermediate Camogie Championships. Caoimhe was again to the fore during Limerick’s 2017 season which saw them crowned Munster Champions, and was chosen to Captain the Shannonsiders in 2019 and 2020. Caoimhe continued to impress this year and was announced as GPA Player of the Month for June, as well as being nominated for a 2022 All Star award for her outstanding performance in the Championship, including scoring 2-10 out of Limerick’s 2-11 in their five-point win over Down. She has also represented MIC on the pitch and was part of the 2015 outfit who won the Purcell Cup, while studying the Bachelor of Education degree. Caoimhe is currently completing a Masters of Education and is a Primary School teacher at Our Lady’s Abbey GNS in Adare. 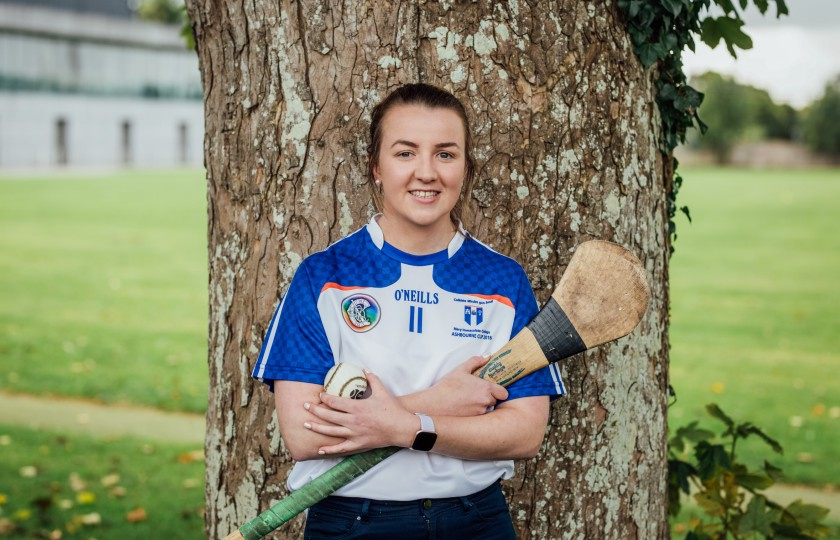 Speaking after being announced as one of this year’s recipients of the Scholarship, Caoimhe said: “It’s a great privilege to be awarded the scholarship for the coming year. I’m very appreciative to both the College and the GPA for the opportunity, which provides me with motivation to further progress in my studies and career off-the-field. I hope it encourages others in high level sports to look at opportunities to further study while pursuing their careers and sport.”

Also awarded an MIC GPA Scholarship is Clare hurler Diarmuid Ryan, who is a first year Professional Master of Education (Primary Teaching) student at MIC. The Cratloe clubman has played inter-county hurling for the Banner since 2017 and is nominated for an All Star award for his performance in Clare’s All-Ireland Championship campaign this year, where they reached the Semi-Final stages. Diarmuid attended Limerick’s Ardscoil Rís Secondary School and was Vice-Captain of the Harty Cup winning team in 2018. He was a key hurler for MIC while studying a Bachelor of Arts degree, including captaining the side in their 2021 Fitzgibbon Cup campaign. Diarmuid is also a crucial player for Cratloe and guided them to the Semi-Finals of this year’s Clare Senior Hurling Championship, before they lost out to reigning Champions, Ballyea.

Reacting to his scholarship, Diarmuid said: “I am full of pride to be an MIC GPA Scholarship awardee. The scholarship and the support from MIC and the GPA will benefit me hugely in my studies as it will allow me to balance my time between my studies with my sporting commitments, without additional financial worries. Ultimately, I think this support will also help me be the best teacher I can be.” 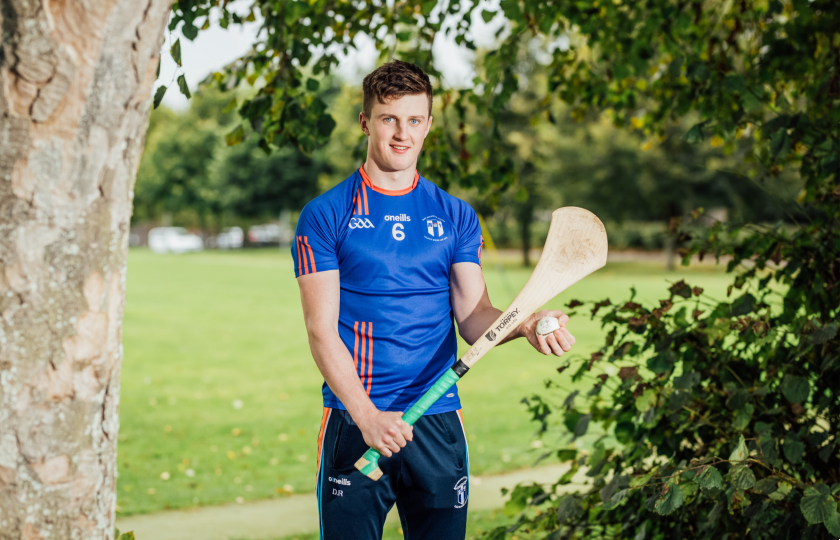 Under the scholarship, MIC contributes 50% of the successful applicants programme fees and the GPA contributes the remaining 50%. Costelloe and Ryan will also become ‘MIC GPA Scholars’ and will act as ambassadors within MIC’s sporting community and will play a key role in supporting Gaelic Games at MIC.

Congratulating Caoimhe and Diarmuid on being awarded the MIC GPA Scholarships was Professor Niamh Hourigan, Vice-President of Academic Affairs at MIC, who said: “I wish Diarmuid and Caoimhe the very best in their academic and sporting endeavours over the coming year. We are delighted to partner once again with the Gaelic Players Association in these postgraduate scholarships, offering GPA athletes the opportunity to further their academic journey at MIC whilst continuing to pursue their sporting career. MIC has a long sporting tradition with sport and recreation playing an important role in the lives of our students, and the MIC GPA Scholarships is a great addition to our suite of awards and supports available.” 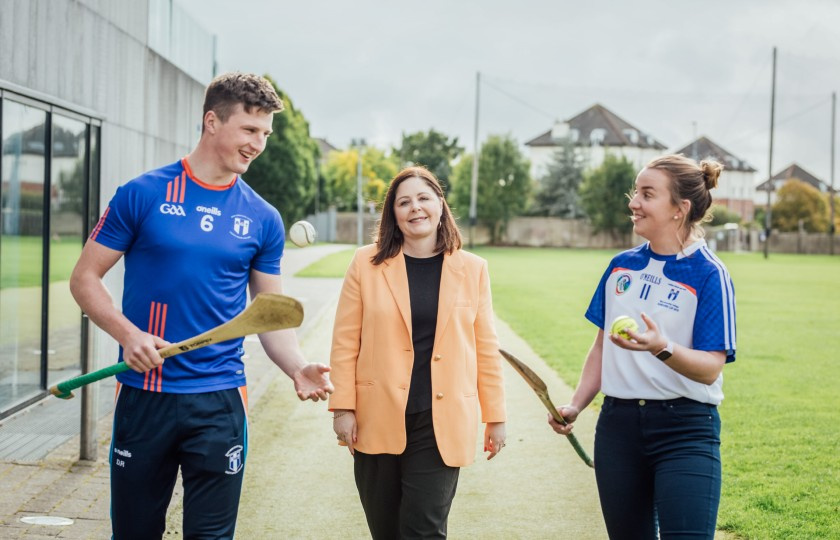 Congratulating the awardees on their achievement was GPA CEO, Tom Parsons, who said: "A huge well done to Caoimhe and Diarmuid on being awarded this year's MIC GPA Sports Scholarship. Our goal is to offer our members all the support they require to be the best they can be on and off the pitch. Our education partnerships are central to this in terms of their development away from sport. We are really excited to be partnering with MIC again this year to support Caoimhe and Diarmuid in balancing both their sporting and academic commitments. Both players have had impressive inter-county campaigns this year and they are great ambassadors for not only Gaelic Games but also for MIC and the GPA."

For further information on the MIC GPA Scholarship scheme and other MIC scholarships please see www.mic.ie/scholarships.