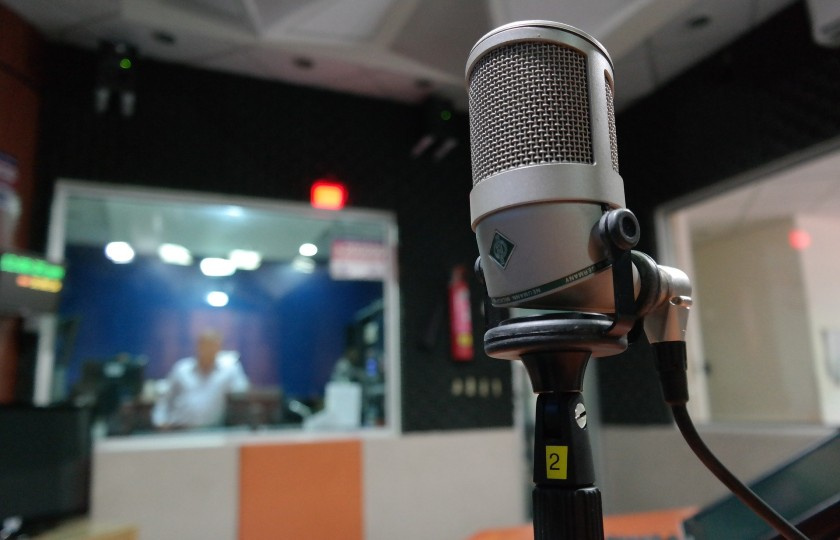 The station, which is Limerick's only fully-licensed student radio station, has studios at Mary Immaculate College (MIC) and each year hosts over a hundred student volunteers who undertake presenting duties, production, research and technical assistance.

LMAC is an entirely free event aimed at young Irish broadcasters, artists, content creators, film makers and journalists to discuss creativity, criticism, production and innovation in media and the arts. The conference will also discuss some of the challenges facing media students and graduates today.

According to Ray Burke, Station Manager at Wired FM: "The media landscape not just in Limerick or Ireland, but Globally, is shifting rapidly and that change is being increasingly directed by students who are not only consuming the material but are embracing and mastering the means to create content themselves. For almost 26 years now Wired FM has given students the opportunity to express themselves and create innovative content and now we're seeing that creativity opening up onto video streaming platforms, social media sites, and the organisation of community events. We're very excited about the line-up as it includes those at the very top of their game across a wide range of mediums and we hope the panel discussions and events will inspire creative thinking and encourage our students."

The two day virtual event, which takes place on Wednesday 25 and Thursday 26 August 2021, will be held via Zoom and consists of panel discussions covering many topical aspects of media and the arts, from podcasting to social media success, and from current affairs to music.

This will be followed by a unique multi-camera online workshop with one of Ireland’s most celebrated DJ’s Aoife Nic Canna. This event is an absolute must for any burgeoning DJ. Following that, we have a very unique event, Making it in America, with the New York Times' Malachy Browne, who hails from Limerick, and CNN's Donie O'Sullivan.

At noon, the focus will shift to Challenging Current Affairs Programming, moderated by Nessa McGann. She will be joined by The Irish Mirror’s Ciara Phelan, Virgin Media’s Rob O’Hanrahan, NewsTalk’s Andrew Lowth and The Irish Examiner’s Aoife Moore to offer their expertise.

Where Are The Critics?: The Role of the Critic in 2021: Sunday Times journalist Cristín Leach will talk to well-known and respected critic Zara Hedderman, Dave Hanratty of the No Encore Podcast, freelance writer Alannah Hopkin, and Blinder Films CEO Katie Holly.

An at 4pm, Journalist Aoife Barry (The Explainer/Journal.ie and Get Around To It Podcast (host/producer) will join Martin Beanz Warde of The HazBeanz Show,  Fur Coat No Nickers’ Sophie La Touche and HeadStuff’s Conor Reid to discuss all things Podcasting. This panel is moderated by Diarmuid McIntyre.

The conference will come to a close with two really special events. Well-known funny man Owen Colgan (Hardy Bucks/RTE’s Around the Fire) will be the focus of a Questions and Answer’s session where students can pick his brain about the fantastic range of projects he has been involved in over the years, from stand-up to acting, from guerrilla film-making to working for RTE, and larger, big budget productions.

The film maker and musician Nick Kelly will present an hour long workshop on directing. Nick has been a prolific short film maker for several years, and has been shortlisted for an Oscar. He released his full length feature The Drummer and the Keeper in 2017, and he had a rewarding fifteen year career directing high profile advertisements. He is also the former front man with The Fat Lady Sings and is an accomplished and successful solo musician. We feel incredibly lucky to have Nick on board, his SEE:HEAR Stage show was a massive influence on the team here at Wired FM.

Tickets to this unique event are free and are available here.