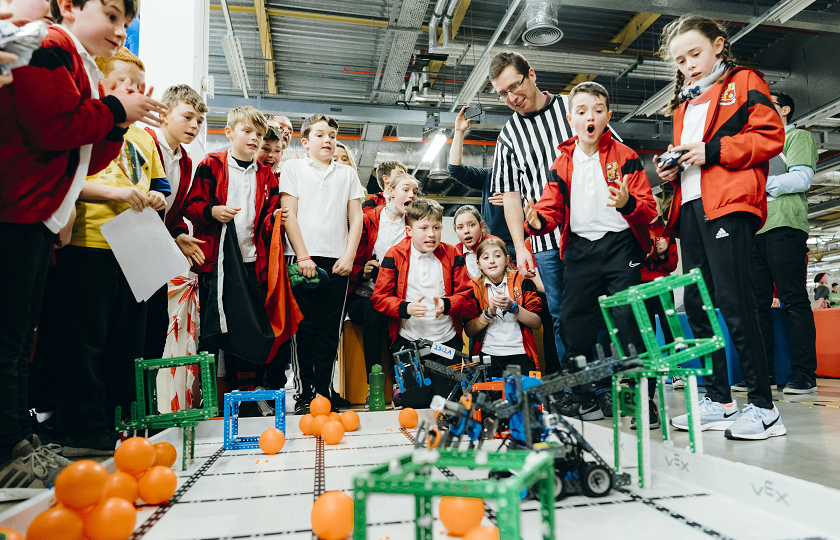 Today (28 January), over 700 primary school children from 33 schools across the Mid-West Region competed in the regional finals of the VEX IQ Primary Schools Robotics Challenge, which forms part of an ambitious project between Mary Immaculate College (MIC) and Dell Technologies. Taking place at Dell Technologies in Raheen, Limerick, the competition sees primary school children (aged 9-12) from all over the Mid-West Region working in teams to design, build and programme a robot. Robots from each school then battle it out in eight competition areas to secure a spot in the national final.

Now in its third year, the Vex Robotics Challenge aims to bring educational robotics to schools throughout Limerick, Cork, Tipperary and Waterford. Following today’s regional finals, five schools will now progress to the national finals of the competition. Three schools from Limerick city have secured a spot in the finals, namely Lisnagry National School, Presentation Primary, and Scoil Íde, with Scoil Iósaf, Newscastle West, Co. Limerick also progressing to the finals along with Kilruane National School, in Nenagh, Co. Tipperary.

Reacting to their regional final win, Séan Flannelly, 5th class teacher at Lisnagry National School said, "It was a wonderful project all round. Every child in the class had a part to play in it with roles in PR, drawing and designing as well as driving the robot! We are so delighted to get the opportunity to go to the national finals in Cork." Lisnagry National School were also awarded the overall Excellence Award at today's competition. 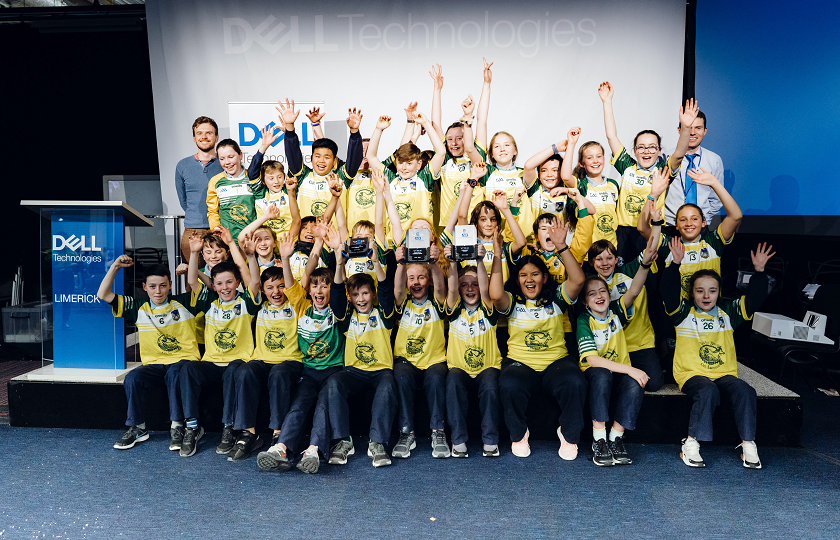 Schools also had the option of working on a STEM (science, technology, engineering, maths) project whereby the students designed and developed a 4-minute video presentation on the topic of ‘The Role of Robotics in Science especially in Data Collection’. Their projects explored real world applications of robotics, including robotics in medicine, sports, transport, farming, and space, as well as the use of robotics for data collection, including gathering data from flight paths, activity trackers, hand scanners in hospitals, and air quality sensors.

According to Dr Maeve Liston, Director of Enterprise and Community Engagement and senior lecturer in STEM at MIC, the Vex Robotics Challenge is an excellent and exciting way of engaging young children in science, technology, engineering, arts and maths (STEAM).

“The VEX Robotics project helps in alleviating barriers and challenges to STEM engagement by creating a ‘third space’ in science education, connecting curriculum content with the reality of science. This project is one of many STEM and STEAM educational outreach projects MIC is managing and running across the region and nationally as part of our NextWave initiative, which involves developing bespoke STEM education strategies and projects aimed at providing opportunities for conceptual and practical engagement with next generation technologies.”

Commenting on today’s finalists, Dr Liston congratulated them on their innovation and creativity saying, “We are so proud of all the teams here today. It has been an exciting journey for us, working with teachers and children from 50 schools around the Mid-West Region since July 2019. I have learned so much about robotics from the children when visiting their exhibition stands, and am very impressed by their project management, teamwork, leadership, coding and construction skills. It is also encouraging to see so many girls hear today engaging with STEM.”

Sean O’Reilly, Dell Technologies, Vice President EMEA Logistics and Limerick Campus Leader said, “It’s another exciting day for us here at the Limerick campus, and it is our pleasure to once again host the Vex Robotics Primary School Regional Finals. Last year’s event is still being talked about, and it’s impressive to see the children embracing technology and developing and presenting their projects”.

“I am delighted at the significant growth in the Vex program over the past year, with an increase in both the number of schools participating and in the number of our team members who act as mentors for the schools. There can be few STEM programs anywhere that match the breadth of experience and engagement for these children and with an approx. 50% gender balance. We are happy to be playing a part in moving the dial on the STEM and diversity imperatives. The future looks bright!”, he added.

From September to January, each of the 33 schools were mentored and supported by MIC and Dell Technologies on an on-going basis through a variety of means that included professional development workshops, mentoring, and the facilitation of events.

The Vex Robotics project is a national programme where MIC are working with Limerick Education Centre, Cork Institute of Technology, IT Tralee, Letterkenny IT, Dundalk IT, Offaly County Council and DELL Technologies in Cork, Limerick and Dublin. The project is funded by Science Foundation Ireland, Dell, Mary Immaculate College, the Irish American Partnership and the Professional Development Services for Teachers. The finals of the VEX IQ Primary Schools Robotics Challenge will take place in February at Cork Institute of Technology. 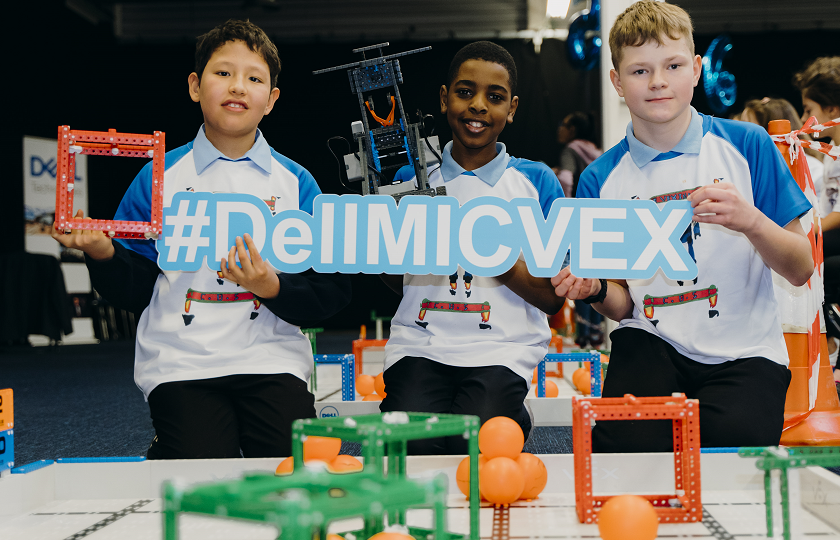 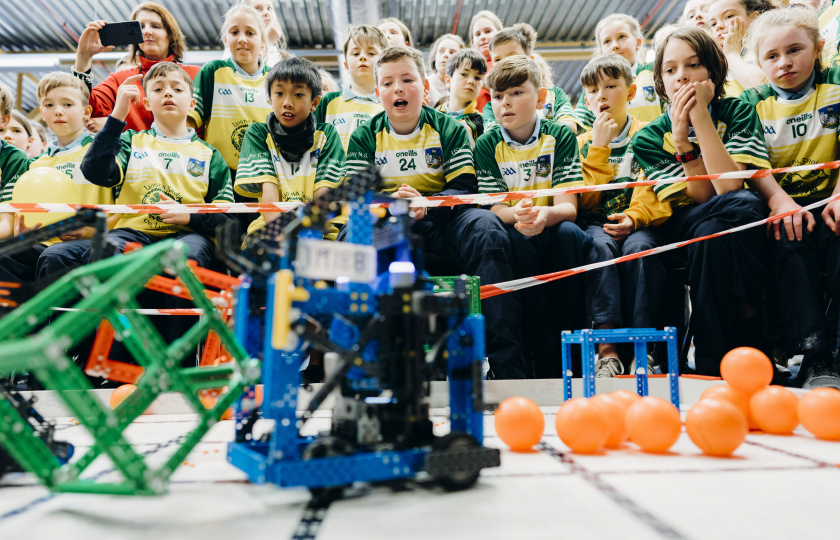 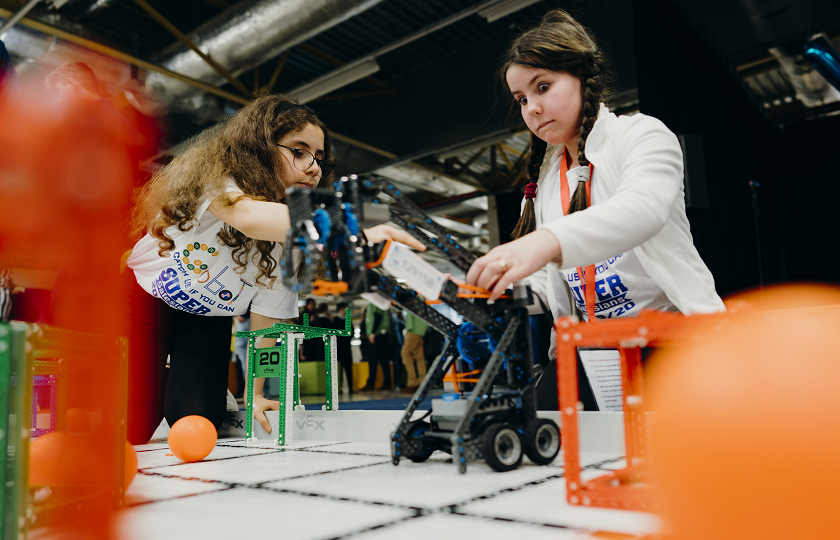 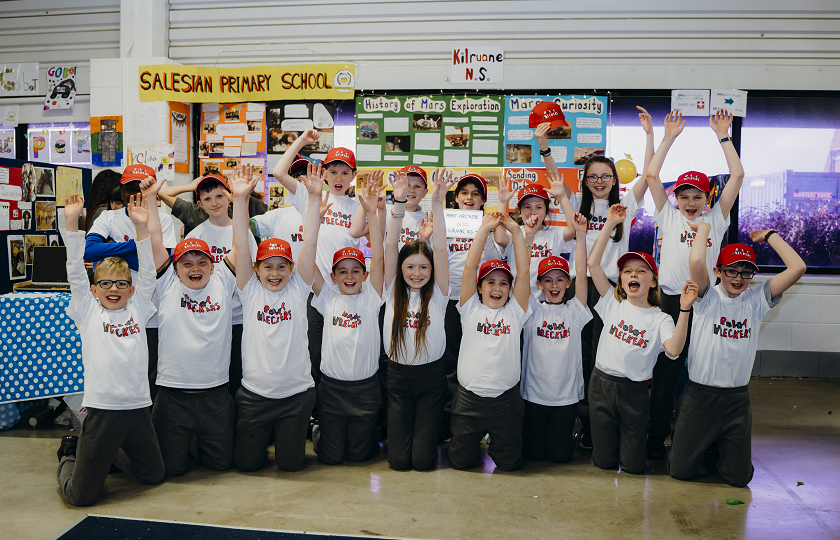