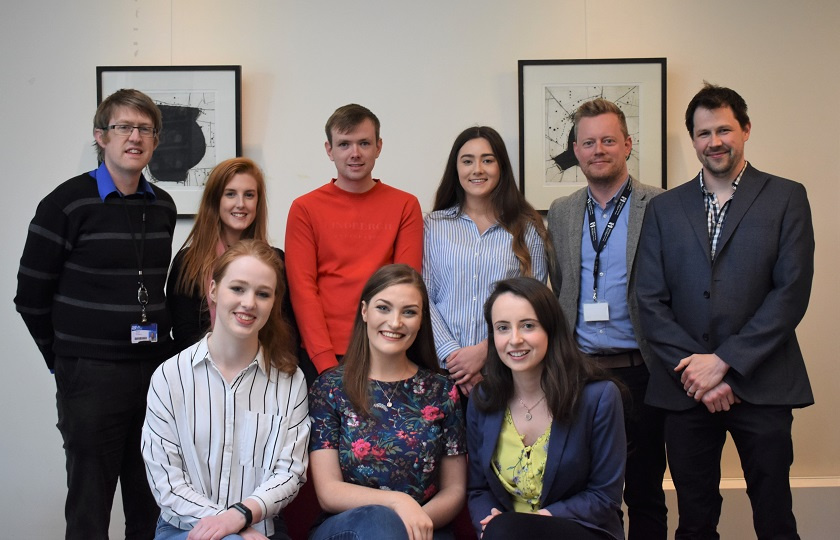 Six undergraduate Psychology students of Mary Immaculate College received awards, including an overall First Prize, for their research at the recent 41st Annual Congress of Psychology Students in Ireland.

The congress takes place every year and sees psychology students from all over Ireland present their research. This year, over 200 students from across the country presented at the event, hosted by University College Dublin. They were judged on the quality of both the presentation and the research behind it.

Kevin O’Sullivan, a Fourth Year B Ed in Education and Psychology student, was awarded overall first prize for his oral presentation entitled: Lack of diversity in student teacher’s socio-economic status: does it really matter? Previous research in this area has tended to focus on the socioeconomic background of students themselves, while Kevin’s research considers the teacher’s background and the effects it can have on behaviour and wellbeing.

Five other MIC students also had tremendous success, each receiving commendation awards for their oral presentations on research across a wide range of topics—from peoples’ attitudes to charitable giving to the cognitive advantages of multilingualism.

Congratulating the students on their success was Dr John Perry, Head of the Department of Psychology and Dean of Arts (Acting) at MIC: “It is a privilege to see students studying psychology at MIC continue to shine on a national stage. Our students have a proud record of receiving awards and commendations, particularly from the PSI annual student congress. The students presenting their work at congress, including those who did not receive an award or commendation on the day, are an absolute pleasure to teach, supervise, and to get to know. I am not at all surprised that MIC students would get such recognition, as we habitually see their ability and hard work.”

The award-winners were as follows: