MIC is on a Mission to the Moon! 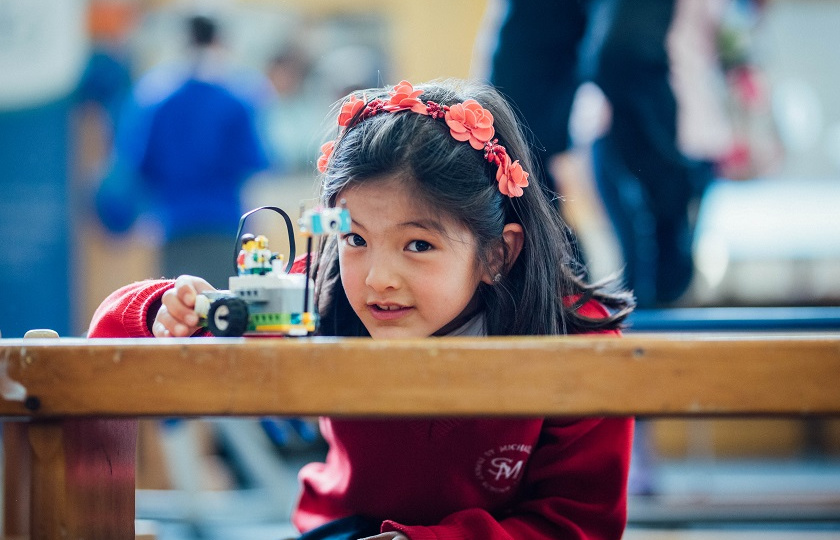 Continuing to bring primary school children into contact with STEM

This is the second year of a collaboration between the Department of STEM Education at MIC and the Professional Development Service for Teachers (PDST) who have worked closely with 12 participating schools in the implementation of a hands-on STEM Education programme geared toward children ages 6 to 10, based on the internationally recognised FIRST® LEGO® League Jr initiative.

Each year FIRST LEGO League Jr presents a new and exciting challenge to ignite the creativity of children, and this year’s Mission Moon challenge was no exception. Commencing in early January, the project consisted of three separate phases whereby the pupils were first charged with exploring the assigned topic and researching ways in which to solve a real-world problem. They then had to create a ‘Team Model’ using LEGO® Education WeDo 2.0 in order to demonstrate their ideas before finally showcasing their works and findings at MIC this week.

The pupils, and their teachers, were assisted in their efforts by MIC students who undertook placements in partner DEIS schools, and began the exploration of the real-world theme with an exclusive LEGO® Education Inspire Model. Using this model as a starting point, MIC students endeavoured to support and engage the pupils and their respective teachers to work as engineers, learn about the moon and explore what kinds of problems they would need to solve in order to live there. Subsequent professional development supports from MIC lecturers and PDST Advisors aspired to capitalise on the learning conversations sparked by MIC students, developing and embedding this learning further in co-operating schools, through continuous professional development, and in-school support.

According to seven year old Alistasia the project was “really interesting and very good fun!” while 4th year B Ed (Primary Teaching) student Stephen Burke found the process to be “extremely rewarding and an innovative way to teach maths to young children through the use of LEGO”.

The showcase event also included the penning and mixing of their very own rap track, entitled Mission Moon and produced by GMCBeats which may be viewed here. 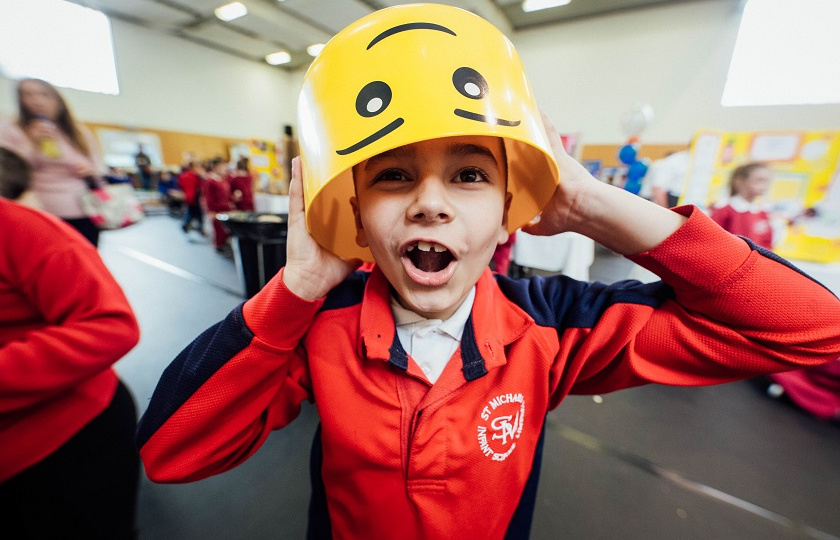 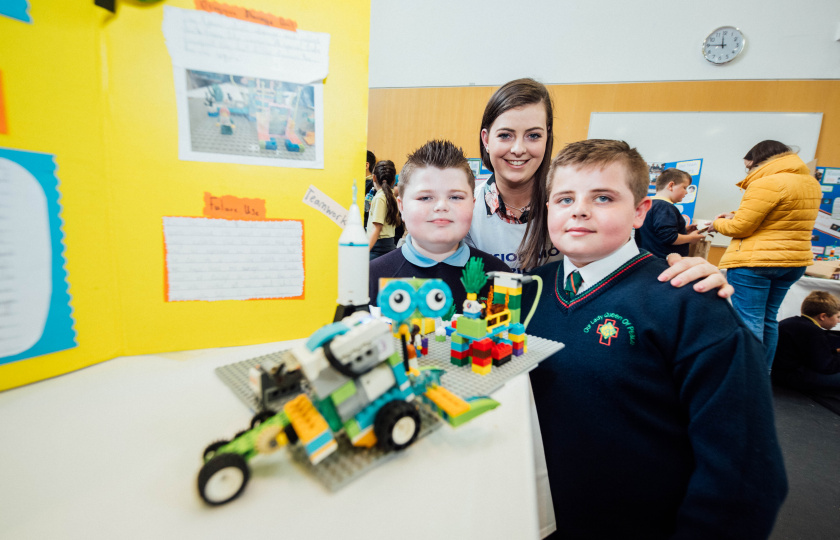 Angus & Josh from Our Lady Queen of Peace NS 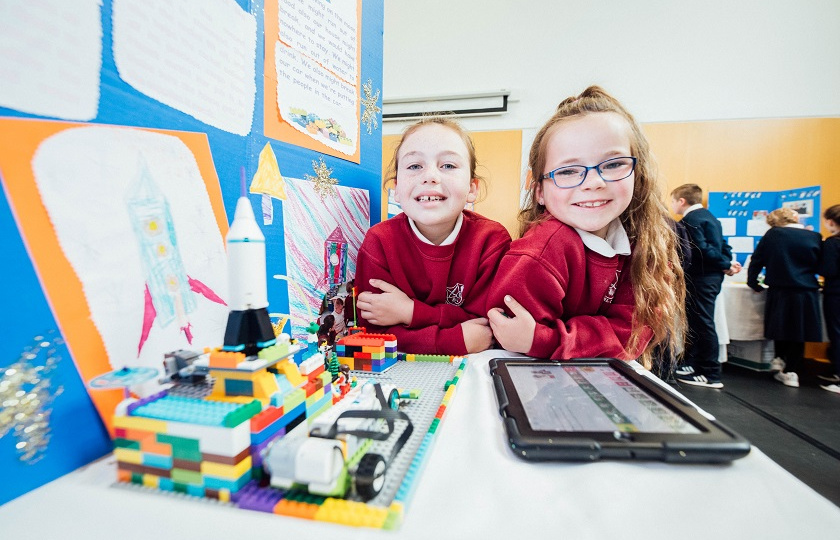 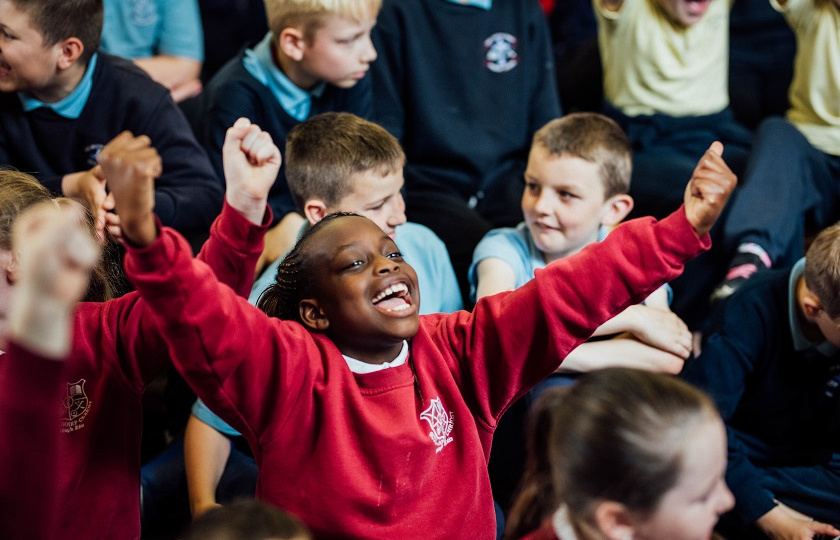 All those attending on the day were presented with their LEGO medals and certificate from Limerick All Ireland hurler and MIC student, Aaron Gillane. Video of the event may be viewed here.

MIC is invested in building upon, promoting and expanding relationships with the wider community to bring all learners, particularly those from diverse and marginalised communities, into contact with STEM Education. According to Rory McGann, Lecturer in ICT/Digital Learning, the project strongly aligns with key tenets of national strategy documents such as the Digital Strategy for Schools (2015), STEM Report (2016) and Digital Learning Framework (2017), "promoting a culture of collaboration, innovation and creativity in learning, teaching, and assessment while enhancing knowledge in science, mathematics and technology education”.

Continuing, he said: “The project represents another progression in MIC’s LEGO Education Innovation Studio development work, which commenced in 2013. The pooling of collaborative support and shared professional expertise of both MIC and PDST showcases an innovative approach to how key educational priorities such as creativity and computational thinking can be developed across the continuum in a cohesive fashion, ensuring the embedment of digital technologies in everyday practice.”

Speaking on behalf of PDST, Anthony Kilcoyne, Deputy Director Digital Technologies commented that “we know that teacher’s practice is both affirmed and enhanced when they are engage in learning conversations with peers. This initiative provides a unique space for student and experienced teachers to co-teach, learn from one another and create learning opportunities that challenge pupils to exercise their transversal skills”.

To date over 2,500 primary teaching students at MIC have benefited from access to innovative LEGO Education initiatives, equipment, outreach and placement opportunities. Similarly, over 60 classes and some 1020 pupils in local schools in Limerick and Clare have been afforded a range of educational opportunities through MIC’s LEGO Education focused outreach activities.

Last week saw 3,500 primary school students from more than 144 schools visit MIC for Science Blast (formerly known as the RDS Science Fair Limerick). These initiatives, supported and facilitated by MIC, further demonstrate the College’s commitment to shaping the attitudes and fostering the value of STEM education for 21st century learners. 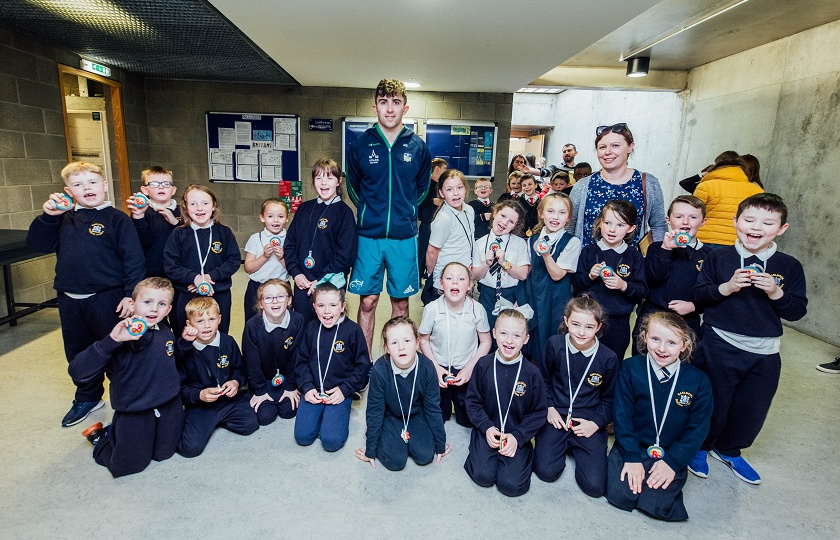 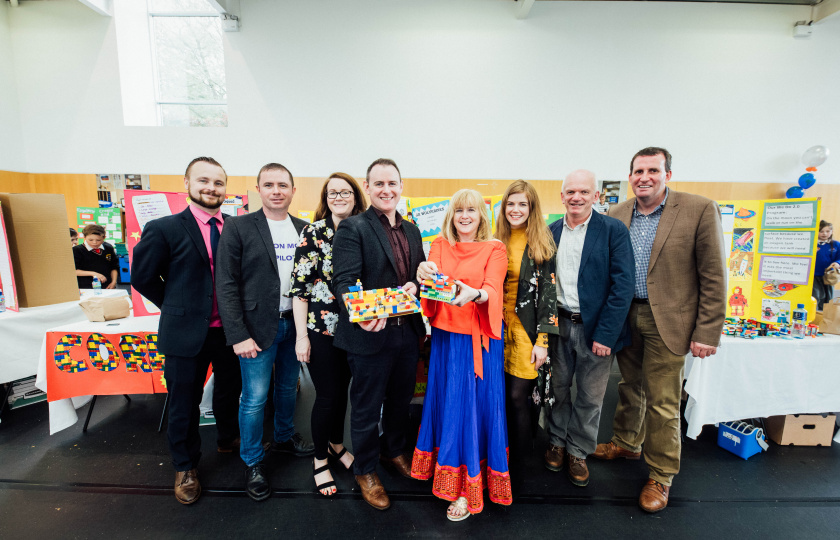 MIC staff & others at the Mission Moon LEGO showcase event 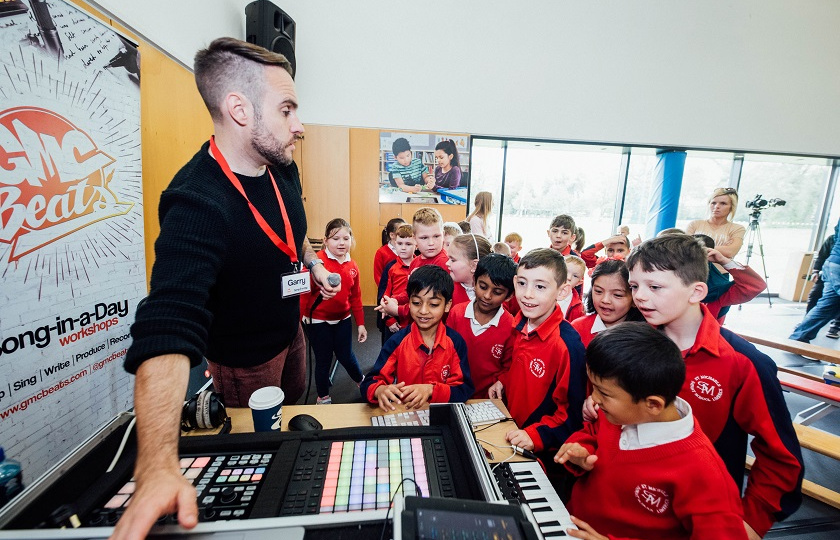