MIC Welcomes Back its Past Students at the Alumni Reunion 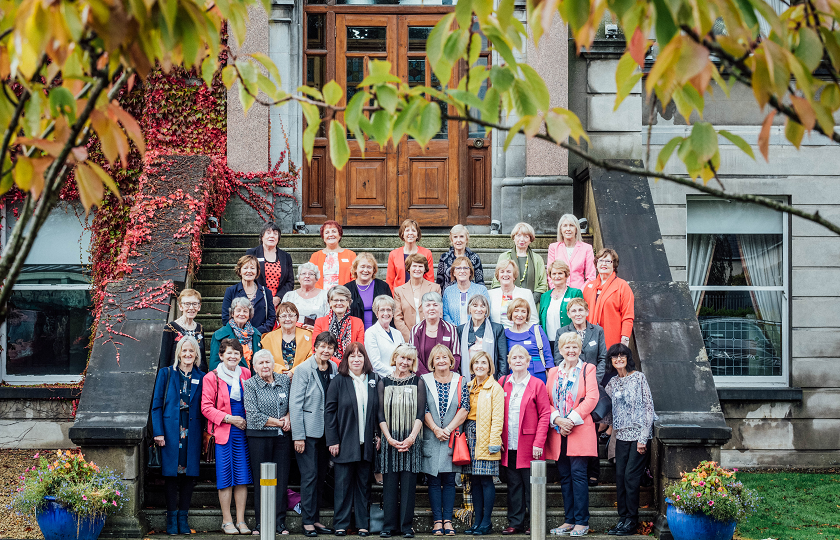 On Saturday 5 October, Mary Immaculate College opened its doors as it welcomed back over 200 of its past students for the annual Alumni Reunion.

Taking place in the revamped Halla, graduates reminisced about their days spent at Mary Immaculate College sharing stories of their time there.

An exhibition detailing life on campus from the early years of the 20th century up to the present day evoked many memories and attendees remarked on the many changes that have taken place at MIC since they graduated.

President of MIC, Professor Eugene Wall, said,“It was an honour to welcome back our past students for the Alumni Reunion. These graduates from 1949 to 2014 embody our mission to make the world a better place. They have been outstanding representatives for the College and have paved the way for our current students. They have left a lasting impact on the lives of many. We are grateful for their contributions to society and we are proud to count them amongst our Alumni.”

He continued by giving a special mention to Nora Murphy, a native of Limerick who graduated from Mary Immaculate College 70 years ago and went on to teach at St Patrick’s National School in Limerick city until her retirement. Professor Wall described Nora as an inspiration to the current students of MIC and whose dedication to teaching in Limerick has no doubt benefited the many students who passed through her classroom. 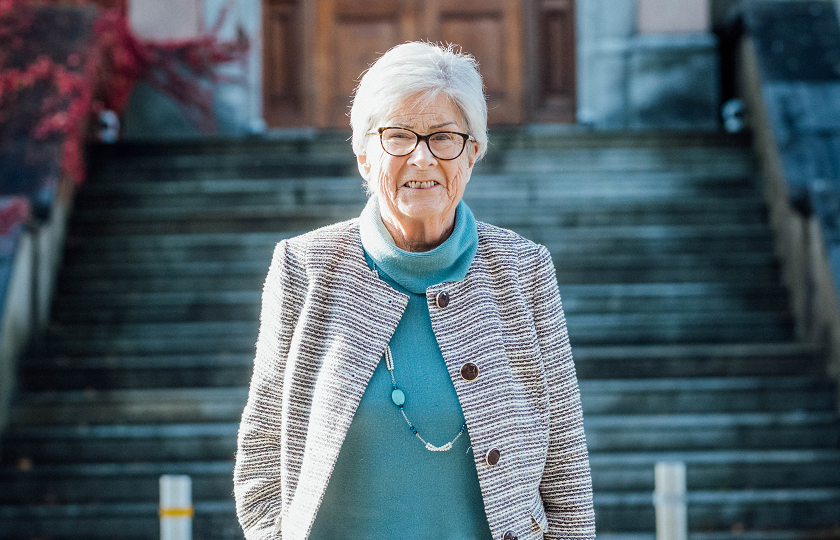 Nora Murphy, who graduated from MIC in 1949, pictured at the Alumni Reunion 2019

Addressing those in attendance at the Alumni Reunion, Professor Wall highlighted the expansion of the College and as he announced that the student population now exceeds 5,000, many gasps could be heard around the room by those who remember when the number of students was only in the hundreds. Professor Wall also spoke of the growing number of international students at MIC and the increasing popularity of MIC Thurles.

Nora Murphy recalled her days in the College and despite a much stricter regime in 1949, she remembered fondly her time spent at Mary Immaculate Training College, as it was known then. In Nora’s year there were just 50 students, a marked difference to the 400 who are now in the final year of the Bachelor of Education programme at MIC.

For Nora and her classmates, lectures were held seven days a week and the students spent two years on the primary teaching programme before graduating in comparison to the reconceptualised four-year undergraduate degree currently in place. 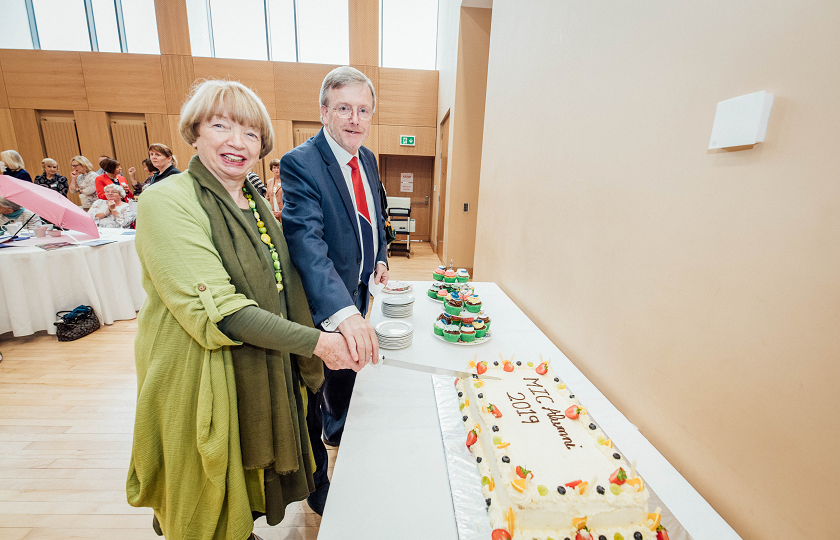 Áine Lawor, who graduated in 1969, pictured with President of MIC, Professor Eugene Wall

The class of 1969, who celebrated their 50 year reunion, were one of the larger groups in attendance on Saturday and Dr Áine Lawlor, a graduate of that year, joined Professor Wall to cut the cake. Dr Lawlor, a member of An tÚdarás Rialaithe, the Governing Body of MIC, has a long and distinguished career in education having served as Chief Executive of the Teaching Council.

An extract from the Mary Immaculate Training College Annual in 1959 also rang true on Saturday as our past students filled the corridors of MIC once more. “However much the past students increase in number, a common link unites them and binds them to the College, where they are ever welcome and where news of them is always gladly received.” 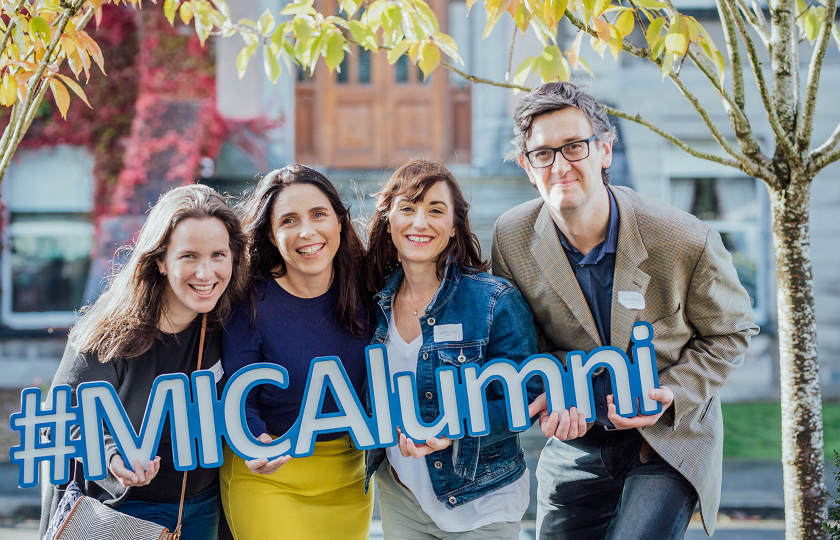 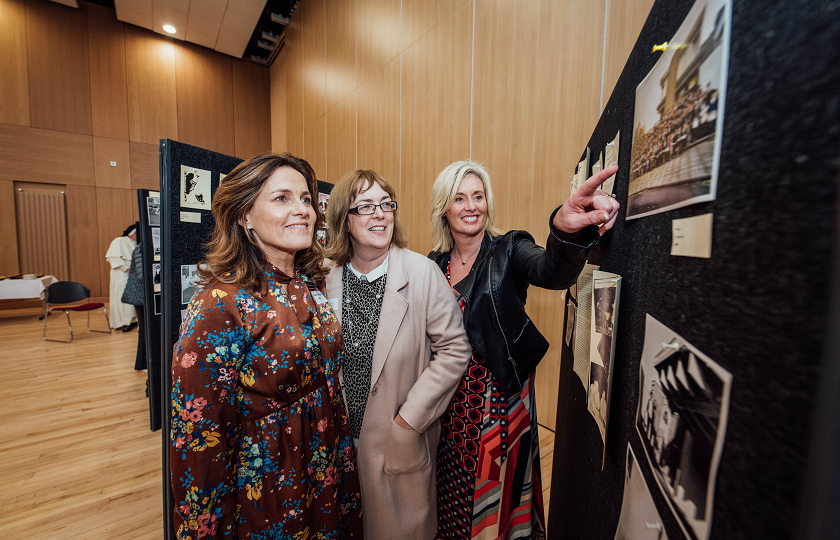 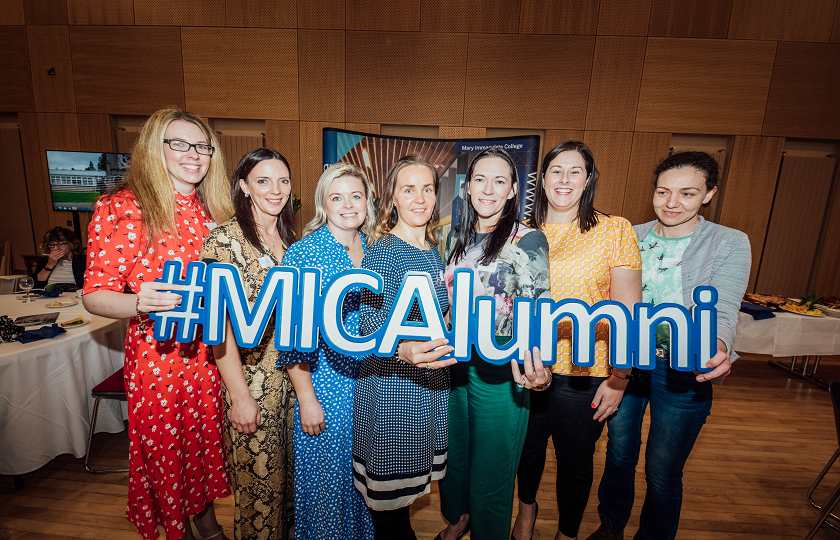 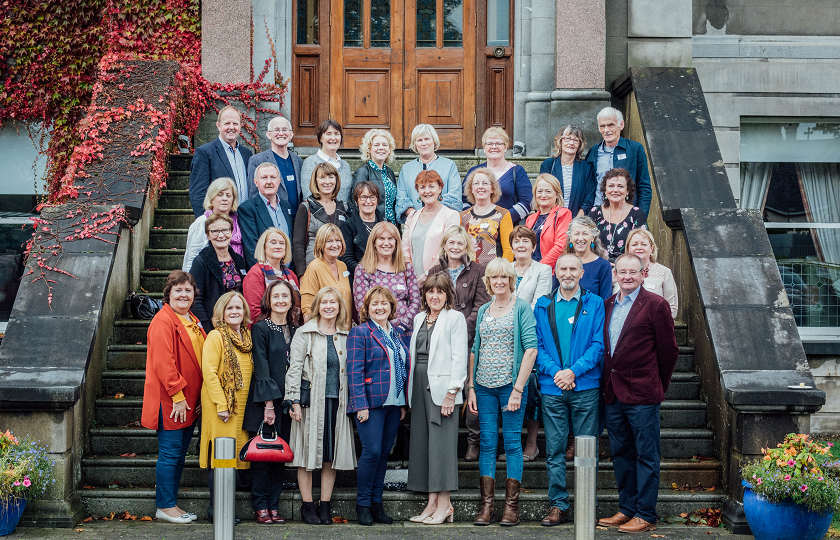 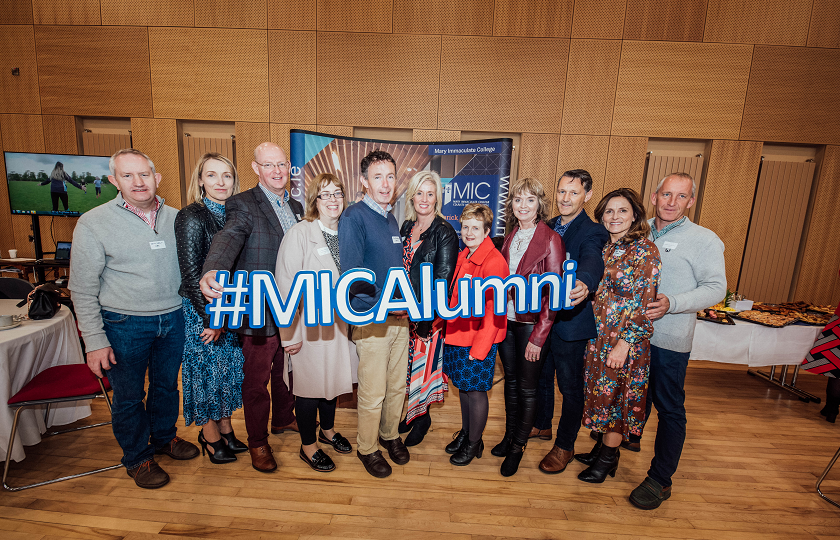 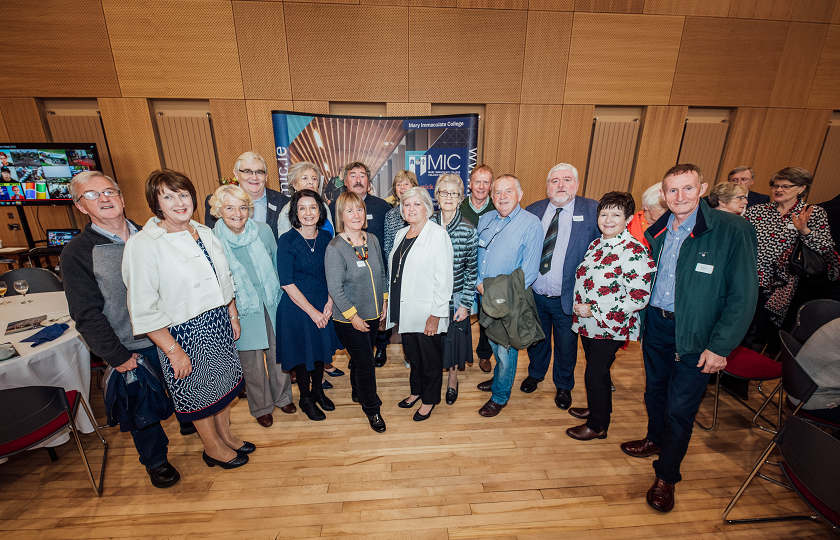 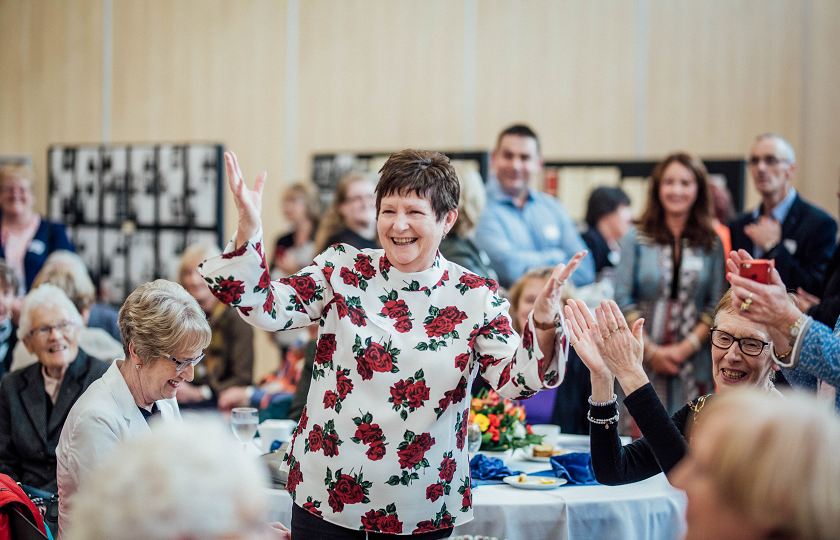