From mature student to published author

Last night saw the official launch of the The Glynns of Kilrush, County Clare, 1811–1940: Family, business and politics; the first publication from Limerick academic, Dr Paul O’Brien, lecturer in MIC.

Published by Four Courts Press, the book examines the fortunes of a provincial entrepreneurial family, the Glynns of Kilrush, Co. Clare, who came to prominence in the early years of the nineteenth century. It explores their networking strategies and business acumen, and traces the rapid expansion of their business activity from small-scale corn millers to proprietors of several enterprises including shipping concerns and railways.

According to Dr O’Brien “The book addresses the issue of middle-class identity, examining the ways in which it was constructed and represented to the wider community. It also explores the mechanisms used by the middle classes to establish and maintain their economic, social and cultural hegemony, and how these were reproduced down the Glynn generations.”

Launching the publication Professor David Dickson, Trinity College Dublin said “The social history of Irish business families has rarely been attempted, but Paul O'Brien has done just that.  He has given us a most revealing study of the Glynns, the merchant princes of Kilrush, and he has done full justice to the superb family archive on which this handsome book is based.” 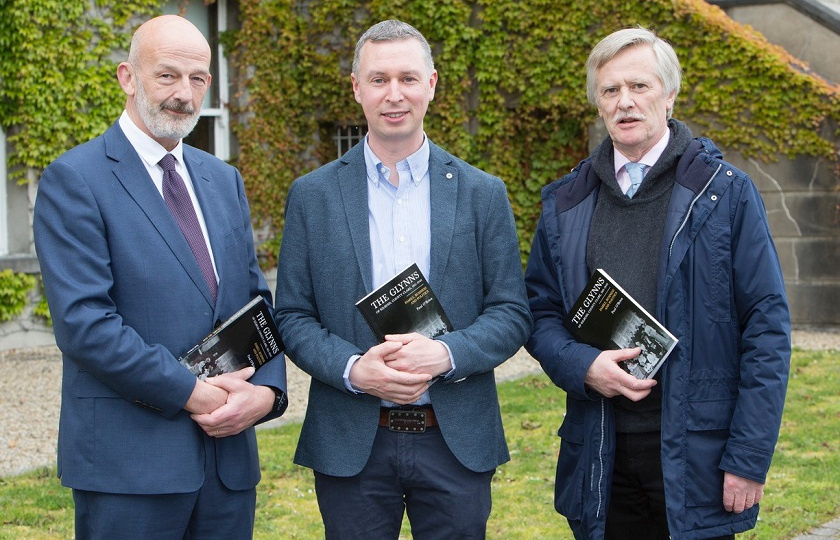 Dr O’Brien, who is a recipient of the Military Heritage Trust of Ireland award for his research into recruitment practices during the First World War, received his doctorate from the Department of History at Mary Immaculate College in 2016 under the supervision of Dr Maura Cronin.  This publication is a monograph based on his PhD thesis for which he was given access to the Glynn family archive, c.1790-1980.

Dr O’Brien, who was a research fellow at the Irish College, Paris in 2016, first joined MIC as a mature student on the Liberal Arts programme in 2006, studying History and Philosophy. According to Dr O Brien his reasons for returning to education were quite simple – he wanted to better himself.  “The quality of teaching and supervision which I received during the course of my undergraduate degree inspired my decision to continue my studies in History to postgraduate level” he said.  This decision was also helped by the awarding of an Assistantship which not only offered a fee waiver but presented the chance to teach tutorials during the course of his research.  And it was those teaching duties which helped him develop his lecturing skills which in turn fittingly saw him take up his current position as a lecturer in the Academic Learning Centre, a department within MIC offering academic support to all those undertaking undergraduate degree programmes at MIC.

Opening up its programme provision to mature students similar to Dr O’Brien is among one of MIC’s key strategic goals for the next number of years and to that end MIC is currently inviting applications from mature students to its Liberal Arts and other Level 8 undergraduate degree programmes to ensure an increase of relative participation rates by people, at all stages along the life-cycle, in higher education.  Further information available here.

The Glynns of Kilrush, County Clare, 1811–1940: Family, business and politics is available to purchase in good book stores and on-line here. 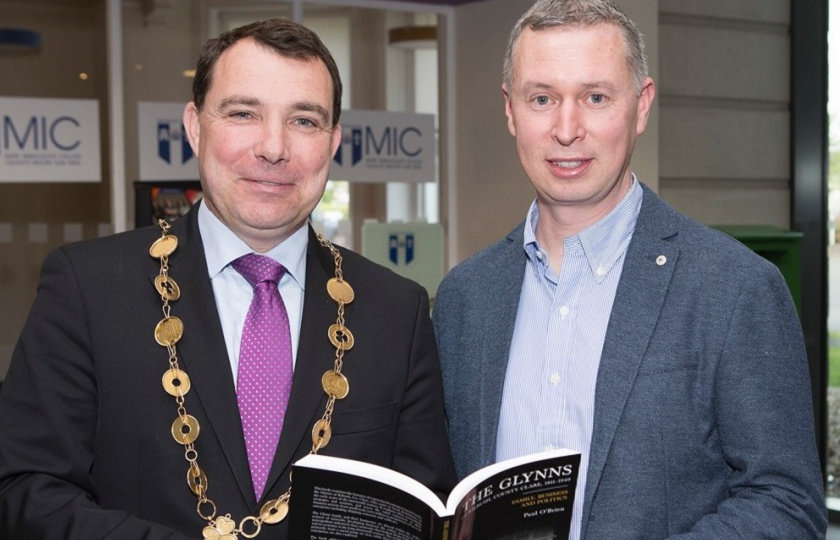