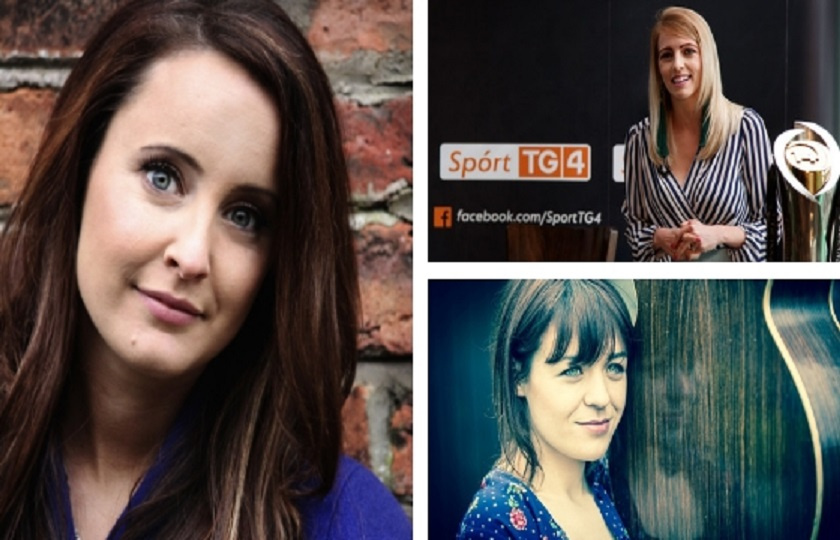 The inaugural Fem Fest at Mary Immaculate College will run from 5-15 February. The programme of events will include musical and theatrical performances, art exhibitions, lectures, seminars on diverse topics such as women in the film and sports arenas, and much more. All events are free unless specified.

The festival will begin on Tuesday 5 February at 12 noon with a talk on Fair Plé, a movement dedicated to achieving gender balance in all aspects of Irish traditional and folk music, and will be opened officially at 1pm by Dr Niamh Hourigan, MIC's incoming Vice-President of Academic Affairs. After the opening remarks, there will be a concert featuring musicians, Niamh Dunne and Emma Langford.

Festival highlights include the Irish Women’s Writing Network Seminar on Friday 8 February. Martina Devlin will read from her recently published collection of short stories, Truth and Dare: Stories About Women Who Shaped Ireland. Donna Gilligan will talk about women’s suffrage. Lizzie Nunnery will talk about her critically lauded play, To Have to Shoot Irishmen; a play about the Sheehy-Skeffingtons. MIC’s BA in Contemporary and Applied Theatre students will also perform a short scene from the play.

On Tuesday 12 February, Fem Fest hosts a sports event highlighting and acknowledging the often-overshadowed sporting achievements and leadership of MIC’s female students and staff (past and present). MC for this event is Máire Treasa Ní Dhubhghaill of TG4’s Rugbaí Beo.

MIC lecturer and Chair of the organising committee, Dr Dorothy Morrissey, said that the inspiration for Fem Fest came from a successful production of Eve Ensler’s The Vagina Monologues by the College’s female staff and postgraduate students for International Women’s Day last year. It was decided to host a festival highlighting the experiences and achievements of women more broadly and February was chosen because the month opens with the feast of St Brigid and 14 February or V-Day is a global activist movement to end violence against women and girls.

“I am excited by the range of events taking place as part of Fem Fest MIC. It’s a great honour to be a part of an event honouring the diversity of women’s experiences and achievements since the 1880s. MIC itself was founded in 1898 and run, at its outset, by women for women. It is fitting, therefore, that MIC should host a festival about women’s experiences and achievements. So come along and either sit back and enjoy what is on offer or add your voice to the conversations that will unfold,” said Dr Morrissey.

Physical violence is never far from the surface in women’s writings about women’s suffrage, the subject of a seminar on 8 February. Physical violence also looms large in Molly Daly’s lunchtime lecture on Bridget Cleary on 12 February. American poet, essayist and feminist Adrienne Rich wrote that “in a world where language and naming are power, silence is oppression is violence”. Many of the speakers at Fem Fest speak into this silence, whether it be that of women filmmakers (the subject of a panel discussion on Wednesday 6 February or that of women in Irish traditional music (the subject of the opening lunchtime lecture on Tuesday 5 February).

Other events: Performance poets, Sarah Clancy, Illyana Kuhling and Kathryn Keane will read and perform from their work at lunchtime on 7 February. Professional theatre artist, and MIC PhD candidate, Aideen Wylde, will perform her one-woman play, Here Shall We Rest in a lunchtime performance on 8 February and two evening performances on 7 and 8 February. Two art exhibitions will run throughout the festival: Hunting the wren, female head pieces, an exhibition by former MIC lecturer Sinéad Dinneen, which depicts contemporary ceremonial headpieces with ancient and historic connotations, and We are the flock by MIC lecturer Tanya de Paor—an installation of video, narrative and lens-based work from an ecofeminist perspective.

Fem Fest also highlights the scholarship of MIC staff and postgraduate students in the area of women’s experiences and achievements. Staff across a range of disciplines and departments will provide lunchtime lectures on such diverse topics as representations of girlhood in Peter Pan (Jade Dillon); MIC’s first graduates (Dr Paul O’Brien); Paula Meehan’s poetry (Dr John McDonagh) and the representation of female migrants in contemporary Irish literature (Dr Marita Ryan). In addition, some of MIC’s lecturers will open their classes to the College community and to the public as part of Fem Fest.

Fem Fest MIC opens on Tuesday 5 February with the first in a series of lunchtime performances and talks, and runs until Friday 15 February.

Two art exhibitions will run throughout the festival: Hunting the wren, female head pieces, an exhibition by former MIC lecturer Sinéad Dinneen, which depicts contemporary ceremonial headpieces with ancient and historic connotations; We are the flock by MIC lecturer Tanya de Paor, an installation of video, narrative and lens-based work from an ecofeminist perspective in MIC’s meditation room.

Tuesday 12 February: Lecture on Bridget Cleary who was killed by her husband in 1895. Bridget’s husband believed that his real wife had been abducted by fairies and a changeling left in her place. This lecture will be delivered by Molly Daly, MIC.

Friday 15 February: Lecture on the representation of the female migrant in contemporary Irish literature by Dr Marita Ryan, MIC.

Vanessa Gildea is a writer/director, and former MIC student. Her work includes the IFTA nominated films The White Dress and The 34th (with Linda Cullen). The 34th is the story of marriage equality in Ireland and is now available on Netflix.

Megan K. Fox is a writer/director who has won a number of awards for her short films. They include Slow Down (2015), Girl (2016) and The Shift which recently won the Film in Cork Award, 2018.

One-day Event on Women in Public Life in the Early Years of the 20th Century takes place on Friday 8 February.

Lizzie Nunnery is interviewed about her critically lauded play, To Have to Shoot Irishmen, which is based on the lives of Hannah Sheehy-Skeffington and her husband. A short scene from this play will be performed by students on MIC’s BA in Contemporary and Applied Theatre programme.

As part of the scheduled lecture timetable, the following lectures are open to the MIC community and members of the public.

Friday 8 February: MIC PhD candidate Aideen Wylde presents her play, Here Shall We Rest. This performance will be followed by a talk-back. Tickets are €8/5; bookings through www.limetreetheatre.ie.

Tuesday 12 February: An evening to acknowledge and highlight the achievement and leadership of women in sport who have strong links with MIC either as past or present students and staff. Máire Treasa Ní Dhubhghaill of TG4’s Rugbaí Beo will act as MC.