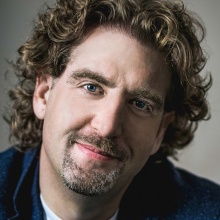 My research interests lie in the meaning-making, educative and pro-social possibilities of the arts, particularly drama and theatre, and I locate my work in an interdisciplinary space between the humanities and education. I seek to understand how societies, their citizens and their structures engage with drama and theatre, and I strive for a better awareness of why the arts are typically regarded as secondary to more mainstream and 'important' discourses. I am currently leading an Irish Research Council (IRC) research project looking at creativity and wellbeing, as well as developing a project examining ecologies of theatre practice and participation. I am also interested in arts practice research and one of the founders of IMBAS - an Irish forum for Arts Practice Researchers and Artists.

I am interested in undertaking collaborative work and recruiting postgraduate research students particularly in the areas of applied and social theatre; theatre and social justice, theatre practice as research, drama/theatre education and creativity.

My artistic portfolio is available here

Michael Finneran is Senior Lecturer in drama at Mary Immaculate College, University of Limerick, Ireland. He is the founding Head of the Department of Drama and Theatre Studies at the College, and Programme Director for the BA in Contemporary & Applied Theatre Studies. Previously, he held the post of Head of the Department of Arts Education & Physical Education in the Faculty of Education at MIC. He holds a PhD from the University of Warwick, completed under the supervision of Prof. Jonothan Neelands.

Michael’s research interests lie in applied theatre, drama education, theatre practice, creativity, arts policy and social justice in the arts. He has published widely in those areas and is co-author (with Prof. Kelly Freebody) of Critical Themes in Drama: Social-Cultural and Political Analysis in Drama Education & Applied Theatre (Routledge, 2021) and co-editor of a number of volumes, including Drama and Social Justice: Theory, research and practice in international contexts (Routledge, 2016), Applied Theatre: Understanding Change, (Springer, 2018), Education and Theatres (Springer, 2019). He is currently Principal Investigator on an Irish Research Council/Creative Ireland funded study examining creativity and wellbeing.

Michael’s has spoken widely at home and abroad on the arts, creativity and education and has published journal articles and books on those topics. He was added to the DCU Alumni Wall in 2020 and was appointed a Gilbert Visiting Fellow to the Sydney Social Sciences and Humanities Advanced Research Institute in 2021. He has given keynote addresses as part of the Sydney Ideas series at the University of Sydney, at the University of Auckland and at the University of British Columbia. He has been a keynote presenter for the INTO and the Department of Education and Skills Inspectorate in Ireland. Michael is former Editor of RiDE: The Journal of Applied Theatre & Performance (Taylor & Francis), and sits on the editorial boards of Applied Theatre Research (Intellect) and NJ: Drama Australia Journal (Taylor & Francis). He was Academic Director and Convenor for the 7th IDiERI (International Drama in Education Research Institute), held in Limerick in July 2012. He has given guest lectures at Universities around the world, and has acted as External Examiner at the Universities of Sydney, Warwick, British Columbia (Canada), Manchester and Griffith University, Brisbane.

Michael was a member of the National Council for Curriculum & Assessment (NCCA) Board for Early Childhood & Primary Education in the Rep. of Ireland from 2009-2015, and was nominated from 2015-2019 by the Minister for Education and Skills to the High Level Implementation Group which had responsibility for overseeing work on the Arts in Education Charter in Ireland. As part of that work, he chaired in 2017/2108, on behalf of The Arts Council/An Comhairle Ealaíon, the design and implementation group for the Scoileanna Ildánacha/Creative Schools project that is currently being rolled out nationally.

Michael is a board member of the Lime Tree Theatre; Limerick’s newest professional venue, which he was central to establishing in 2012. He chairs the programme board for the Belltable, also in Limerick. Michael is Chairman/Cathaoirleach of the board of Branar Téater do Pháistí in Galway, and Chairman the board of Dance Limerick.

He remains a practicing theatre artist, with over one hundred direction and design credits to his name in professional and community theatre, having most recently designed lighting for Translations, On the Outside/On the Inside & Blithe Spirit (Lime Tree Theatre), 4:48 Psychosis, Pupa, The Resistible Rise of Arturo Ui (Belltable). He directed The Rise and Fall of Little Voice by Jim Cartwright in the Lime Tree Theatre in November 2014, and Conor McPherson's The Seafarer in the Belltable Arts Centre in 2012. He is also a founder member of Bare Space Theatre Co. in Limerick and with them has directed Sweeney Todd: The Demon Barber of Fleet St. (Belltable Arts Centre, 2006), The Threepenny Opera (former Franciscan Church, 2009) and most recently Lily (Belltable Arts Centre, 2011). Other directorial work includes The Raven King (Wexford Festival Opera, 2001), Jason & Hanna (Kidsop Edmonton, 2002) and a significant number of productions over twenty years with MIDAS (MIC Drama Society) as director, producer and designer.