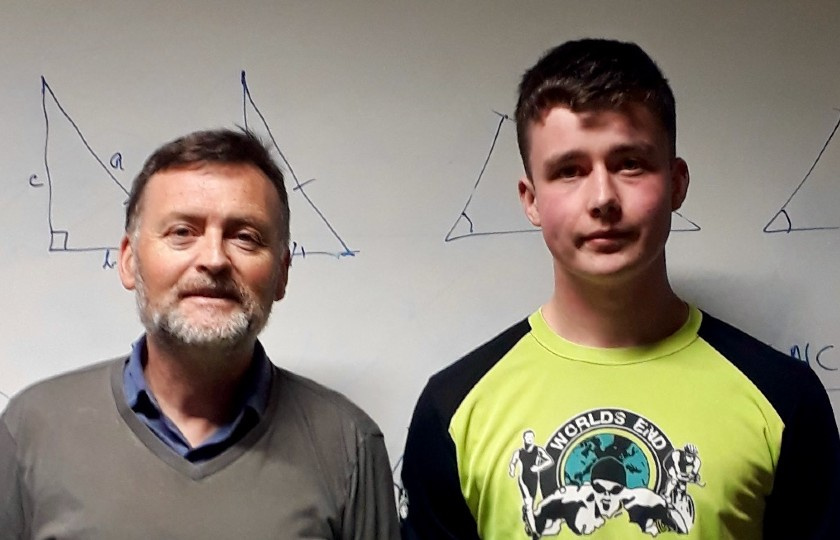 The IMO is the most prestigious mathematical contest for second-level students in the world. First held in Romania in 1959 with just seven countries participating, it has since grown to over 100 countries participating in recent years. Ireland has been represented every year since 1988 with two silver medals to date; one for Glenstal Abbey School’s Lucas Bachmann in 2019, and earlier to Meath student Fiachra Knox in 2005.

Speaking on the competitive nature of this event, Dr Bernd Kreussler, Maths Lecturer at Mary  Immaculate College, said: “In order to have any chance of scoring even a few marks at the two four-and-a-half-hour exams at the IMO, students have to undertake an intense training course which focuses on problem solving. It is important to start early with such training, because problem solving is based more on experience and independent thinking than on the knowledge of facts. Some changes in school curricula made in recent years aim at better development of problem-solving skills. However, this is not sufficient. To enable the most talented students to achieve their full potential, more students from Primary School and Junior Cycle of Secondary School need to get involved in after-school activities where they face challenging maths problems.”

The mathematical talent in post-primary school students is taken care of by mathematical enrichment courses offered at six centres across Ireland, at UL, NUI Galway, UCC, Maynooth University, UCD and IT Sligo.

In Limerick, every year a group of talented, highly motivated and interested students join such a course. Most of them are in Transition Year, 5th or 6th year of secondary school, but a small number of exceptionally talented younger students can frequently be seen there as well. These courses provide an opportunity for interested students to think about challenging problems in a friendly and stress-free environment where they meet like-minded peers and often make friends.

The enrichment course in Limerick, has been offered at UL for more than 30 years. Every year from January until April, enrichment classes run on Thursdays between 7 pm and 10 pm. The trainers are mathematicians from UL and from Mary Immaculate College who volunteer to carry out this work for free in their spare time. In recent years, two maths teachers from Castletroy College and from Laurel Hill Secondary School in Limerick got involved in the enrichment classes as well.

All participants of this year’s Limerick Maths Olympiad (LMO) are attendees of the current enrichment course in Limerick. Yesterday (Thursday, 7th April) a small awards ceremony was held at which the winners received their prizes. Dr Ronan Flatley, Maths lecturer at Mary Immaculate College, who conducted the ceremony, said “I’m impressed by the creativity of the best-performing students at the Limerick Maths Olympiad. They came up with some solutions that I had not anticipated. It is a great pleasure to work with these young people and to support their development as problem-solvers.”

Interested students can find more information at www.irmo.ie, which is the website of the Irish Mathematical Olympiad.

The trainers at all six Irish centres would greatly welcome sponsors willing to support their activities, so that more competitions could be organised, printed material could be made available to participating students and training weekends or even summer camps (very popular and successful in other countries) could be financed.

To get a taste of the type of problem which appears in mathematical olympiads, here is Problem 1 from the Limerick Mathematical Olympiad 2022: