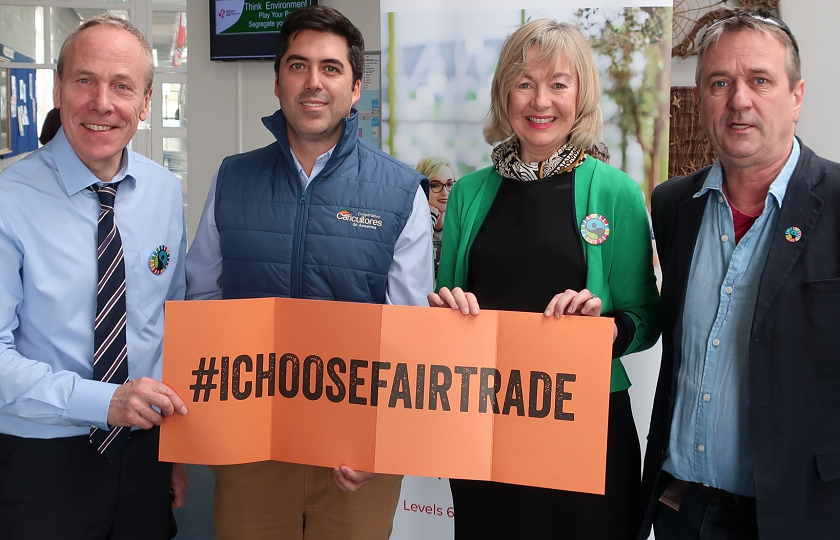 Mary Immaculate College (MIC) has been accredited as a Fairtrade College by Fairtrade Ireland for its Thurles campus in recognition of the efforts of students and staff who have successfully promoted the use of Fairtrade products across the campus. Over the past three years, students and staff at MIC Thurles have been encouraged to show their support for producers and their communities in developing countries by choosing Fairtrade products. In addition, the MIC Thurles Fairtrade Committee has worked closely with the Thurles Fairtrade Committee and Limerick Institute of Technology’s Thurles campus to celebrate Fairtrade Fortnight and to raise awareness amongst the local Thurles community of the values and benefits of Fairtrade products.

In accrediting MIC Thurles as a Fairtrade College, Lucy Geraty, Project and Support Coordinator with Fairtrade Ireland, commended the staff and students at MIC Thurles on their commitment to supporting Fairtrade farmers by ensuring Fairtrade products are available across the campus. She said, “MIC Thurles have been consistently fantastic supporters of Fairtrade, with staff, students and even members of the Thurles Fairtrade Town group being highly engaged in promoting and supporting the work that Fairtrade Ireland does both during and outside of Fairtrade Fortnight. This is why we are particularly delighted that they are now officially a Fairtrade College.”

She continued by saying, “The fact that many students of MIC Thurles go on to educate more young people in their future careers, with an awareness and value for a fairer and more sustainable world instilled in them through their own education at MIC, is what makes MIC Thurles’ Fairtrade status and the potential impact it could have so profound.”

He added, “We are pro-active in integrating sustainable issues and topics, including Fairtrade, into our teaching on all our four-year concurrent post-primary initial teacher education programmes at MIC Thurles. We recognise how important it is to equip our student-teachers with the awareness of how our choices help us to shape the world we want, and how the effects of our choices on what we eat, drink and wear affects the lives of people around the world. We believe by teaching our student-teachers about the values of Fairtrade that they can then teach their school pupils how to become responsible global citizens.”

Fairtrade teas and coffees, snacks and bananas are available across the MIC Thurles campus and since January 2020, Master Chefs have provided catering services at both campuses in Limerick and Thurles. A key part of the decision to change to this company was their commitment to Fairtrade and sustainable and environmental practices.

Some of the events that have been organised for Fairtrade Fortnight in previous years include distributing Fairtrade food samples to students and staff at MIC Thurles and sending Fairtrade roses around the campus to celebrate friendship, as well as encouraging students to take part in Fairtrade Ireland’s poster competition. Students are also encouraged to purchase Fairtrade products when shopping in the local community. According to Dr Nigel Quirke-Bolt, “While this might just be a small step that our students take on their own, if we all step forward together we become powerful and can take steps to ‘choose the world we want'.”

For third-year student, Nathan Kelly, who is studying on the BA in Education, Gaeilge and Religious Studies programme at MIC Thurles, awareness of fairer trading conditions in the global supply chain is important. He chose to get involved in the College’s Fairtrade efforts because “I can appreciate how Fairtrade provides a valuable connection between the College and teaching on school placements. I am able to integrate my knowledge of sustainability and Fairtrade and bring a different perspective into my teaching.”

In congratulating the staff and students at MIC’s Thurles campus, Gerard O’Hara from the Fairtrade Thurles Committee said, “Congratulations to MIC Thurles on achieving Fairtrade College status. It is good to know all the hard work in MIC Thurles has been recognised. Your good news will give the Fairtrade movement in Thurles a much-needed boost. Well done to all involved!”

Over the coming year, the MIC Thurles Fairtrade Committee hopes to build on the recognition and progress achieved in becoming a Fairtrade College, and further develop and expand the College’s links with the local community, in particular with local Fairtrade groups and schools in the Thurles area.

Further information about Fairtrade Colleges in Ireland can be found here. 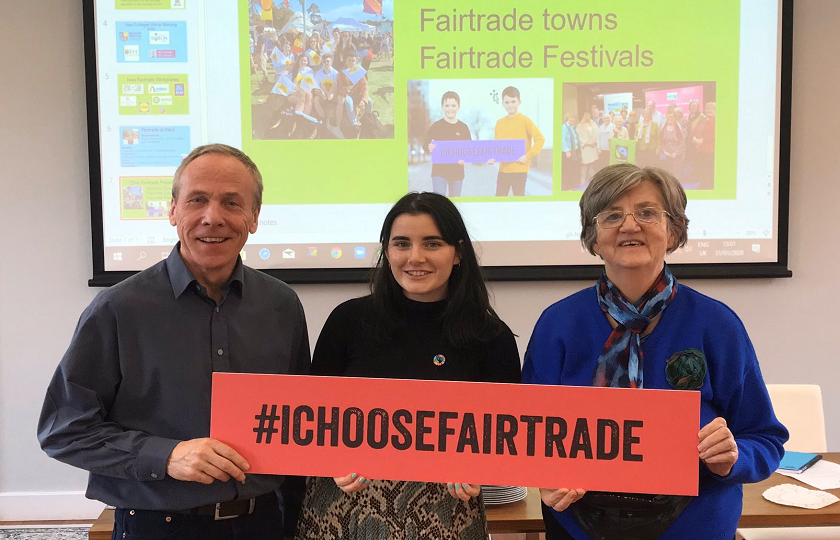