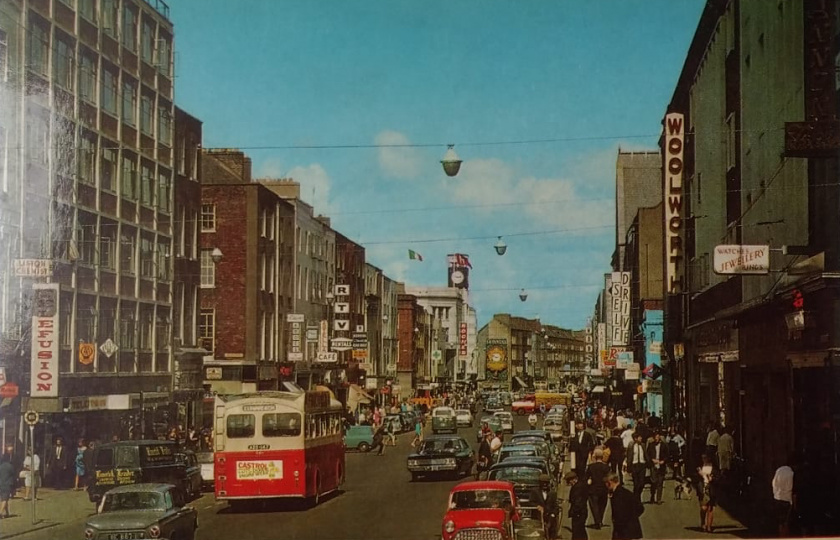 An exciting new publication from three Limerick based academics charts the history of retail in Limerick through four centuries, mapping the changes in the heart of Limerick City and documents how it’s people both experienced and valued the city’s shops.

‘Are ye going up town? Shops and shopping in Limerick’ is the product of a three-way partnership between Limerick City and County Council, Mary Immaculate College and members of the Limerick public who have come forward to share their stories of shopping in the city. Using maps, newspapers, advertisements, business records, photographs and recorded interviews, it traces the changes in Limerick’s streets and retailing over the course of three centuries.

The book explores how the very heart of Limerick City shifted from the Medieval port, Mary’s Street, Broad Street and Edward Street in 1700s to the high class retailing shops in George’s Street (modern-day O’Connell Street) up to the mid-20th century; then further to William Street in the 1950s and 60s; before the supplanting of the city centre by the suburban shopping centres from the 1970s onwards.

The book also examines how different types of shops rose and fell in popularity since the late 18th century: how the 1800s saw a shift from the exclusive privately-owned shops to the department stores or ‘monster houses’ like Cannock’s and Todd’s emerging in the latter part of the century; and how thriving grocery and drapery shops navigated their way through a changing world and an evolving city. The role of the humble corner shop from older areas outside the city like Thomondgate to the newer estates like Janesboro is also explored.

The memories of those who have shopped in Limerick down through the decades are expertly captured in the publication; with visits to Santa at Todd’s warmly recalled; Clothes shopping in Cassidy’s or O’Donnell’s; the hardworking shopworkers of Sheehan’s of Edward Street memorialised; and the heart-warming goodness of a ‘chip-butty’ for lunch on pay-day remembered. The relationship between shop owners and their customers is also skilfully examined, with an emphasis on the social and societal differences between patrons and how their shopping experiences differed. 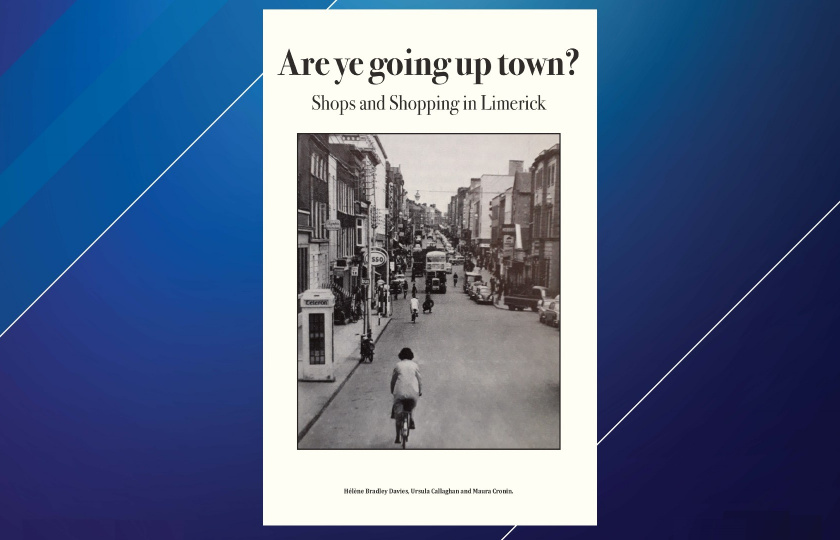 A fascinating work of oral history, the book offers a perspective worth considering in the ongoing discussion for the future planning of Limerick as the City works to battle with the challenges facing traditional retail due to the rise of on-line shopping.

Described by Prof. Des McCafferty as “an evocative and absorbing account of that most quintessential of urban activities, shopping, covering a period of some 250 years in Limerick” this publication will appeal to a wide range of readers, from academics and planners to Limerick residents whose own memories will be rekindled by those fondly recounted in the book. A marvellous collection of memories supported by photographs and other historical memorabilia from retail through the years, it promises to meet a wide range of interests.

Funded by Limerick City and County Council, researched and authored by geographers and historians from Mary Immaculate College Limerick, grounded in the memories of Limerick people, designed by Avid Graphics of Limerick, and printed by Limerick Printing, this book is truly ‘made in Limerick’.

‘Currently retailing at €20, ‘Are ye going up town?’ will make the ideal Christmas present and can be purchased in O’Mahony’s bookshop, O’Connell Street, the Crescent Bookshop, Crescent Shopping Centre and Celtic Bookstore on Rutland Street.