Irish Women Playwrights and Theatremakers Conference to be held at MIC 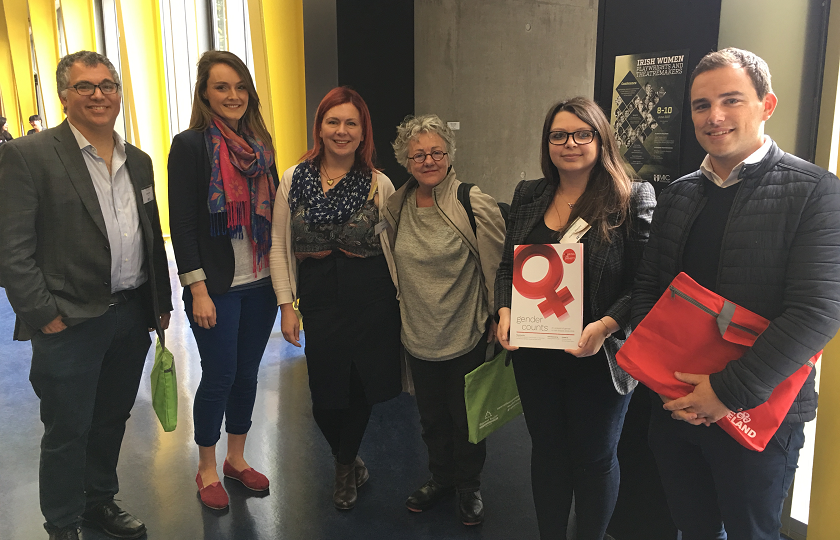 When the Abbey Theatre announced its 1916 centenary “Waking the Nation” programme, Irish theatre fans and practitioners were rightly outraged that only one of the ten plays being produced was written by a woman. The outcry over that gender-imbalanced programme led numerous Irish women to take to social media and vent their justified anger. The “Waking the Feminists” (WTF) initiative was born, and this important grassroots movement has done much to highlight the prejudice regularly endured by women working in Irish theatre, yesterday and today.

My colleagues and I in the Department of Drama and Theatre Studies at Limerick’s Mary Immaculate College (MIC) regard the emergence of WTF as one of the most important developments in Irish theatre in our lifetimes. Indeed, we have been so inspired by the movement that we have decided to host a conference which will highlight the vital, frequently overlooked contributions that women have made to Irish theatrical life from the eighteenth century to the present. The conference will take place on the MIC campus on 8-10 June 2017. The plenary speakers will include Co. Clare playwright Ursula Rani Sarma, as well as three highly-regarded academics who have worked in this field for many years: Dr. Cathy Leeney (UCD), Dr. Melissa Sihra (TCD), and Dr. Mária Kurdi (University of Pécs).

Why do my colleagues and I feel that such an event is badly needed? During the debates that broke out in response to the WTF campaign, one repeatedly heard male and female commentators insisting that there are far fewer Irish women writing plays than there are Irish men. Some even had the audacity to claim – and not just in the comments sections of websites – that plays by women are simply not as strong as those written by men. As students of Irish theatrical history (and people who have worked in Irish theatre for many years), my colleagues and I weren’t sure whether to laugh, scream, or cry at these ludicrous contentions. As regards the supposed dearth of Irish women playwrights, I can only speak from personal experience: thanks to the twelve years I spent working in the Dublin theatre world and seven plus years teaching drama courses at Irish third-level institutions, I can confirm that I personally know or have “one degree of separation” from 122 Irish playwrights, of whom 68 (or 56%) are women. As for the contention that women have historically not written strong or successful plays, my colleagues and I realised that people must be even more unaware than we suspected of how many great women playwrights Ireland has produced over the centuries.

In hindsight, we should not have been so surprised at this level of unawareness; you can’t assess the merits of plays you’ve never read or seen. As our plenary speakers and other scholars – such as Prof. Patrick Lonergan of NUIG and Sara Keating of the Irish Times – have argued, there are three primary ways in which Irish women playwrights have traditionally been “fired from the canon” (to borrow Keating’s nifty phrase). First and most obviously, women have regularly had strong submissions unfairly rejected by the major Irish theatres and theatre companies. During the late eighteenth and early nineteenth centuries, Maria Edgeworth found it impossible to get her plays professionally staged (despite the fact that she was a highly successful novelist); thus, her scripts were performed as “home theatricals” in the family Big House at Edgeworthstown. Post-independence, Teresa Deevy wrote a string of successful plays for the Abbey, but her submissions stopped being accepted once the infamous Ernest Blythe assumed complete control of the theatre. And, since the early 1980s, Irish women playwrights such as Christina Reid, Anne Devlin, Stella Feehily, Deirdre Kinahan, Lucy Caldwell, Lynda Radley, Abbie Spallen, Ailís Ní Ríain, Lisa Tierney-Keogh, and conference plenary speaker Rani Sarma, have been debuting important new works in London, Edinburgh, and New York, while finding it nearly impossible to get produced in their home country. Scholars with an interest in plays by women may know how strong many of these plays are, but the average punter can be forgiven for not having hunted down plays that have never been produced, published, or stocked by bookshops in Ireland.

The second way in which Irish women dramatists have been effaced from the historical record is through the reluctance of theatres to revive their successful plays. Since the early eighteenth century, Irish women have been writing plays that were hits on the British and/or Irish stages. Examples include (to name only a handful) Mary Davys’s The Northern Heiress (1716), Frances Sheridan’s The Discovery (1763), Elizabeth Griffith’s The Platonic Wife (1767), Mary Balfour’s Kathleen O’Neil (1814), Lady Gregory’s The Rising of the Moon (1903), Mary Manning’s Youth’s the Season…? (1931), and Marina Carr’s Woman and Scarecrow (2005). The plays by Manning and Carr have only been revived twice in Ireland (despite being brilliant Irish classics); Gregory’s play was revived frequently during the early decades of the Abbey but is totally ignored today (even when the “national” theatre she co-founded commemorates important anniversaries). As for the rest of the plays listed, they have – to my knowledge – never been revived since their opening Irish runs, despite the fact that inferior plays by their male contemporaries have been repeatedly staged.

The third and final way in which Irish women playwrights have been marginalised relates to publication. As Lonergan and others have pointed out, even when women write hits, they are much less likely than men to see those plays get into print. As such, important plays by the likes of Mary Manning and Winifred Letts were never published during their lifetimes and are now subsequently lost. Maria Edgeworth’s best – or at least most interesting – play, The Double Disguise (1786), was only published for the first time in 2015. And leading publishing houses have regularly issued collections of plays by twentieth- and twenty-first-century male playwrights whose work is of questionable quality; by contrast, the major plays of Anne Devlin (and, indeed, many of the women named above) have never been collected into a single volume for easy access and confirmation of “canonisation”.

This conference at MIC will shine a light on such discrimination and draw attention to plays that deserve to be widely known in Ireland. While this is a key aim of the conference, I do not want to give the impression that the panel and plenary speakers will be focussing solely on dramatists. There will also be talks covering important directors, scenographers, actors, and contemporary devisers (devising in Ireland is, of course, currently dominated by women such as – to name some prominent examples – Annie Ryan, Louise Lowe, Una McKevitt, Máiréad Ní Chronin, Maeve Stone, and Grace Dyas). At the conference, Irish-language drama, Theatre for Young Audiences, and the intersection between feminist politics and Irish theatre will also be probed. And for those who believe that theorising about theatre often leads scholars too far away from the practical, I am pleased to report that the conference proceedings will also include performances of Teresa Deevy’s The King of Spain’s Daughter (as performed by students from MIC’s BA in Contemporary & Applied Theatre Studies programme) and Anne Devlin’s The House (as performed by Cork actor/playwright and MIC PhD candidate Aideen Wylde). There will also be a roundtable discussion involving women practitioners from across the island; this will highlight the challenges facing (and the exciting developments involving) women working in Irish theatre today. 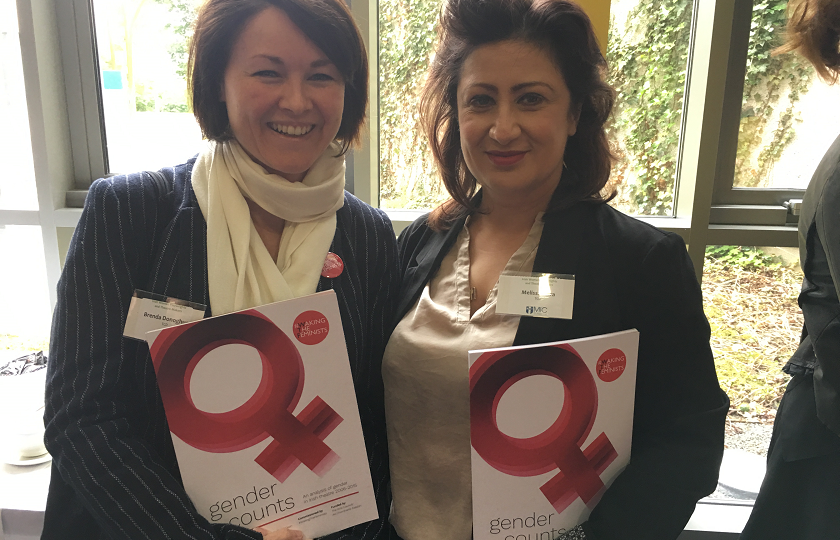 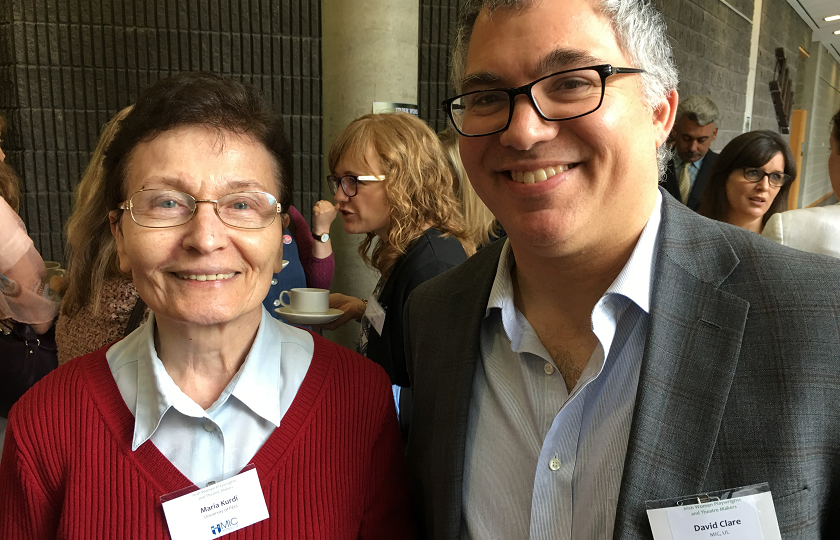 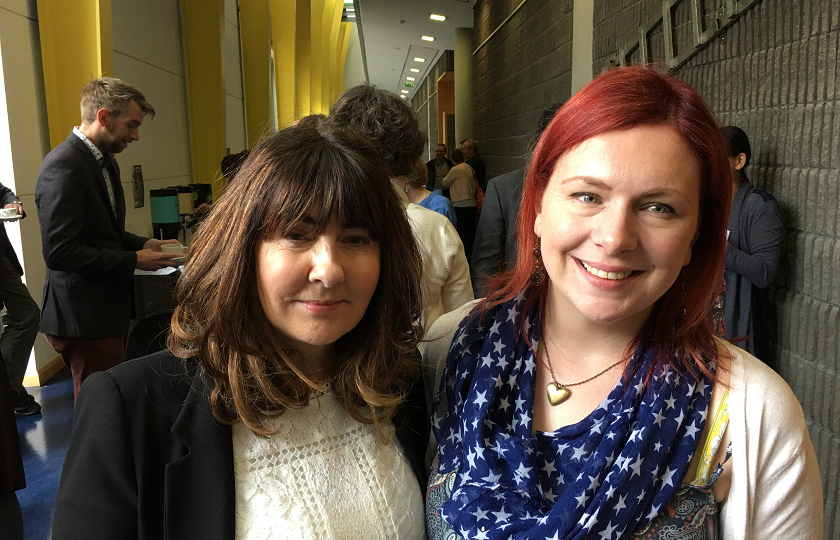