Following 18 months of data-gathering, gap analysis and self-assessment, leading to the development of a strong and ambitious Action Plan, Mary Immaculate College was delighted to learn that it is to be awarded the Athena SWAN Institution Bronze Award.

Speaking on the hard-earned award Professor Eugene Wall, President of Mary Immaculate College, said “Here at MIC we are deeply committed to progressing and embedding gender equality in management, academic, professional and support services and to that end we are delighted at this public recognition of our concerted efforts to address gender equality since becoming a member of the Athena SWAN Charter in 2018”.

Concluding he said “I welcome the opportunity that Athena SWAN provides to examine our policies, practices and staff experiences in terms of gender equality and opportunity for all at the College. I look forward to our continued work in ensuring that MIC is a diverse, welcoming and inclusive college for all. I would also, on behalf of the College, like to express my gratitude to the Athena SWAN team within MIC, led by Dr Elaine Murtagh and Edel Foster, assisted by MIC’s Self-Assessment Team”.

The Athena SWAN Charter was established in the UK in 2005 to encourage and recognise commitment to advancing the careers of women in science, technology, engineering, maths and medicine (STEMM) employment in higher education and research.

The charter has since expanded to recognise work undertaken in arts, humanities, social sciences, business and law (AHSSBL); in professional and support roles, and for trans staff and students. The charter now recognises work undertaken to address gender equality more broadly. In a major national initiative supported by the Higher Education Authority, the Athena SWAN Charter was launched in Ireland in early 2015.

Athena SWAN Award Holder
In February 2018, MIC signed up to the charter, which is committed to advancing gender equality

1. We acknowledge that academia cannot reach its full potential unless it can benefit from the talents of all.

2. We commit to advancing gender equality in academia, in particular, addressing the loss of women across the career pipeline and the absence of women from senior academic, professional and support roles.

3. We commit to addressing unequal gender representation across academic disciplines and professional and support functions. In this we recognise disciplinary differences including:

4. We commit to tackling the gender pay gap.

5. We commit to removing the obstacles faced by women, in particular, at major points of career development and progression including the transition from PhD into a sustainable academic career.

6. We commit to addressing the negative consequences of using short-term contracts for the retention and progression of staff in academia, particularly women.

7. We commit to tackling the discriminatory treatment often experienced by trans people.

8. We acknowledge that advancing gender equality demands commitment and action from all levels of the organisation and in particular active leadership from those in senior roles.

9. We commit to making and mainstreaming sustainable structural and cultural changes to advance gender equality, recognising that initiatives and actions that support individuals alone will not sufficiently advance equality.

10. All individuals have identities shaped by several different factors. We commit to considering the intersection of gender and other factors wherever possible.

In May 2018 MIC appointed Dr Elaine Murtagh as Project Director for Athena SWAN and subsequently Edel Foster was appointed Project Manager. Their role is to lead the preparation of the College’s application for an Athena SWAN Bronze Award. A Self-Assessment Team (SAT) has been formed and is responsible for identifying both challenges and opportunities with regards to gender equality in MIC, and to develop a comprehensive action plan to advance agreed priority areas over the award period. It is made up of academic and professional services staff in MIC. 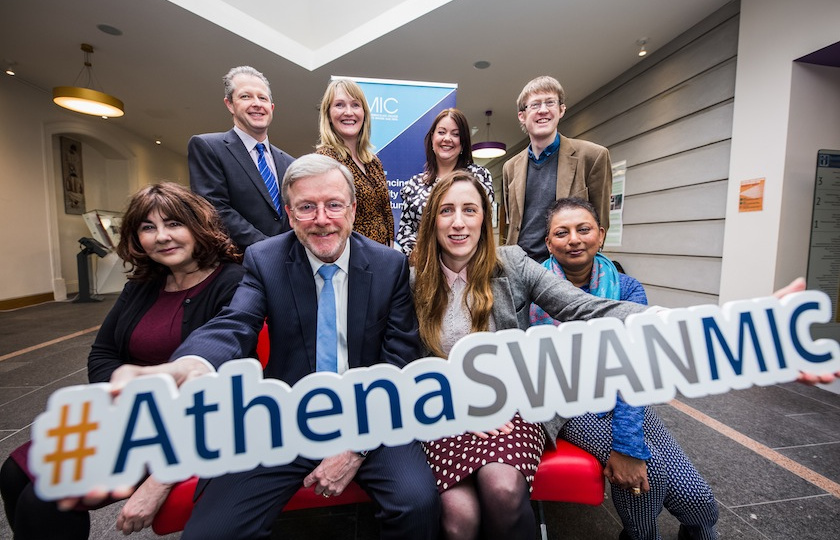 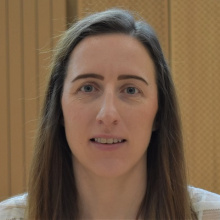 Four information sessions on Athena SWAN were recently held in both the Limerick and Thurles campuses. There was a great level of interest from staff with over 60 professional services and academic staff attending. Elaine Murtagh gave an overview of what's involved in Athena SWAN and discussed the potential changes it will make to our workplace. Edel Foster provided detail on the areas that our working groups are examining, such as the workplace culture of the college, flexible working opportunities and career development.

Diversity in the Limerick Community: Impact of COVID-19

As part of the Limerick Lifelong Learning Festival 2020, MIC hosted a webinar, Diversity in the Limerick Community: Impact of COVID-19. Panelist included Panellists will include Shay Moloney from Limerick Youth Service, Ann Piercy and Patrick McElligott from GOSHH (Gender, Orientation, Sexual Health, HIV), Ahmed Hassan Mohammed from Doras, Mamobo-Oghene Ogoro who is the first Sanctuary PhD Fellow at University of Limerick, and Tyrone Guillen who is a member of the Limerick Youth Service Diversity and Youth (DAY) group.

This timely discussion aimed to raise awareness of the work of these community groups and each speaker will reflected on the impact COVID-19 is having on diverse and minority groups in Limerick.

Watch a recording of the webinar below. 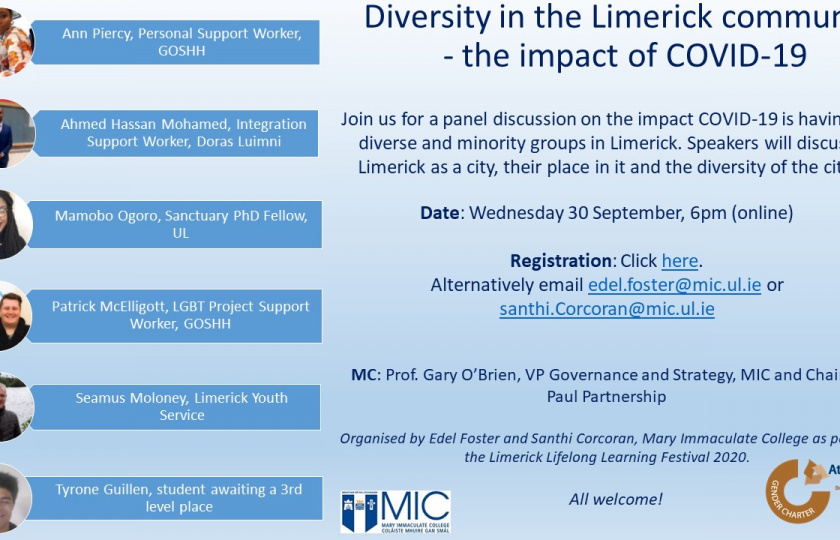 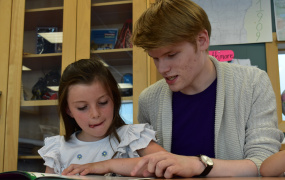 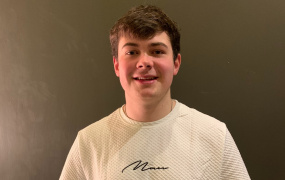 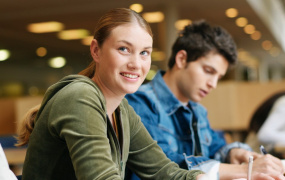 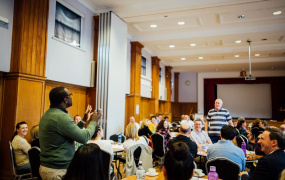 Shining a Light to Celebrate School Leadership during COVID-19